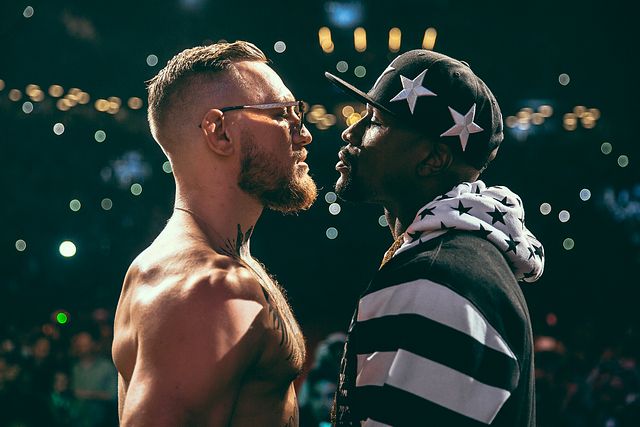 The Mayweather-McGregor Circus is Finally Coming to an End

Fight week is finally here. The biggest fight of the decade — and perhaps ever — is just days away. I, for one, could not be happier.

Maybe I’m an MMA purist, whatever that is, or perhaps I just think Conor McGregor is the most overrated fighter of all time. Maybe boxing just isn’t my cup of tea. Whatever it is, I’m glad this spectacle is almost over.

First, let’s delve into the positive sentiments about this blockbuster event. This whole circus has been a plus for the sport of mixed martial arts. Whether McGregor wins or loses, an entire new demographic of possible fans are now aware of MMA.

I also think this fight will set the record for pay-per-view buys. That distinction is currently held by Floyd Mayweather Jr. and Manny Pacquiao for their fight on May 5, 2015. That fight generated a staggering 4.6 million pay-per-view buys, and that’s not including the millions of people who illegally streamed the fight card. This fight should top that number.

MMA fans will be the driving force that makes this event the most successful night of fights of all time. When it’s all said and done, and all the numbers are calculated, I anticipate around 5.5 million buys.

Those are the biggest pros of this event. Unfortunately, the cons far outweigh the pros.

There has never been so much coverage on the sport of MMA, and while that in itself is a good thing, with the coverage comes unwarranted criticism from “experts” who don’t know the first thing about MMA. You see this type of coverage on ESPN and, of course, Fox Sports 1. Skip Bayless was recently quoted on his sports debate show Undisputed as saying, “Nate Diaz used sumo-style wrestling to beat McGregor.” These “experts” should stick to what they truly know, and obviously MMA isn’t in that ballpark.

Then you have the person who isn’t even a combat-sports fan in the least, but they want to ask you all kinds of questions about that “MacGyver” guy and if he is any good. Yeah, that really happened.

However, the most overlooked aspect of this entire spectacle is the other fighters stuck in limbo in the UFC’s lightweight division. Guys like Tony Ferguson and Khabib Nurmagomedov are now left in a holding pattern, wondering if the current king of the lightweights will ever fight in the UFC again. This is the real travesty.

And if one more uneducated casual observer of MMA tells me that McGregor is the greatest fighter to ever step foot in the Octagon, I might just lose my mind.