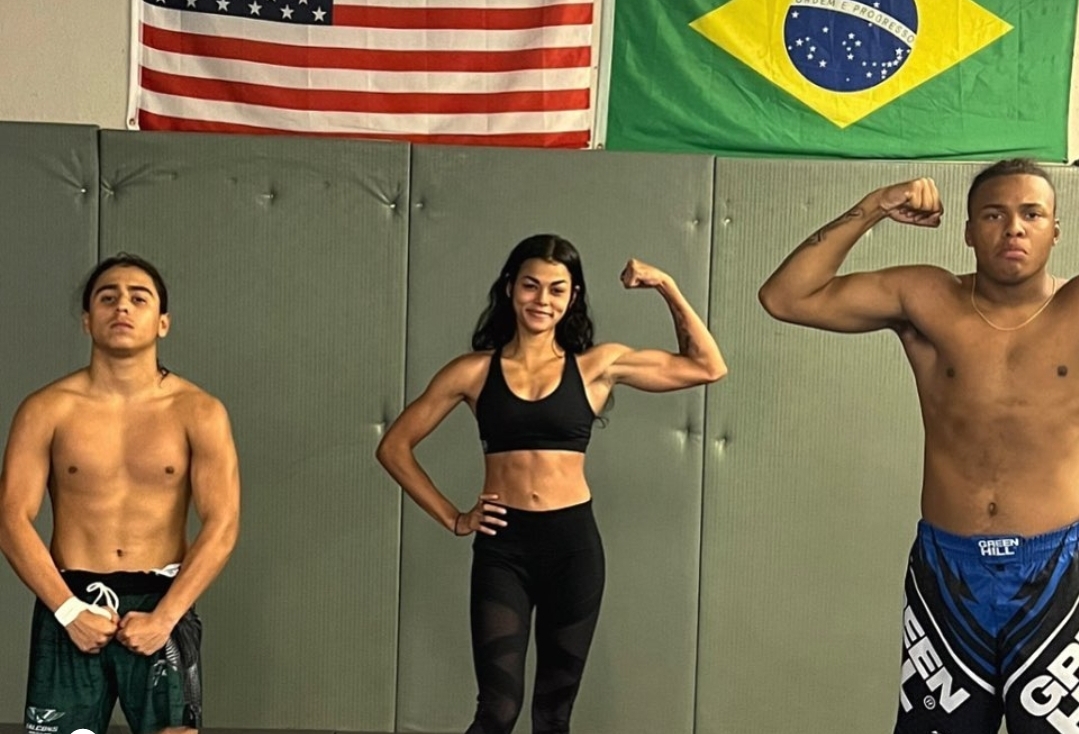 There are not a lot of mainstream MMA fans who are familiar with the International Mixed Martial Arts Federation, but the organization has served as a fantastic feeder system for young amateur MMA prospects, who eventually plan to transition to a professional MMA career. One of the most prominent fighters the organization has produced is two-time IMMAF world champion Jose “Shorty” Torres.

Torres went pro in 2016 and is now 10-1-1. He is a veteran of the UFC and Titan FC, and currently is sitting near the top of BRAVE CF’s flyweight division. He is one of only two fighters to defeat ONE Championship’s current number-one strawweight contender Jarred Brooks.

Anthony Bivins never fought for IMMAF, as the organization was beyond his time in the cage. But, the former fighter, who also has black belts in Kempo karate and Brazilian-jiu-jitsu, and has trained in Muay Thai with UFC veteran Duane “Bang” Ludwig, has been raising a team of prospects out of his own gym, House of Moons, in Orangevale, Calif. It’s just outside of Sacramento. He has one of the top pankration teams in the country, and his eldest daughter, Lea “First Moon” Bivins, has been leading the way. She did, in fact, fight in IMMAF, picking up silver at the 2019 IMMAF Youth World Championships. She also has a great deal of experience competing in wrestling and jiu-jitsu, where she has racked up multiple championships.

“We also have one of the greatest wrestling teams and coaches in the nation right now at Swamp Monsters Wrestling,” First Moon told Combat Press. “We’re just a little hole-in-the-wall gym. We just come in, and we grind every day, like, three to four times a day – different mixed martial arts practices and that type of thing.

“I liked growing up in Sacramento, and I had a lot of friends out here. I have a younger brother, we’re about four years apart, so I always had somebody to play with. I’d always make him play Barbies with me, and then, in return, I’d have to play Transformers. I have a younger sister as well. She’s about six.

“My dad was actually a professional fighter, so I would go with him to practices when I was about four. He fought for a few years professionally, and then he got into the coaching aspect. I was able to actually have him for most of my life growing up as my coach. I’ve had some other coaches as well, but I really like martial arts and fighting. I feel like it’s really something different. You don’t see a lot of females doing it in the sport, so it’s really fun.”

Bivins was supposed to make her amateur MMA debut in Nov. 2021, but the fight was cancelled. She had previously taken a year off of competing to complete her certificate in medical coding and billing, which is her backfall if fighting doesn’t work out, but her focus is on a career in MMA. 2022 has thus far proven to be a pivotal year for her future.

Earlier this year, Bivins found out she was being signed to the ONE Championship atomweight division. The 19-year-old was hoping something big was on the horizon, but to make her pro debut with ONE was something she was not exactly expecting.

“It did kind of come out of nowhere,” said the Californian. “I was still training, and actively training two to three times a day, but, yeah, the contract definitely came out of nowhere. My dad just woke me up one morning and was like, ‘You’ll never guess who I talked to today.’ And I was like, ‘No way.’ When they told me, of course, I was going to accept the offer. Who wouldn’t? It’s one of the world’s biggest martial arts platforms, and they also have a stacked atomweight division. I know a lot of martial arts organizations don’t have that many atomweights. We have multiple champions and competitors in ONE’s atomweight [division].”

A ONE contract is a huge step forward for the aspiring pro fighter. Bivins has not always thought this would be her career path, but it is one she has been training for since she was practically a toddler.

“Growing up, I always wanted to be like a doctor in the healthcare field, so I definitely did chase my passions when I went to school for my medical coding and billing,” Bivins admitted. “I was always around the gym and my dad. A bunch of my other family members train as well, so I knew I’d always be in the gym, and even hoping to get signed pro. I had a pretty typical childhood. My brother and I played all the time – on the mats, off the mats. We always went camping and on a lot of vacations as a family. My parents definitely gave me a great childhood.

Bivins and her family still all live under one roof, and most of her training takes place at her family’s gym. However, she has also had the opportunity to train with United MMA and Ken Lee’s unofficial first family of ONE Championship. Lee’s son Christian is the former ONE lightweight MMA champ, and his daughter Angela is the promotion’s current atomweight MMA titleholder. Their younger sister Victoria is currently 3-0 as a pro in ONE as well. Bivins, like Victoria, would like to jumpstart her career quickly over the next 12 months.

“I would prefer to have at least two more fights before the end of the year,” said Bivins. “I would definitely like to get some training in Hawaii with the Lees, as well and just kind of travel around and be able to train at different gyms, see different fighters and that type of thing – get a little bit of cross-training in.”

The Lee family and the Bivins family have both had a lot of exposure in the world of youth pankration. Both families have competed and trained fighters to compete at a young age.

“I grew up watching Angela’s and Christian’s matches, said Bivins. “My dad always showed me their pankration fights, and they were definitely an inspiration to my career. I didn’t get really acquainted with them until Victoria’s pro debut. I actually got to go over there and get some training in with them for that fight camp, and we became really acquainted with each other in 2019 at the IMMAF World Championships – me, Victoria, their little brother Adrian and some of the other United teammates. They were on the same team as me, so that’s kind of how I think we got acquainted with each other.

“I’m always welcome to go over there. I know if they ever wanted to come out and get training with us they’re more than welcome.”

On Friday, Jul. 22, Bivins makes her pro MMA debut at ONE 159: De Ridder vs. Bigdash. She will have no walk in the park either, as she will face India’s Zeba Bano. Bano, on paper, is 1-1 as a pro, but, like Bivins, she has wrestling experience and some exhibition MMA bouts under her belt. She made her ONE debut in May, when she faced Nat “Wondergirl” Jaroonsak, but she lost that bout by first-round submission. She will be coming back hungry against Bivins, but the California native has no plans to drop her own ONE debut.

“I expect an amazing match, honestly. I feel like one gave me a really good um matchup stylistically so I accept that they expect a really exciting fight. I also expect me to do great things.”

For a young woman who was basically born and raised in the gym, there is not a ton of time for life outside the mats, but Bivins is still a teenager, so she still makes time for herself.

“Outside of training, right now, I’m definitely like a water girl, California through and through,” explained Bivins. “I love going to the lake, the ocean, that type of thing. I recently got a puppy, eight months ago, so I’m definitely a puppy mom and in puppy-mom mode fully. My dog’s extremely spoiled. When we practice with the team, we go out and do cardio, my dog comes, and I let him off the leash, and he thinks he’s on the fight team. So, he comes and runs with us.”

Bivins’ puppy, Buddha, is a corgi-pitbull mix with some other breeds likely mixed in there. He’s smaller in stature that she was hoping, but he’s all about the training at a young age, just like his mama.

This Friday, live from the Singapore Indoor Stadium, and airing free on ONE’s website, Bivins will make her first walk as a pro, and what could be a better stage than ONE’s patented Circle? She and Bano will open up the lead card of the event at 6 a.m. ET, and her expectation is simple.

“I have a prediction of me getting my hand raised, obviously,” said Bivins. “I’m sure you hear a lot of fighters say that, but, like I said earlier, just an exciting fight. I know we’re the first bout of the night, so I do want to start the show off with a bang and show everybody why I did get signed and signed professionally at 19.”