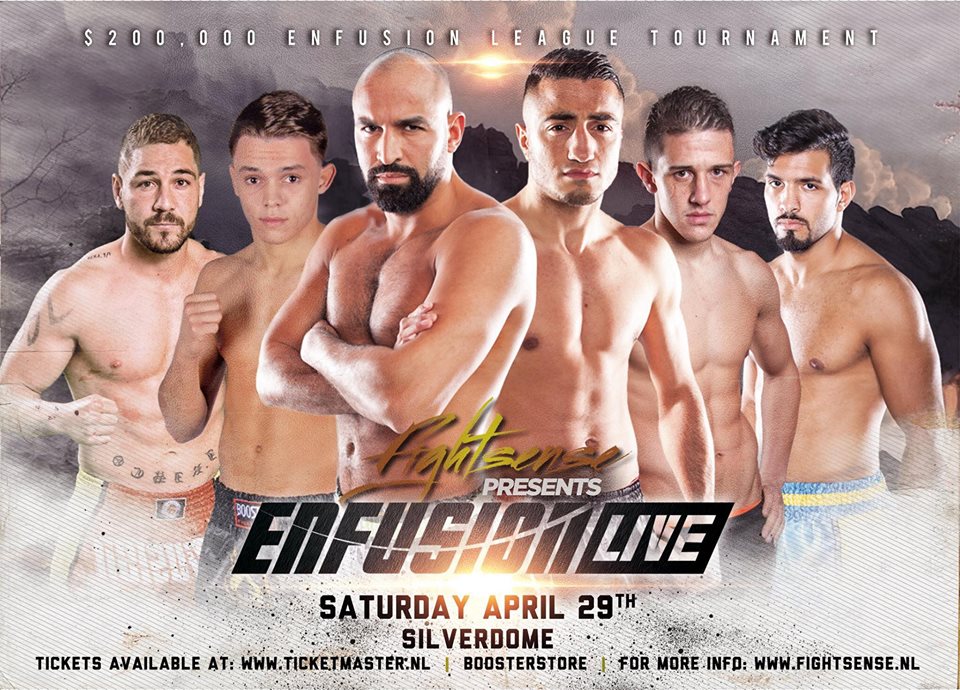 On Saturday, April 29, Fightsense and Enfusion traveled to Zoetermeer, The Netherlands for Enfusion Live #49: The Hague.

In the evening’s main event, newly crowned Enfusion 85-kilogram champion Ibrahim El Boustati got his revenge against Filip Verlinden. Verlinden had previously defeated El Boustati at Enfuison 41 after the initial judge’s scorecards in favor of El Boustati were overturned.

In the night’s Enfusion league action, Tayfun Ozcan knocked out Nordin Ben Moh in the second round to hand him his first loss in Enfusion league competition, Redouan Laarkoubi continued his upset streak with an extra round decision win over Mohamed Jaraya, and Yassin Baitar toppled Enfusion champion Jonay Risco.

Following the fourth round of league action, the results are as follows: Ozcan takes the lead with 11 points. Ben Moh and Risco are now tied at nine points. Jaraya slipped into a tie for fourth with Baitar and Laarkoubi at seven points.