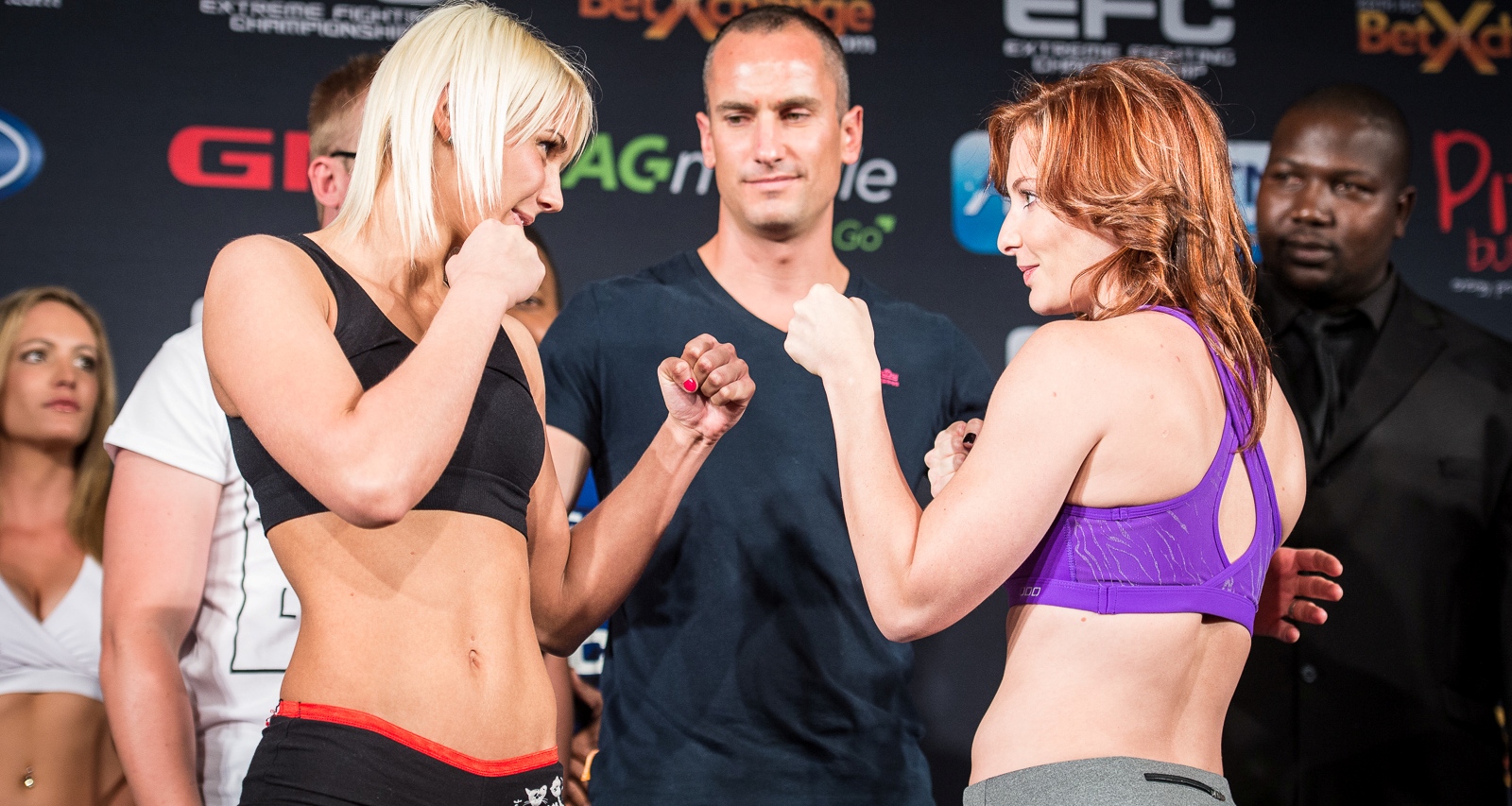 The event is headlined by a trilogy fight between Leon Mynhardt and Don Madge with the lightweight title on the line. In the co-main event Adam Speechly attempts to be the first man in EFC history to defend the welterweight title when he squares off with David Buirski.

Mynhardt enters his title defense riding a four-fight winning streak as he aims to defend his title for the third time. The last time that Mynhardt and Madge met, it led to a controversial split decision victory for the champion.

Madge has not tasted victory inside the EFC Hex since winning the lightweight title at EFC 20 on in June 2013. Since that bout he lost the aforementioned fight against Mynhardt and then followed that up with a draw against Boyd Allen.

Below are the results of the event’s weigh-ins: