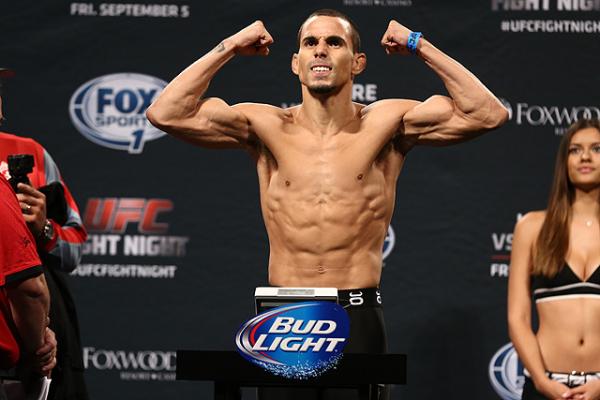 The UFC’s January visit to Boston has added a twelfth bout.

Combat Press has learned through sources close to the situation that Boston native Charles Rosa will face off with fellow featherweight Sean Soriano at UFC Fight Night 59 on Jan. 18.

Rosa will try to rebound from the first loss of his career. The 145-pound fighter stepped in on just a week’s notice to battle Dennis Siver at UFC Fight Night 53 in October. Rosa fell by decision in a “Fight of the Night” performance. Prior to the loss, the American Top Team fighter had finished all nine of his career wins.

Soriano, meanwhile, will be looking to snap a two-fight skid. The Rhode Island native was submitted in his UFC debut by Japanese veteran Tatsuya Kawajiri, and then dropped a decision to Chas Skelly at UFC Fight Night 50 in September. The 25-year-old opened his career with eight straight wins, including six via stoppage.