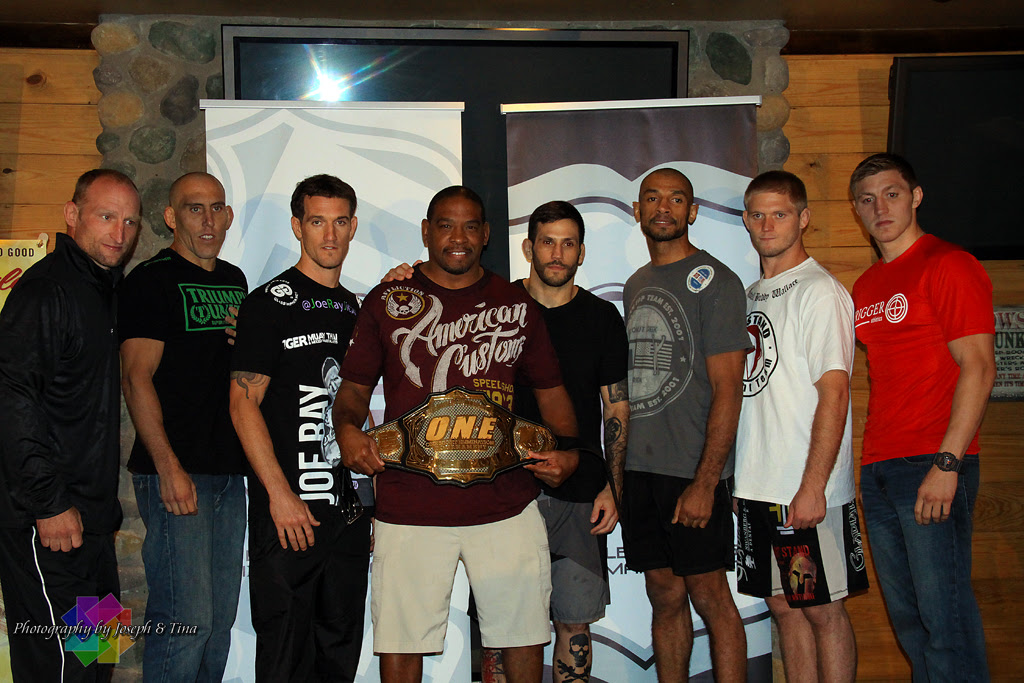 On Friday, Oct. 3, BattleGrounds MMA will hold O.N.E., a one-night, eight-man welterweight tournament that will award its winner a grand prize of $50,000. The event takes place from the BOK Center in Tulsa, Okla. The night’s action airs live on pay-per-view.

The tournament field is a mix of UFC veterans and fast-rising prospects. The match-ups were selected during a live draw at the weigh-ins on Thursday, Oct. 2. The eight fighters competing for the cash prize will be Cody McKenzie, Jesse Taylor, Joe Ray, Brock Larson, Luigi Fioravanti, Roan Carneiro, Trey Houston and Randall Wallace.

McKenzie, Taylor, Larson, Fioravanti and Carneiro have all competed in the Octagon, Ray has appeared in Strikeforce and XFC, Houston has fought for Bellator, and Wallace is a veteran of Tachi Palace Fights.

The card also features a featherweight tilt between Jamal Parks and Ruben Warr, as well as a bantamweight contest featuring Chris Gutierrez and Tyler Shinn.