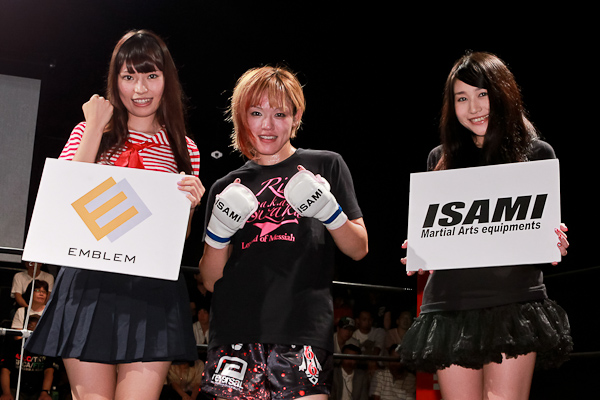 In last week’s edition of Out of Obscurity, we looked at Mamed Khalidov’s KSW bout. Just one week later, Khalidov’s cousin, Aslambek Saidov, is set to throw down in Russia at “Battleground,” Absolute Championship Berkut’s 40th show. Unlike Khalidov, Saidov draws an opponent whose name should ring a bell with many American fight fans. Saidov is set to meet The Ultimate Fighter 7 participant and UFC veteran Jesse Taylor in a welterweight affair.

Saidov hasn’t been quite as dominant as his middleweight relative, but the Polish welterweight has compiled a strong resume all the same. He started his career in 2008 and won his first five outings before stumbling in back-to-back fights against Attila Vegh and Vitor Nobrega. Saidov rebounded with a seven-fight winning streak before suffering his third career loss. The fighter’s next bout was a title tilt under the KSW banner. Saidov topped Borys Mańkowski to capture the title. After winning two bouts as the champion, Saidov surrendered the belt to Mańkowski following a submission loss. The 32-year-old, Russian-born fighter has won all three of his subsequent fights, including bouts against established European regional stars Rafał Moks and Yasubey Enomoto. Saidov has finished four opponents via submission and stopped four foes with strikes, but the majority of his 18 wins have come on the scorecards. He has been submitted twice and suffered a TKO loss.

Taylor is a perpetual grinder. “JT Money” uses his NCAA Division I wrestling background to its fullest in order to stifle any offense from his opponents. Sometimes it works — he advanced all the way to the TUF 7 finals before an incident at a casino prompted the UFC to remove Taylor from the fight and the promotion — and sometimes it doesn’t — Taylor has been submitted by C.B. Dollaway, Luke Rockhold, Thales Leites, Hector Lombard, the aforementioned Khalidov and Mańkowski, Dave Branch and Maiquel Falcão, among others. The Team Quest southpaw has spent time fighting all around the world. He’s already a UFC, Strikeforce, Dream, KSW, Cage Warriors and World Series of Fighting veteran. The 33-year-old’s biggest struggle is in finding consistency. Even his pre-TUF career was not perfect, and his best stretches have consisted of seven straight wins. Despite his reputation as a grinding wrestler, Taylor does have 16 submissions and five wins by some form of knockout. Unfortunately, his loss column also includes 12 submission defeats.

Saidov’s biggest weakness in this encounter could be his lack of finishing ability. He does have eight stoppage victories, but he has gone the distance 10 times in victory and once more in defeat. He’ll need to be much more aggressive against Taylor, who is very vulnerable to submissions. This fight is really a case of who can dominate on the mat. If Saidov can keep Taylor on the defensive, then the Polish fighter might take the scorecards or even coax a tap from the American fighter. If Taylor’s wrestling proves superior, then Saidov will be on the other end of the equation.

Saidov has defeated some tough regional foes, but Taylor has seen — and in some cases defeated — far better global talent. Taylor’s inconsistency will always be a concern, but he should be capable of outworking Saidov and eventually catching the Polish-based fighter in a submission.

The Resurrection Fighting Alliance has a reputation as one of the top developmental leagues out there. While the promotion tends to feature UFC-ready prospects on most of its cards, the 38th edition may be a glimpse further into the future. Undefeateds such as Chris Padilla, Albert Morales, Matt Sayles and Ray Elizalde all hold impressive marks, but they could use more seasoning. Meanwhile, the fighters at the top of the bill still seem to be a victory or two away from their crack with the UFC. Those fighters are lightweights Thiago Moisés and Jamall Emmers, and they will collide in a title affair in Friday’s headlining bout.

Moisés captured the vacant RFA lightweight gold in his most recent outing when he submitted veteran combatant Dave Castillo. It was the Brazilian’s second win under the RFA banner, and the streak was a welcomed departure from his lone career loss to current UFC fighter Jason Knight. The 21-year-old was 5-0 in Brazil prior to expanding his brand to the United States for his fight with Knight and his two RFA appearances. He has four submission finishes and one knockout. The young grappler’s loss to Knight came via a decision. Moisés made the highlight reels with his helicopter armbar of Castillo.

Emmers is entering the RFA cage for the first time after a strong run across numerous promotions, including the Tachi Palace Fights organization and Legacy Fighting Championship. He debuted in 2012 and went 1-1 through his first two fights before finding his groove and piling up six straight wins. During his streak, Emmers topped Ernest De La Cruz at Legacy FC 17 and took victories at three Best of the Best events to maintain a grasp on the promotion’s featherweight crown. His second career loss came against veteran Rey Trujillo at the fourth Best of the Best show. Trujillo, a Legacy and Strikeforce vet, submitted Emmers in the second round. The 26-year-old then moved to Tachi Palace Fights, where he has picked up his two most recent victories. The Pinnacle MMA product has three finishes via strikes and two submission victories.

Emmers has the advantage of stepping in as a late replacement for E.J. Chavez, so Moisés has not been preparing specifically for this challenge. That aside, we’re talking about a young Brazilian grappler with a slick ground game. If the champ can get Emmers to the mat, then this fight could bolster the Brazilian’s highlight reel even more. Emmers, meanwhile, could excel in a stand-up affair against a fighter who has only knocked out one opponent, albeit in pretty quick and spectacular fashion.

Moisés is the more UFC-ready of these two fighters, and another slick submission could be enough to punch his ticket to the big show. The Brazilian has landed a head kick that resulted in a 23-second knockout, so he’s not completely harmless on the feet. On the ground, he’ll be a nightmare for Emmers. Emmers is going to spend this fight fending off submissions, but he can only be successful for so long. Moisés will emerge with the win.

Deep Jewels hasn’t quite put forth cards with as much depth as it did in its earlier days. The promotion has had a tough time as many of its big names have departed to fight elsewhere. However, the promotion’s 12th event does feature a strong headliner that pits veteran Emi Tomimatsu against Naho Sugiyama in a battle for the vacant atomweight title.

The 34-year-old Tomimatsu has not had the easiest of careers. She debuted in 2006 and suffered losses in her first two Shooto bouts. Next, she went 2-1 under the Smackgirl banner, but her loss came to top fighter Mei Yamaguchi. She made one stop in Pancrase — a loss to Tomomi Sunaba — before becoming a Jewels mainstay in the days before the promotion became part of Deep. She won her first three Jewels outings, but then suffered another loss to Yamaguchi. She lost her next two fights to Mika Nagano in Jewels and Kailin Curran under the PXC banner. She then posted her best run in a tournament with Deep Jewels when she defeated Nagano and claimed a disqualification victory over Mizuki Inoue when Inoue missed weight. Inoue actually won that bout before the victory was overturned to a disqualification, and Inoue decisively won the rematch via submission. She has won four of her last six, but her most notable victory came against Saori Ishioka and her losses came to Emi Fujino and Mina Kurobe. She has seen the scorecards 14 times, including five split verdicts.

The 38-year-old Sugiyama was a 7-0 prospect coming out of her stints with Valkyrie and Jewels. She entered the Invicta FC cage against Jessica Penne in a battle for the Invicta atomweight strap, but the Japanese fighter fell short and suffered a submission loss. The defeat was the beginning of a downward tumble for “Sugi Rock” that also included decision losses to Celine Haga and Seo Hee Ham. Sugiyama finally righted the ship with a pair of wins over fighters floating around the .500 mark, but she suffered another setback when she clashed with Ayaka Hamasaki, a former strawweight who made her 105-pound debut against Sugiyama. Hamasaki finished “Sugi Rock” by way of a first-round TKO. Sugiyama returned to the win column with a decision nod over the aforementioned Kurobe.

Despite Sugiyama’s superior winning percentage, this should be a very competitive affair. Tomimatsu has faced a large number of top strawweights and atomweights, and she’s taken many of them the distance. She might not always win fights, but she’s a tough opponent for anyone. Sugiyama has been ranked higher than Tomimatsu throughout her career, but she doesn’t have as long of a list of notables on her resume. Yasuko Tamada and the upstart Kurobe are her biggest wins, but she’s suffered losses to the true top names on her record in Penne, Haga, Ham and Hamasaki. Sugiyama isn’t getting any younger, either.

This could be Tomimatsu’s chance to claim a major title. She’s forced Yamaguchi to the scorecards twice, and one of their fights ended in a divided set of judges. If Tomimatsu can do that, she’s capable of convincing the judges that she’s the better fighter when she meets “Sugi Rock.”