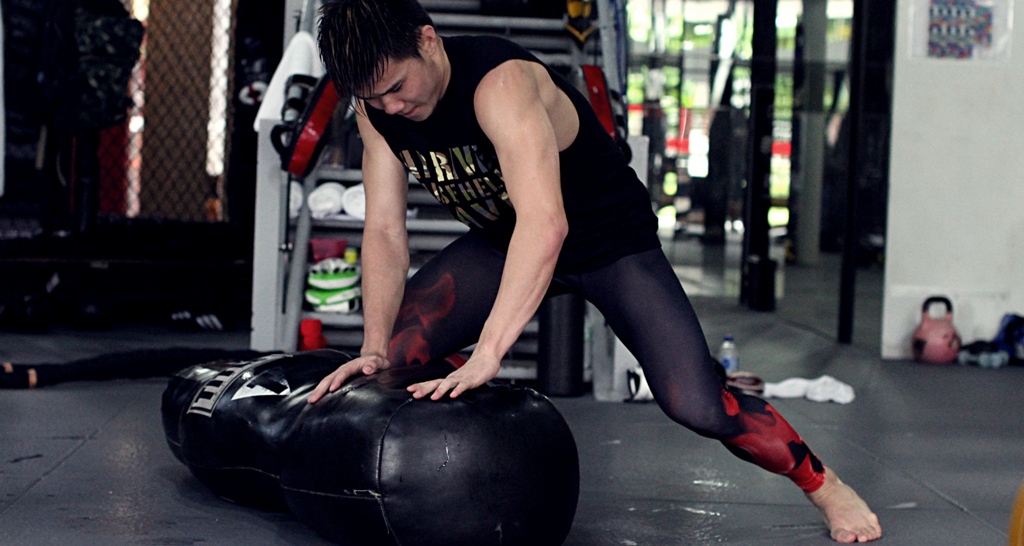 He was little more than a kid, but there he stood, in the field of battle in a grown man’s sport. At just 17 years old, Benedict Ang was competing in amateur mixed martial arts.

It was two years ago when the teenager first competed. Not all kids are prone to explore the idea of leaping into a sport such as mixed martial arts. At that age, many young Singaporeans have a life devoted to school. It’s about doing everything they can in order to set up their future.

Ang isn’t like most other young adults, though. Over the course of two years, he amassed an impressive amateur fight record. Now, he looks toward his own future as a professional fighter. In front of him, Ang has the opportunity to debut as a pro in one of the world’s largest MMA companies.

“Curiosity was the main factor to me starting mixed martial arts, and passion is what keeps me going,” Ang explained to Combat Press. “MMA has definitely changed my life in more ways than one, and I’ve come to love the sport more and more each day.”

Ang, a teenager, is still growing up. Sure, he has matured beyond his years with the help of the discipline instilled in him through martial arts, but he’s still considered a kid. As such, his family and, most importantly, his parents still offer a large influence into the direction of his life.

“My family thinks that it’s good that I found my passion and I’m doing everything I can to live my dreams,” he said. “They have been very supportive in my training and my fights. I’m really happy to have them constantly behind me.”

At this stage of his life, Ang is unable to commit to full-time training. For a lot of mixed martial artists, the inability to focus 100 percent on training comes down to having to work a job to pay the bills. In Ang’s case, it’s more about expanding his knowledge, both inside and outside of his competitive realm.

“School impacted my MMA aspiration, as I am not able to train with the rest of the Evolve Fight Team as regularly as I would love to,” Ang said. “Everyone has their own obstacle to overcome. Many fighters are working more than one job just to chase their dreams. So, as much as I would love to train with the Evolve Fight Team on a daily basis, I’m very grateful for what I have and I’ll make the best out of it.

“As much as I love training in mixed martial arts, I know that having a good education is also very important. Plus, I love the challenge of juggling school with training, as it improves both knowledge as a potential sports coach — the course that I’m studying — and as a mixed martial artist. Every day, I’m learning something new in school from my lecturers and something new on the mats with the world champions at Evolve MMA. It’s my journey to continuous self-improvement.”

“It feels great. I know that I will have the support of my fellow Singaporeans, and I’ll do my best to make them proud,” Ang said. “I know he is a tough opponent, and I have respect for him. However, I don’t really focus much on my opponent, but rather focus on my strengths and executing my game plan.”

With his amateur experience behind him, Ang now looks to the biggest opportunity of his young life. While there are still many years ahead for him in terms of studying and working out what he plans to do with his life, his passion for mixed martial arts and competing all comes down to May 22 and how he fares in front of a capacity crowd and the flashing lights.

“Having competed several times in amateur competitions over the years has definitely given me some insights about competing inside the cage,” Ang admitted. “However, I am also lucky to be surrounded by world champions who have competed literally hundreds of times, and the experiences and knowledge will undoubtedly help me when I step into the ONE Championship cage come May 22. I am definitely ready.

“I’m really excited to be stepping up onto such a big stage with ONE Championship. I have watched many shows as a fan and spectator in the previous shows, and I can’t believe that I’m finally walking down the ramp and into the cage next Friday. No words can fully describe how I truly feel.”

Benedict would like to thank Chatri Sityodtong for giving him the opportunity to be a part of the prestigious Evolve Fight Team. He would also like to thank his family for always being there for him and supporting him all the time. He would like to thank all the world champions who have aided in his development as a mixed martial artist, and, of course, all of his friends.
Advertisement