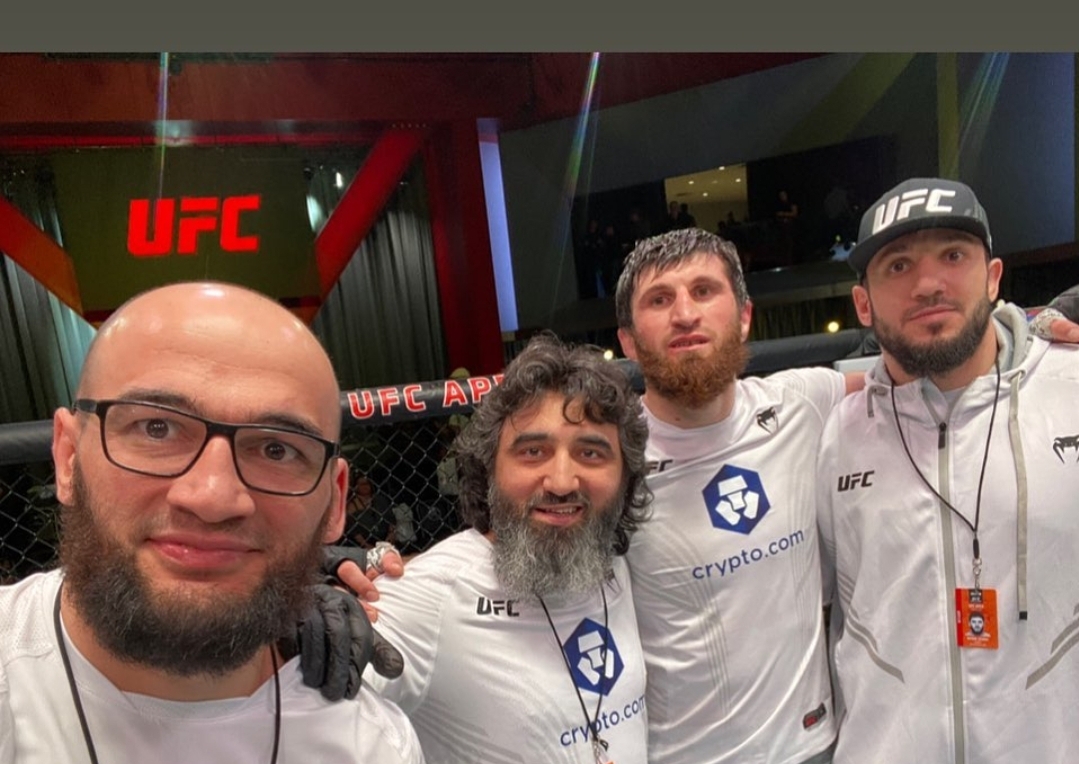 Will Magomed Ankalaev Make a Statement at UFC 277?

Magomed Ankalaev faces Anthony Smith at UFC 277 this Saturday. This fight appears to be a number-one contender bout in the UFC light heavyweight division. Ankalaev has won all but one of his nine UFC contests, but still has a relatively low profile in the MMA community. Can he make a statement against Smith this weekend and earn a title shot?

Heading into this weekend, there does not seem to be an obvious number-one contender for Jiří Procházka’s UFC light heavyweight title. Jan Błachowicz was able to secure a victory over Aleksandar Rakić in May, after the Austrian suffered a knee injury in the second round of their fight. The circumstances surrounding the end of this contest do not appear to give Błachowicz a solid case to be next in line for the title. Nonetheless, the Pole has been actively campaigning for a championship opportunity and was in the crowd at the title fight between Procházka and Glover Teixeira at UFC 275 in June. Błachowicz exchanged words with the champion in the aftermath.

The man who currently appears to be the favorite to get the next shot is the aforementioned Teixeira. The Brazilian lost the title to Procházka at UFC 275 in what is widely regarded to be one of the best fights of the year so far. The fact that Teixeira dominated large parts of such an entertaining bout has given him a strong argument to warrant an immediate rematch. On Procházka’s social media, he recently appeared to choose Teixeira to be his next opponent. However, this was not confirmed by the UFC, who appear to be waiting for the outcome in the bout between Ankalaev and Smith before making any decision regarding the number-one contender.

Ankalaev could already argue that he has the best case to be the number-one contender. The Russian is on an eight-fight winning streak inside the Octagon and has been dominant in nearly all of these bouts. He is coming off a one-sided, yet somewhat lackluster, decision victory over former title challenger Thiago Santos. That contest was Ankalaev’s first main event in the UFC and appeared to be an ideal platform for him to enhance his title hopes. While he was able to secure the win, the fight was fairly uneventful, and there was a lack of activity for large periods.

The Russian could justify his cautiousness, as when he did become overzealous at the end of the second frame, he was knocked down. Santos may not be the fighter he once was, but he still carries tremendous power. The threat of his power has deterred the likes of Rakic and Johnny Walker from pursuing their usual aggressive game plans when they have faced him.

Ankalaev has had impressive knockouts in the UFC, such as those against Ion Cutelaba, Marcin Prachnio and Dalcha Lungiambula. However, he has also had fights where he has appeared to coast against out-matched opponents, like in his contest against Volkan Oezdemir. This has slowed down Ankalaev’s path up the rankings and could explain why he has not yet received a title shot despite having a long winning streak.

It is notable that the current champion Procházka earned a championship opportunity after just two UFC bouts, following his highlight-reel knockouts over the aforementioned Oezdemir and Dominick Reyes. This suggests that Ankalaev may need to get a memorable finish over Smith this Saturday to eliminate any doubt of him being next in line for the title.

The Russian’s game is built on choosing his moments to explode and land big shots, rather than trying to constantly look for the finish. This style has enabled Ankalaev to mitigate risk and has helped him navigate his way up the ranks but now may be the time for him to take some more chances. This could backfire against a prolific finisher like Smith, but Ankalaev would be confident that he has the superior power and explosiveness to get the better of a close quarters brawl.

However, it is unlikely that Ankalaev will stray from his regular approach on the feet, considering the success that he has had by being measured and calculated. He would perhaps have an easier path to getting a finish by implementing his wrestling. Ankalaev is primarily a striker, but he is also a capable wrestler. In Smith’s last few losses, he has struggled against strong, physical fighters that have utilized wrestling-heavy game plans against him. Ankalaev should possess the edge in terms of physical strength and he could look to exploit any potential weaknesses that Smith has on the ground.

Ankalaev faces a resurgent Smith this weekend. Following the 34-year-old’s loss to Rakic in Aug. 2020, his third defeat in four fights, his title hopes seemed to be extinguished. The Nebraska native has impressively rebounded since then, registering three first-round finishes. Smith has momentum behind him and has been vocal about not being particularly impressed with Ankalaev’s body of work. He has claimed that he will push the pace against the 30-year-old. It remains to be seen if Smith will be true to his word, but, if he is, he would likely be playing into Ankalaev’s strengths. The Dagestani is an excellent counter-striker and he would likely capitalize on any openings that he gets from an overly aggressive Smith.

The 30-year-old is a mild-mannered individual and the fact that he cannot speak English further prevents him from being able to effectively call his shot. Ankalaev has not been able to cultivate an English-speaking following who will campaign for a title opportunity on his behalf. While this may not be the priority for most fighters, being a draw has helped certain UFC fighters get opportunities that they may not have merited. Speaking English is not a prerequisite for getting a UFC title opportunity, but it would certainly help Ankalaev’s cause.

This Saturday, Ankalaev could finally cement his position as the number-one contender in the UFC light heavyweight division. Getting a victory over a fighter with the profile of Anthony Smith on a pay-per-view should propel Ankalaev into the consciousness of the mainstream MMA community.