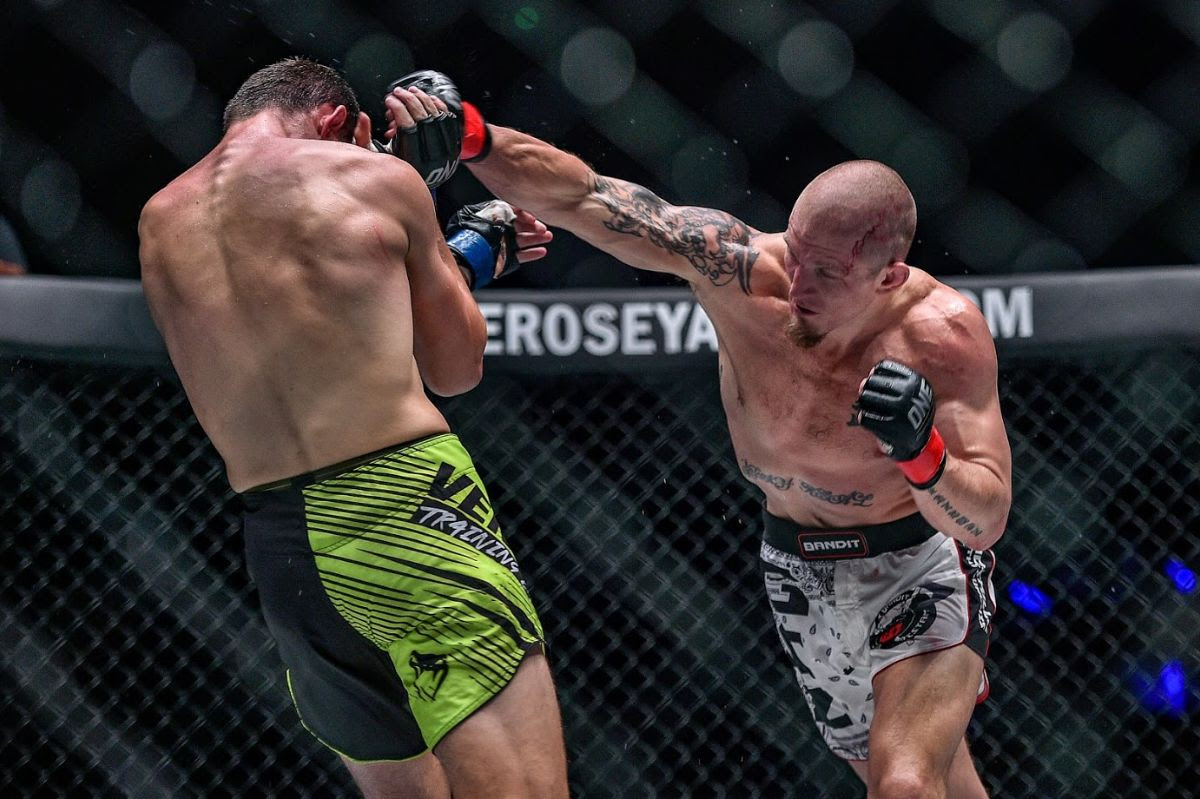 ONE Championship: Dawn of Valor Preview and Predictions

Need a reason to care about ONE Championship’s latest event, dubbed “Dawn of Valor”?

How about a welterweight title showdown between champion Zebaztian Kadestam and challenger Kiamrian Abbasov, each of whom are on three-fight winning streaks and boast 10 knockout victories?

How about a rematch between kickboxing star Nieky Holzken and the man who beat him to become the first-ever ONE lightweight kickboxing champ, Regian Eersel?

How about the promotional debut of former UFC flyweight and bantamweight contender John Lineker, who is set to meet Muin Gafurov?

These are just three of the fights in a strong card from Asia’s top promotion. In total, the lineup features two title contests, 12 MMA fights, two kickboxing bouts, and one Muay Thai affair.

The action takes place at Istora Senayan in Jakarta, Indonesia, on Friday, Oct. 25. The festivities kick off at 7 a.m. ET. Fans can catch these fights via pay-per-view through the ONE Championship app.

Zebaztian Kadestam has ruled the ONE welterweight roost since Ben Askren’s departure. Is Kiamrian Abbasov the one to end this reign?

Kadestam has stood tall over the division, but he’s had his misfires. Before he ascended to the throne, he lost his bid against Askren, and he even entered ONE on the heels of a loss to Juho Valamaa. In addition, he’s suffered setbacks courtesy of Silas Maynard and Hakon Foss, who is now a modest 9-7 as a pro. On a positive note, he did starch Glenn Sparv in just 11 seconds and added ONE victories over Luis “Sapo” Santos, Agilan Thani, the formerly undefeated Tyler McGuire and Georgiy Kichigin.

Abbasov suffered three of his four defeats early on in his career. He’s compiled a pretty solid resume since then, with only a decision loss to the aforementioned Sapo during a stretch in which he has gone 13-1. He also holds a win over Thani, and he added a recent victory over longtime UFC staple Yushin Okami.

Abbasov isn’t a guaranteed victor, but his strength of schedule and success in those fights far exceeds anything offered by Kadestam’s previous three opponents. Abbasov has plenty of knockout potential, too, which is a scary proposition for a fighter who lost via strikes to Askren, a wet-blanket wrestler.

Abbasov just might walk away from this contest with the title in hand.

Star kickboxer Nieky Holzken is back for a rematch with Regian Eersel. How different will this fight be from their scrap in May?

Not many people saw Eersel’s win over Holzken coming. The Dutch-Surinamese kickboxer employed an aggressive attack, including a knee that put Holzken on the canvas, to seal the win for the inaugural ONE Championship lightweight kickboxing crown. This second fight should be mostly similar, but Holzken will be a tougher challenge for Eersel in the rematch.

Holzken is a veteran kickboxer who has tangled with the likes of Buakaw Por. Pramuk, Andy Souwer, Murthel Groenhart, Cédric Doumbé and Cosmo Alexandre during the course of a career that has spanned the better part of two decades now. He’s also a skilled boxer who is 14-1 with 11 knockouts in that realm. There’s no doubt he’s been studying up on what he did wrong in their first fight and making adjustments so that he doesn’t make the same mistakes twice.

Unfortunately, the trends don’t support the 35-year-old Dutch star. His rematches have always ended in the same result as his initial encounter. He lost to Buakaw twice. He beat Groenhart three times. He topped Alexandre and Raymond Daniels twice apiece. He never could figure out L’houcine Ouzgni. He fell in consecutive fights against Doumbé. Holzken either has what it takes to beat a fighter or he doesn’t. In that regard, he’s consistent. That consistency makes a new outcome against Eersel more unlikely, though.

While Holzken was competitive throughout their encounter, he did get lit up by Eersel’s punches and knees. The 26-year-old’s fists regularly made it through the guard of Holzken. Eersel, while only two inches taller and with almost equal reach, appeared to be the longer fighter in their exchanges, too. This should continue to be the case in the rematch. Perhaps Eersel can even find the knockout this time.

The UFC’s loss is ONE Championship’s gain. John Lineker is set for his promotional debut after the UFC released him in July and ONE snatched him up. Will Lineker find success in his fight with Muin Gafurov?

The UFC really seemed fixated on making ONE Championship’s roster better, doesn’t it? Lineker joins Demetrious “Mighty Mouse” Johnson and Eddie Alvarez as huge additions to the Asian organization. He departed the UFC as a top-10 bantamweight, but the unique ONE weigh-in rules mean he’s essentially moving up to featherweight for this debut.

Lineker’s first ONE outing appears far more difficult than the showcase fights that Mighty Mouse and Alvarez received. Mighty Mouse drew Yuya Wakamatsu, a good-but-not-great Japanese fighter who had gone 1-2 in his previous three fights. Needless to say, Johnson won. Alvarez, a former UFC lightweight champ, ran into Timofey Nastyukhin, whom ONE probably didn’t expect to deliver a first-round finish to its star acquisition. Compared to Wakamatsu and Nastyukhin, who was coming off a loss when he met Alvarez, Gafurov is riding a five-fight winning streak that consists entirely of first-round stoppages. Far more impressive, wouldn’t you say?

Gafurov is a longtime member of the ONE roster, and he’s only suffered decision losses as a pro. Those defeats came in 2016 against the combo of Reece McLaren and Kevin Belingon. He’s recently decimated four .500ish fighters and Leandro Issa. That’s where Gafurov’s resume begins to fall apart. He’s 16-2, but only Issa and Toni Tauru stand out as notable foes.

Lineker’s fortunes rest in his fists. He had amazing power for a flyweight and above-average power at 135 pounds. Now, essentially at 145, it might not be enough. Still, we have to give the benefit of the doubt to a fighter who has decisioned Rob Font, John Dodson and Marlon Vera. Lineker should, at the very least, outwork Gafurov en route to the victory.

The lightweight tussle between Pieter Buist and Antonio Caruso.

Caruso is a newcomer to ONE Championship, but he makes his promotional debut while sporting a perfect record through seven professional bouts. The Aussie submitted veteran Jai Bradney in a 2018 fight for Eternal MMA, and he served out the first pro losses to Nick Wood and Dishon Ravindran, a pair of 2-0 opponents. Buist is easily his toughest fight yet, and it will signal whether Caruso is a potential star for the organization.

Buist, a 31-year-old Dutch fighter, has had his ups and downs throughout a 19-fight career. He suffered back-to-back losses that changed him from a 4-0 prospect to a 4-2 fighter. Three more wins were offset by a 2-2 stretch in which he feel to Tommy Depret and Haotian Wu. The “Archangel” has since rebounded with six straight victories, including a successful ONE debut of his own in a ground-and-pound finish over Kota Shimoishi.

Buist has plenty of finishing ability, but he’s been susceptible to the submission. Caruso just so happens to have four submission victories. You do the math.