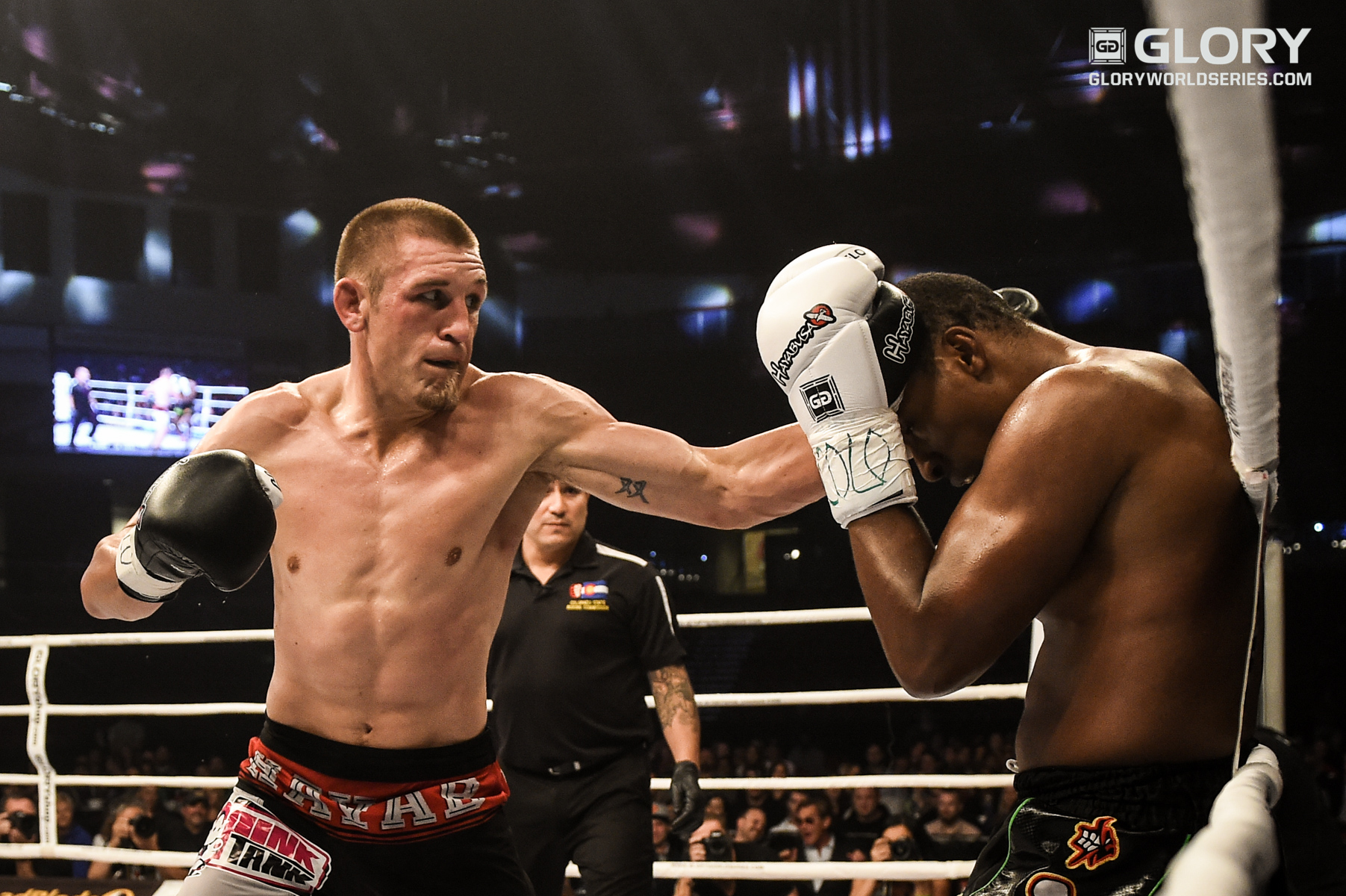 UFC on ESPN 30’s Dustin Jacoby: Stewart Not ‘On My Level’

One of the worst ways for an MMA fight to end, other than an injury, is the dreaded draw. The draw doesn’t necessarily mean it was a bad fight. In fact, some draws have been some of the best fights ever. But, it’s a disappointing conclusion to a contest. Light heavyweight Dustin Jacoby now knows this firsthand.

Jacoby has been a professional fighter for a really long time. He made his pro MMA debut in 2010 and his pro kickboxing debut in 2013. He even had a pro boxing match sprinkled in there. In 38 combat bouts, the Colorado-based fighter had never experienced a draw. He did, however, have 19 knockouts and one submission on the win side, and only six stoppage losses – three in MMA and three in kickboxing. Then, came Ion Cutelaba.

At UFC on ESPN 23 back in May, Cutelaba was supposed to face Devin Clark. However, Clark pulled out less than two weeks before the fight, and Jacoby stepped in on short notice. The bout ended in a split draw, after one judge decided to dock Jacoby an extra point in the opening round. Otherwise, Jacoby would have walked away with a split decision victory.

“I think that it was a tough fight,” Jacoby told Combat Press. “First off, I took the fight on 10 days’ notice, and he had three months to get ready for that fight. Once again, our scoring system is all jacked up, and the judges are a joke. And, it’s not just my fight. Every single fight we see every single week. One judge having our fight a 10-8 round in the first round is absolutely ludicrous.

“I’m confident in mind that he beat me in the first round – no doubt. But we fought for two minutes, and I jabbed him in the face three, four or five times, and kicked a couple hard low kicks that I know he felt. And, then he took me down and controlled the rest of round one. But, even at the end, I threw another jab and ended up throwing another knee at him.

“Yeah, if we’re scoring a fight, he won the first round, but I felt I won the second and the third round. There were two people in the Octagon that night, and right after the fight, he pulled me to the side, looked me straight in the eye and said, ‘You won that fight.’ So, there’s two people that were in there. I felt I won. He felt that he was defeated. If there were one or two more rounds, he was for sure going to be finished. If I fought that guy again on a full camp, I’d finish him. It is what it is. I’m over it.”

It’s been well documented that Jacoby, at only 33 years old, is arguably on the upswing of a third career in combat sports. He had his early MMA career when he was really young, followed by a fantastic kickboxing career, during which he fought for the GLORY middleweight title. Then, he returned to MMA action back in mid-2019, and is currently 4-0-1 after the Cutelaba draw.

Less than a month after his last fight, Jacoby found out he would be fighting against a promotional newcomer tomorrow night at UFC Fight Night: Barboza vs. Chikadze. However, some alleged indiscretions, and a minor speed bump, caused some shake-ups early in his training camp.

“I’ve just been training – grinding weekly,” said Jacoby. “Right after that fight, I had stitches in my nose. I took one week off after that fight, and I got right back to training. That following Tuesday, I busted my nose again – just a freak accident wrestling in training. I had to go see a plastic surgeon and get that taken care of, so I had a couple weeks off there.

Stewart and Mozharov are two very different fighters. The 26-year-old Ukranian fighter’s last three outings all ended in first-round knockout wins in his home country. The Englishman Stewart has been fighting in the UFC since 2016, other than one Cage Warriors fight in 2020. He is currently sitting at 0-2 and one no-contest in his last three fights. His overall UFC record is 5-6-2. Being two different fights with different implications, Jacoby had no issues with the change of opponent.

“Honestly, I love the match-up that I have now way more than Askar Mozharov,” Jacoby said. “I mean, it was his debut, but Darren Stewart is pretty well known. He’s had 13 UFC fights. He’s a UK fighter [and] gets after it. [Stewart’s] got forty thousand followers on Instagram, so people know who he is, man. I think it’s a much better match-up for me. I feel it’s a much better fight for me. And, I think I go in there, and finish this guy decisively, it really pushes me up the ladder closer to that top 15.

Stewart may not exactly be on a hot streak, but he is also no walk in the park. His record is deceiving, considering his last four losses were all by decision and the ones to Kevin Holland and Edmen Shahbazyan were both split. Of his five UFC wins, three were finishes with the most recent being a first-round submission of Maki Pitolo just a year ago.

“Darren Stewart says he’s a kickboxer, and he always comes out brawling. But I promise you, man, he’s going to shoot before I do – no doubt,” said Jacoby. “I’ve been wrestling a ton. For instance, one of the guys I’ve been training with is Cody Brundage, who’s about the same size as Darren Stewart – a little bigger, stronger and a much better wrestler. I guarantee it. I feel like my game’s elevated in that department and just jiu-jitsu in general.

“People forget that from 2013 to 2019, I was chasing a world title in kickboxing. I was devoting all of my time to kickboxing. But, now, I’m doing MMA jiu-jitsu every single day, and every day I’m getting better. I just don’t feel Darren Stewart is on my level, and I need to go out there and prove that.”

Jacoby is on his second stint with the big show, and is doing much better than his first time around. In 2011 and 2012, he was in his early 20’s and went 0-2 before getting bounced from the promotion. He now sits undefeated in five fights for his second run with the UFC, and has a nice long runway ahead of him. He’s focused on the task at hand when he enters the cage tomorrow night, live on the ESPN+ prelims, which kick off at 7 p.m. ET.