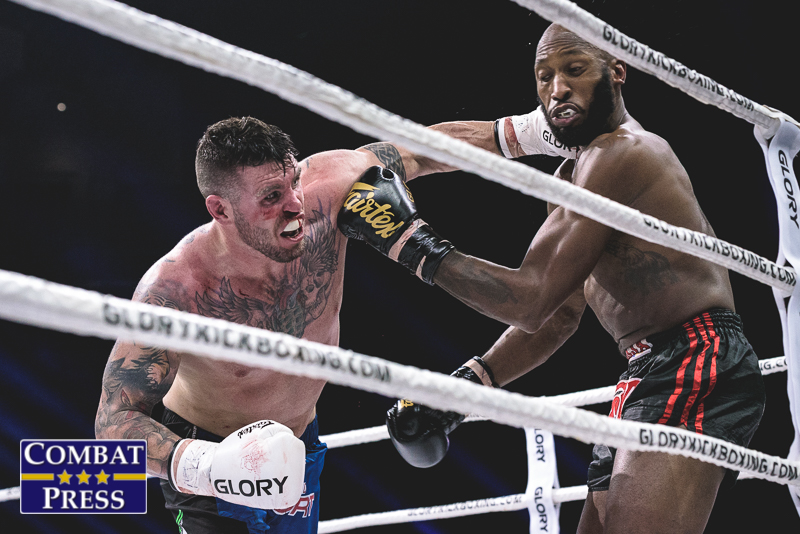 The Professional Fighters League has a unique system for its season format. Once per year, they hold a tournament, which is a points-based with standings. For each of the six weight classes, the top four fighters at the end of the regular season move onto the playoffs. Those are essentially semifinal fights to see who moves onto the finale. The fifth and sixth-ranked fighters at the end of the regular season face off in the playoffs. Those two are reserved as alternates should any of the top four fighters have to pull out.

The PFL may have a more merit-based structure than others, but it still has its flaws. In the regular season, a fighter can win a fight, then lose a fight, or vice versa, and still move on ahead of the guy who beat him. In fact, in the 2021 PFL season, there are fighters who moved on to the playoffs after losing their last fights.

To sum up what seems quite convoluted, Camozzi, Ferreira and Nielsen were all 1-1 to finish the regular season, and Hendricks was 1-0. Because of the points system, though, Ferreira and Nielsen, who both lost their recent bouts, moved on to the playoffs, and Camozzi and Hendricks ended up as the alternates. Camozzi knew he needed a first-round finish over Ferreira, but he was happy to get a win, which he hadn’t experienced in almost two years.

“Felt like I fought a pretty good fight, other than just mental errors,” Camozzi told Combat Press. “I think when I rocked Cezar, and he went to the ground, I shouldn’t have followed him. I thought I was going to finish him there. It’s a lot harder to finish on the ground with no elbows, you know? It’s hard to generate that power with your punches. I think there was a point that I should’ve come back up to my feet and made him come back up. In the moment, it’s hard to think like that. I fought a great fight, but I needed that finish to get into the playoffs.”

While Camozzi understood and accepted the aftermath of the Ferreira fight, the fact that it was a sort of foregone conclusion didn’t sit well with him. It just takes a lot of the luster out of a fight that hadn’t even happened yet.

“It obviously fires me up,” Camozzi admitted. “I think they’ve got to fix some things with that tournament structure. I don’t think you can run a season off of two fights. Because, it’s hard to promote two losers fighting each other in the semifinals and two guys that won on the undercard.

“They announced that [Ferreira] was automatically in the playoffs before we walked out. It was interesting, because I wonder if that changed a little bit about how he fought – like, if he was trying to fight a little bit more conservative. It’s a weird structure for sure. I mean, I get the idea, and I think the concept is really cool, but they just need to work out some kinks. The season needs to be maybe five fights or something. It needs to be longer.”

The PFL seasons typically only run about six or seven months, spanning 10 events. This tightens things up quite a bit, because someone who goes all the way to the finals could potentially fight four times in just half a year. This means an athlete could be in training camp for six straight months or more. Camozzi actually enjoys that aspect of it.

“I’ve been in training camp for three straight fights,” said Camozzi. “I don’t mind it though. Obviously, I’ve got the experience in doing this. I don’t go balls to the wall every training practice. We did a good job of letting my body heal, but keep training. I was a little banged up after my last fight – nothing too bad, just my legs a little bit, because I kick a lot. Other than that, I’ve been sharpening up everything – working on the boxing and stuff still. I’ve been working on the striking. I’ve been doing a ton of jiu-jitsu at Katharo.”

Tonight, live on ESPN, the main card of PFL 2021 9: Playoffs will feature two light heavyweight semifinal bouts. First, Ferreira and Nielsen will battle it out, and then top-ranked Antonio Carlos Junior will face fourth-ranked Emiliano Sordi. On the ESPN+ undercard, Hendricks and Camozzi will fight in a battle of the alternates. The crazy thing is that there was a point at which Camozzi didn’t actually know he was on the card.

“I called them to ask how the alternate works, because Cory and I are the alternates,” Camozzi explained. “I called Ray Sefo to find out and if I needed to fly out to Florida. He was like, ‘Yeah, man. You will definitely be there. You are on the card.’ I was like, ‘Oh, shit. When were you guys going to tell me?’ Luckily, I had come home and just kept training, because knowing I was the alternate, I wanted to be prepared.

“I still think this fight between Cory and I is the real playoff fight. I mean, he beat the Norwegian guy. He submitted him. And, I beat Cezar. But, somehow, they are fighting each other in the playoffs, and we’re not.”

Camozzi really likes the match-up with Hendricks. He felt that Ferreira, while looking quite ripped in physique, was not a very exciting opponent and really just had “beach muscles”, but not too much functional strength. The 33-year-old Hendricks, on the other hand, has a ton of stamina and brings the fight.

“I like it,” Camozzi stated. “Cory showed a lot in his last fight, actually, that I respect a lot. He’s obviously very durable. He kind of weathered the storm on the other giant, Norwegian guy, and came back and got the victory. He took some big shots and kept fighting. Watching that, and knowing that’s your opponent, showed me a lot more than if Cory just knocked him out. It just shows that he has the heart and the toughness to stay in it. I feel like it’s going to be a really tough, but good fight. I think we both bring it. We both look for the finish, and both of us are hard to put away.

“He was cornering Tom Lawlor in [my] first PFL [event]. He wasn’t an alternate or in the tournament at all. I kind of hung out with those guys for the 17-day quarantine, and then in the last round. We hung out in the lobbies and stuff. I know him well. He’s a nice guy. I think it’s a good fight.”

Camozzi has a lot of respect for Hendricks and is ready to put on an exciting show. Both guys are coming in to prove something, and they currently have nothing to lose, other than a potential alternate spot in the finals. As for the other two playoff matches, Camozzi has his thoughts on who might advance.

“I think Sordi takes it,” predicted Camozzi. “Sordi’s striking is better, and he’s a lot better on the ground than people think. And, his wrestling is pretty good. I think Carlos Junior’s going to have trouble getting him down. I don’t think Carlos Junior has the hands to put him down or put him away.

“The other one is interesting. Cezar has experience. I think their last fights showed that both of them have trouble with the three-round cardio – probably due to their size. I think Cezar is good on the ground, so he can maybe cause some problems due to the Norwegian guy’s wrestling.”

Regardless of the PFL structure, Camozzi knew what he was getting into when he signed up for the cancelled 2020 season. The 34-year-old, 41-fight veteran was just ready to get back to MMA action after having not fought since late 2019. He lost to Sordi, but beat Ferreira, and now he has a chance to string together two wins in a row for the first time since he was fighting in GLORY Kickboxing three years ago. He may not be in the playoffs, but there is still a chance he could fight for the million-dollar prize.

“I think this is the real playoff fight,” Camozzi said. “In my eyes, I think the playoff fights are Sordi and Carlos Junior, and me and Cory. But, I can think that all I want. It’s not the reality of it, but it should be.”