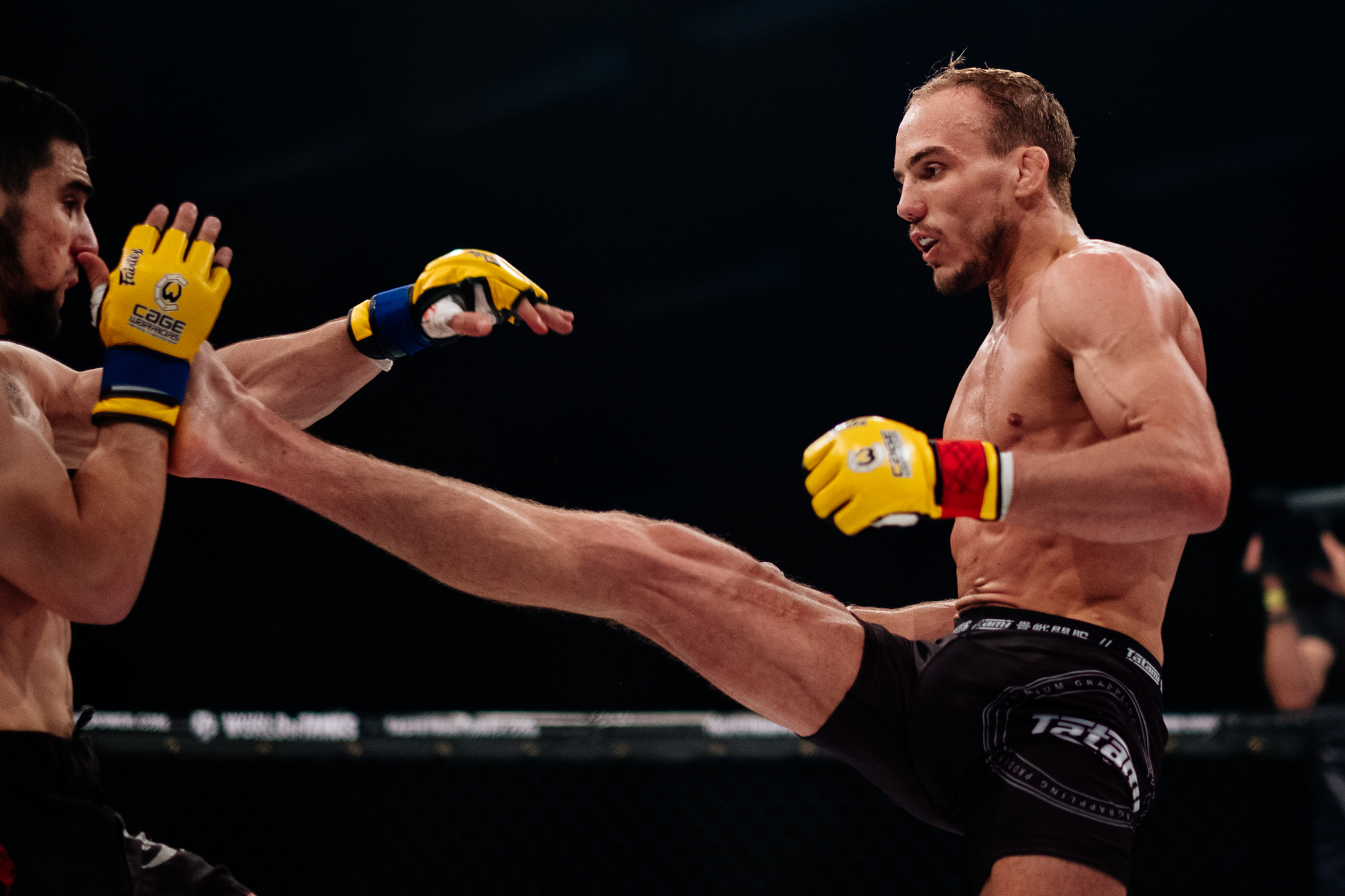 Cage Warriors has announced a four-man tournament for the welterweight title, which has been vacant since double champ Mason Jones vacated it to move to the UFC after a first-round finish of Adam Proctor at Cage Warriors 116 in September. The field features some of the best talent in Europe. The first leg of the bracket begins at Cage Warriors 121 on March 19, when we’ll see Ian Garry clash with Rostem Akman and Madars Fleminas battle Jack Grant.

Garry is a hot young prospect who’s been on the path for the title for a while now. He has five victories on his record, including four finishes, and no defeats. Garry looked fantastic in his last fight against Lawrence Tracy, a much more experienced fighter that he took to the ground with a double leg after letting off a flurry of strikes which forced his opponent to cover up. After passing Tracys butterfly guard, Garry was able to control the rest of the fight before the referee was forced to step in to end the ground-and-pound assault.

Not known for being afraid of the mic, Garry stated in his post-fight interview that he’s got his sights set on the middleweight title as well. He wants to be the first Irishman since Conor McGregor to get double Cage Warriors gold. Another win on Friday will put him even closer to this goal.

Garry’s opponent is the former UFC fighter Akman, who fights out of Stockholm, Sweden. Akman was 6-0 with all finishes before he moved to the UFC in 2019. He suffered a loss to Sergey Khandozhko in his home city in his debut and then faltered again to Jake Matthews despite showing great striking defense and Octagon control.

With 15 amateur fights to his name in addition to his professional appearances, Akman has much more experience under his belt than his Irish counterpart. He certainly won’t be caught off guard under the bright lights of the Cage Warriors organization. Akman is no doubt looking to regain his former UFC status after a couple of small setbacks, and a Cage Warriors welterweight title win would be the perfect way to do so.

Meanwhile, Fleminas faces the former lightweight title contender Grant. The “Latvian Express” is no stranger to the welterweight division, where he has fought for his entire career. He was on a path to the title in 2020 with a record of 6-0 until he lost to the aforementioned Proctor in what became a No. 1 contender fight. Fleminas then lost again to Mateusz Figlak before making his comeback with a unanimous nod over Mick Stanton during the last Cage Warriors trilogy event.

A tough split-decision loss to Agy Sardari caused Grant to lose out on the lightweight belt. Grant came out strong early and attacked Sardari’s leg with constant kicks while pushing the pace. The fight continued with a very high output from both fighters. Grant attacked with submissions late into the fifth round, but the contest didn’t end in a finish. The Englishman fell short on the judges’ scorecards after a scrap that was extremely difficult to score.

After having fought all over the U.K. scene for the likes of Caged Steel and BAMMA, Grant now seems re-energized at the thought of moving up a weight class to fight for a belt once again.

With the future of the Cage Warriors welterweight division set to be decided on March 19, these two great match-ups are definitely key affairs on an already packed event. The finale of the tournament is set to take place later in the year with the winners of these bouts fighting for gold.