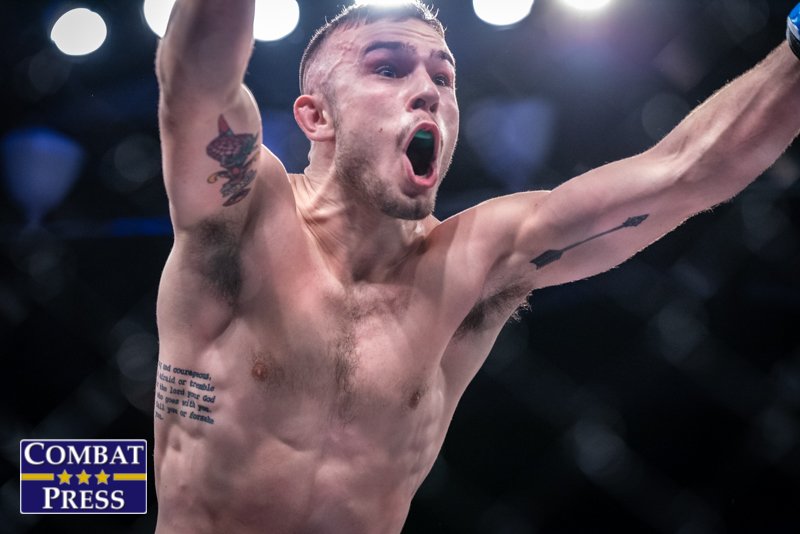 The coronavirus (COVID-19) pandemic caused a lot of problems for a lot of people, especially when everything was getting canceled and shut down in the spring. For some athletes in the fight game, it was part of a perfect storm that dragged out their time spent on the bench.

Missouri’s Dakota “Hairy” Bush had never gone more than eight or nine months without a fight. Then 2020 reared its ugly head. Now, it has been 17 months since his last appearance, when he took on Jaleel Willis at Legacy Fighting Alliance 67. It wasn’t supposed to be like this. He never meant to go a year and a half without a fight.

“In October 2019, I was going to fight in Denver for the LFA,” Bush told Combat Press. “AXS TV ended up cutting LFA off their promotion, so [LFA] ended up scrapping like four or five events that year. So, that fight kind of fell through there. Then, in April or March, it wasn’t set in stone yet, but we were in the works of getting another fight lined up, and then COVID hit. That ruined that. I should’ve had three or fights, at least, since my last one.

“It’s been way too long. I’ve just been training my butt off, working, and trying to get back in there. I know this year’s been a crazy one, and I’m sure it’s been like that for a lot of fighters. It’s hard to get in and have fights, especially with cancellations.”

The Willis fight ended in a decision loss, and Bush hasn’t been able to get a chance to get back in the win column since that night. However, he has had plenty of time to reflect on what went wrong and what he needs to do to get better.

“I knew he was going to be a super tough guy,” said Bush. “He’s beaten some really tough guys, and he’s lost close fights to super tough guys. He’s had a lot of fights, he’s a vet, and he had a good game plan. He executed it, and he beat me. That’s all there really is to it.”

Bush trains out of the Smith Pit in Cuba, Mo., and also goes up to St. Charles MMA a couple days per week. This is all in addition to working full-time in sheet metal and raising two young kids alongside his wife. With all of the effort he puts into his training and other aspects of his life, the cancellations caused by the pandemic hit home hard.

“I was really worried I wouldn’t fight,” Bush said. “It seemed like everything was just cursed. I would get a fight lined up and then something would happen. I was in the gym all the time and still getting better. COVID didn’t really affect my lifestyle at all. I didn’t miss a day of work. I trained the whole time. Nothing was really different for me at all. So, it was real frustrating not being able to get in the cage.”

Fortunately, about four weeks ago, Bush found out that he would be back on the LFA stage soon. He didn’t yet have an opponent, but he knew he would have a fight sometime in October.

“[The LFA] told us they were going to have three shows,” Bush explained. “I said I was ready to go, and I got put on the first one. My original opponent got hurt at work, I believe. I don’t know exactly what happened, but hopefully he’s alright. Then, they sent a new opponent, and thank God this guy stepped up to take the fight. I’m fortunate enough to actually be able to fight. If this wasn’t going to go down, I was pretty sure I was cursed.”

On Friday night, Bush meets Brian Del Rosario on less than a week’s notice at LFA 92 in Park City, Kan. Del Rosario trains out of Saekson’s Muay Thai in California and currently sits at 5-3 as a pro. He has finished his opponent in all of his wins, but he is only 2-3 over his last five outings.

“I think he’s a Muay Thai guy,” Bush said. “I don’t see nothing too crazy special about him. He’s tough, and if you’re not careful, he can catch you with something. He’s got some big power punches that he wings every now and then. I’m sure he’s gotten a lot better since he last fought. I’m just going to go in, execute a good game plan, and have fun. I really think I can finish this guy.”

With all of the time that Bush has put in, even during the lockdown, he is looking for a dominant win that will allow him a little break from the action. His daughter Finleigh just turned one year old, and his son Braxton just started pre-school. With so much time spent away from his family, he needs a little rest and relaxation.

“Hunting season is just starting to kick off,” said Bush. “I really want to get in there and beat this guy so I can get into the woods, take a little time off, and spend it with my family. That’s the only real focus I have. People don’t realize how selfish fighting is when you have a family. It’s hard to make time for the important things.

“When you’re hungry like me and you want to reach your goals, but you also have kids running around wanting to play and hang out with you, it’s pretty rough. My wife is just a trooper. She does everything — helps with my diet, my training, my clothes, my gear, and just being there mentally. Having the kids all the time, it’s just really rough.”

While Bush and his wife Gabbie are itching to spend a little more time together, they also know how hard it has been for him to be on the bench for so long. He does have a goal to get back in the cage soon after this upcoming fight, and he has his sights set on the LFA gold.

“I just heard Bryce Logan, who was the LFA champ, signed with Bellator, so the belt’s up for grabs,” said the lightweight fighter. “I’m hoping after this fight, I get a shot at the belt. If they say no, then that’s fine. I’d like to fight again in November, December, something like that — even early 2021. I’m in no rush after this fight, but I would like the title shot.”

Bush is just ready. He’s ready to fight. He’s ready to spend time with his family. He’s ready for hunting season. Most importantly, he’s ready to hunt that LFA title and an eventual shot at the big show. The next step on that journey takes place on Friday night at LFA 92, which airs live on UFC Fight Pass.

“I’m just like everybody else out there,” Bush said. “I’m a hardworking American, trying to make a living and supporting his family. I’m just trying to reach my goal of getting into the UFC. It’s gonna happen. I know it is. I just got to stay on the path and let people know that if you have a dream, go chase it. Don’t let anything get in your way. Trust me, I know it’s tough sometimes.”