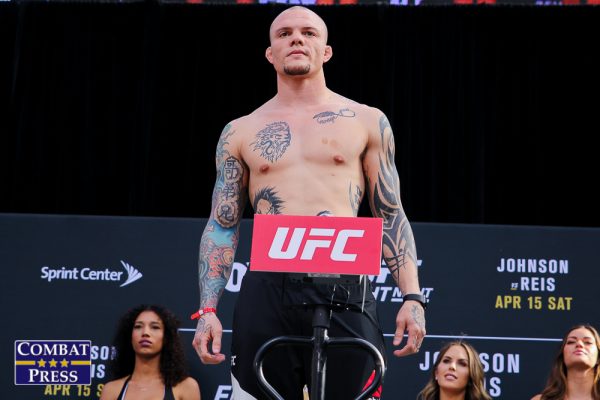 On Wednesday, May 13, the UFC will host the second of three events in a week from the VyStar Veterans Memorial Arena in Jacksonville, Fla.

In the night’s main event, former light heavyweight title challengers lock horns as Anthony Smith takes on Brazilian Glover Teixeira. Smith bounced back from his title defeat to current champion Jon Jones with a fourth-round submission triumph over another former top contender in Alexander Gustafsson. The 40-year-old Teixeira has matched his best run in the Octagon since losing to Jones in 2014, winning four of his last five, including three before the final bell.

The event kicks off with six fights streaming live on ESPN+ at 6 p.m. ET. The five-fight main card follows at 9 p.m. ET, also on ESPN+.

The fighters hit the scales on Tuesday, May 12.