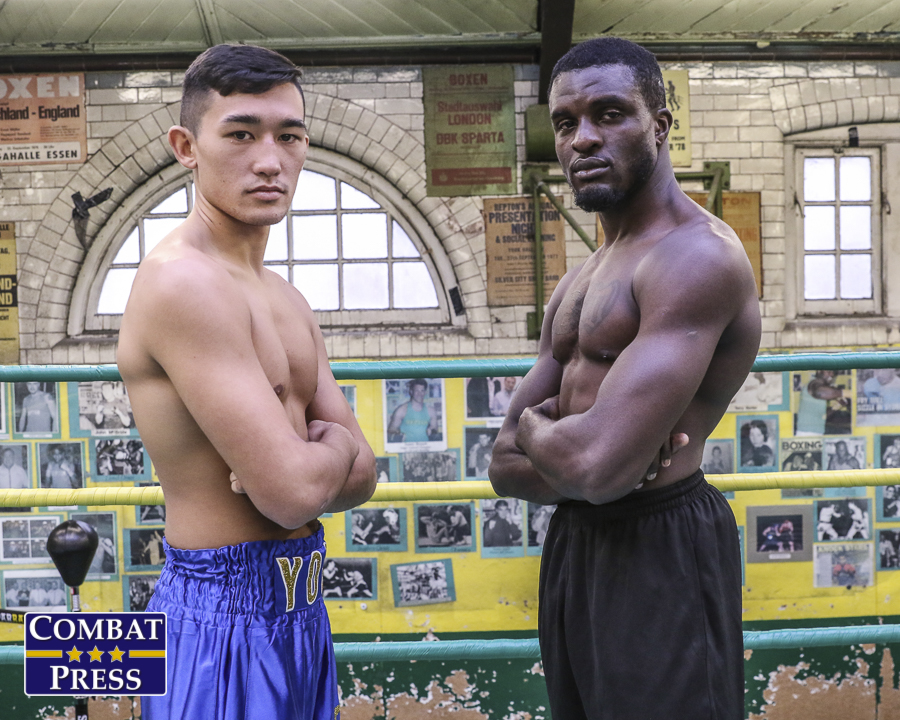 On Tuesday, Nov. 19, MTK Global, in association with Top Rank Boxing, held the draw for the quarterfinal round of The Golden Contract tournament, which takes place on Friday, Nov. 22 from York Hall, in London, England.

The promotion touched down at the historic Repton Boxing Club for the super-lightweight tournament draw and media work out.

As the fighters made their selections, the finally pairing left undefeated American Logan Yoon of Hawaii against hometown favorite Ohara Davies.

Davies was outspoken prior to the tournament draw, announcing to the gym that whoever faced his was going to be beaten. He verbally exchanged with a few fighters and later got into a shoving incident with another fighter.

The event will be broadcast on Sky Sports and ESPN+ on Friday, Nov. 22.

Below are photos of the tournament draw taken by Amanda Armstrong of Combat Press. Click an image for a larger version.