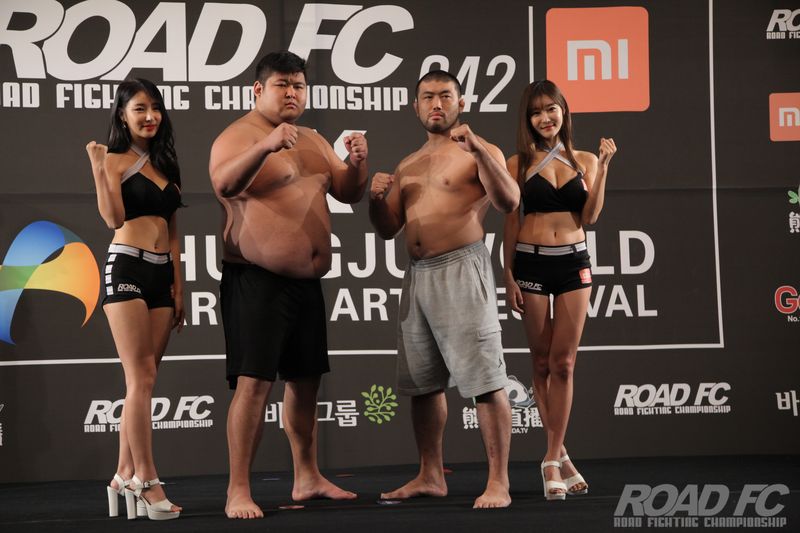 In the evening’s main event, Chinese super heavyweight Aorigele took on Japan’s Yusuke Masuda, who made his ROAD FC debut. Aorigele, 22, returned to the cage for the first time since taking a brutal low blow from K-1 veteran Hyun Man Myung. Before the no-contest at ROAD FC 039, Aorigele picked up back-to-back, first-round knockouts over Bob Sapp and Yusuke Kawaguchi.