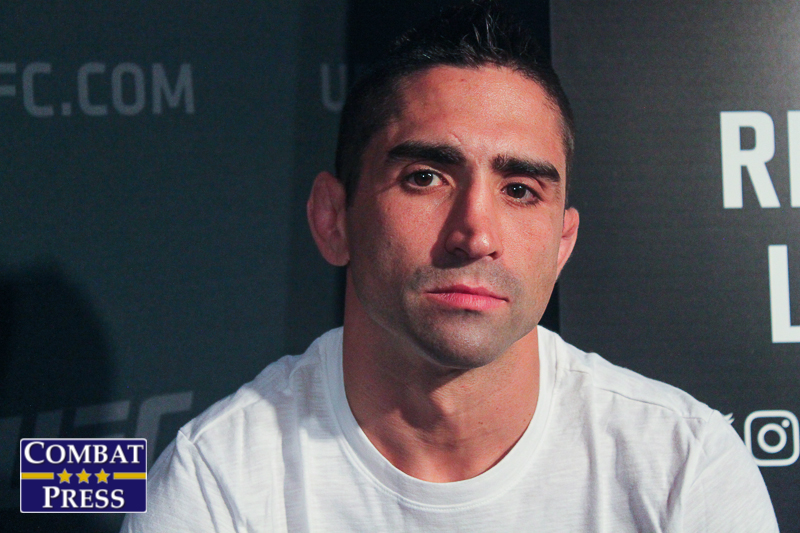 The worst-kept secret in the featherweight division appears to be that Max Holloway will face Frankie Edgar in the next title fight, quite possibly at Madison Square Garden on Nov. 4.

After Holloway defeated José Aldo to become the undisputed champion, there was plenty of conversation over who deserved a title shot more, Edgar or Cub Swanson, who is on a four-fight winning streak with two “Fight of the Night” performances in that stretch.

All the while as the former champion, current champ and two contenders are going back and forth over what happens next, there’s Ricardo Lamas just doing bully things. “The Bully” was originally in talks to have a fight with Edgar, likely to determine the next title challenger, but as Edgar and the UFC worked on contract situations, Lamas looked for a fight, not a waiting ticket.

Lamas has his opponent changed to “The Korean Zombie” Chan Sung Jung, who then had to pull out of the fight due to injury. Finally, Lamas was set to clash with rising featherweight Jason Knight. In his recent fights, Knight earned the nickname “Hick Diaz” for his ruthless fighting style and ability to withstand a great amount of punishment, all of which was proven true against Lamas.

At UFC 214, in a fight that some thought Lamas was crazy for taking, “The Bully” met “The Kid.” The two men exchanged in a war in the first round. The veteran, Lamas, came out victorious after finally putting Knight away with punches. Following the fight, Lamas said Knight should change his nickname to “Hillbilly Zombie,” because Lamas couldn’t believe how much punishment Knight took before the fight was stopped.

Lamas didn’t have to take the fight, but UFC fans watching the featured prelim contest are certainly glad he did. Now it’s time for Lamas to get his rightful shot. Aldo has called for Swanson in his return fight since losing the belt to Holloway. If Edgar does indeed square off with Holloway in the meantime, where does that leave Lamas?

With Lamas coming off a spectacular win over a fighter ranked below him, it’s a little crazy to think that his next opponent will again be someone below him. Lamas has proven he’s ready for another top-ranked opponent.

Based on rankings and rumored match-ups, it does once again appear that Lamas will have to wait. However, with all of the top challengers riding momentum, it’s great to see the featherweight division once again stacked with plenty of great fights.

Holloway/Edgar and Aldo/Swanson are nice fights, but if you keep a bully waiting, he may just run through everyone you throw at him, until you can no longer keep him away from his deserved title shot.