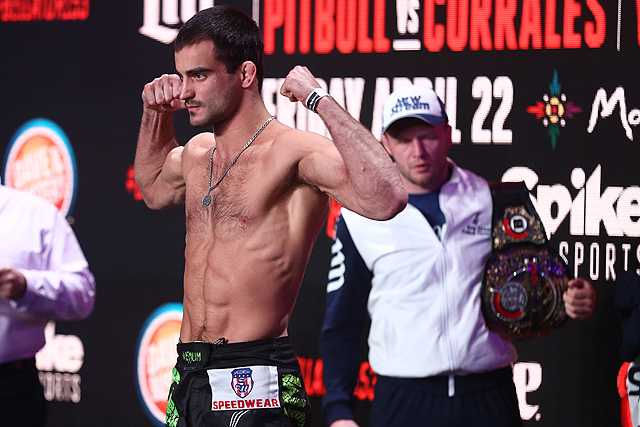 On Friday, Aug. 25, Bellator MMA will host its 182nd event from the Turning Stone Resort Casino in Verona, N.Y.

In the night’s main event, former welterweight champion Andrey Koreshkov takes on striking stalwart Chidi Njokuani. The Russian Koreshkov will look to rebound from a third-round knockout loss to current champion Douglas Lima last November at Bellator 164. The defeat snapped a six-fight winning streak for the 27-year-old. Njokuani, meanwhile, enters the main event riding a nine-fight unbeaten streak. His last four wins have come inside the Bellator cage, including a dominant victory over UFC veteran Melvin Guillard in January.

The action kicks off Friday with a live preliminary card stream above at 6:30 p.m. ET. The night’s main card airs on Spike TV beginning at 9 p.m. ET.

The fighters hit the scales at 2:30 p.m. ET on Thursday, Aug. 24. A live video feed (courtesy of Bellator MMA) appears above, while the results appear below.