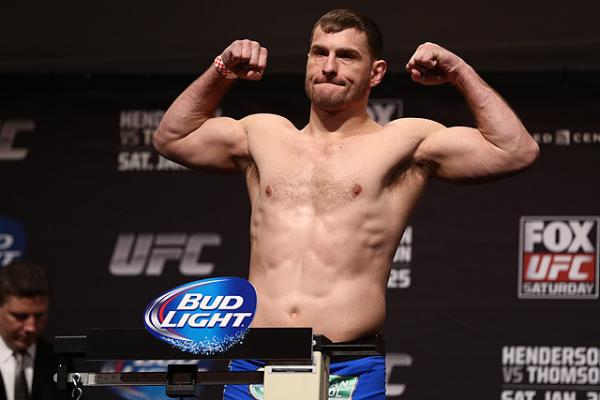 On Saturday, May 13, the UFC will host UFC 211: Miocic vs. Dos Santos 2 from the American Airlines Center in Dallas.

In the night’s main event, heavyweight champion Stipe Miocic defends his belt against Brazilian Junior dos Santos. The pair met previously at UFC on Fox 13, with the former champion dos Santos winning via unanimous decision. Since then, Miocic has ascended the rankings with four straight knockout victories. He claimed the belt from Fabricio Werdum last May and most recently defended it against Alistair Overeem at UFC 203. Dos Santos has not competed since last April, where he battered Ben Rothwell for five rounds. The 33-year-old has alternated wins and losses since losing his belt to Cain Velasquez at UFC 155.

* – Gordon withdrew from his bout due to illness and did not weigh in.