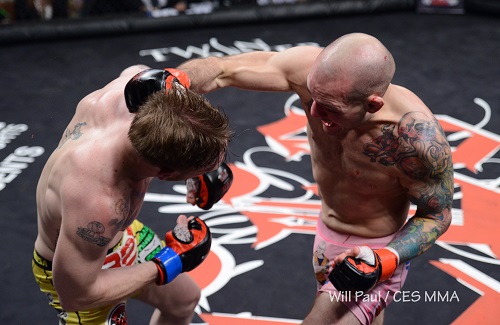 In the night’s main event, CES featherweight champion Matt Bessette defended his title against Bellator veteran Kevin Croom. Bessette extends his winning streak to six including four submissions and two knockouts. “The Mangler” has compiled an impressive seven wins inside the Bellator cage over the past four years. Croom had traded wins and losses after going on a tremendous 10-fight win streak during a nearly two year stretch from 2012 to 2014.

The event aired live at 9 p.m. ET on AXS TV. Video highlights of the event appear above (courtesy of AXS TV).