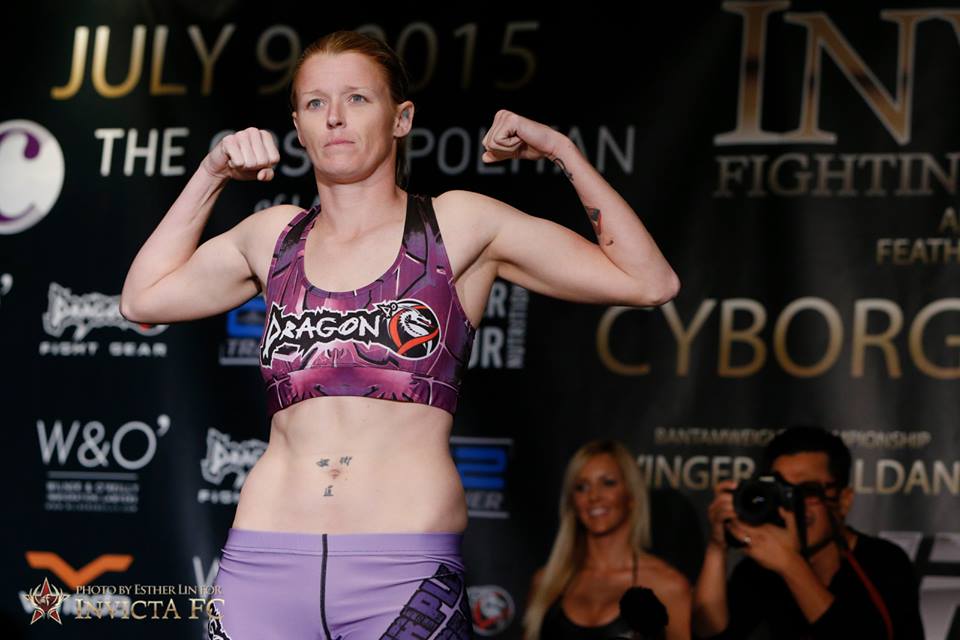 On Friday, May 6, Invicta Fighting Championships will host the weigh-ins for Invicta FC 17: Evinger vs. Schneider. The event takes place Saturday, May 7, from The Hangar at the OC Fair & Event Center in Costa Mesa, Calif. The card will stream live on UFC Fight Pass beginning at 9 p.m. ET.

In the night’s main event, bantamweight champion Tonya Evinger will square off against California’s own Colleen Schneider. The veteran Evinger will enter her first title defense riding an eight-fight winning streak, including six finishes. Schneider will step into her title challenge having won four straight of her own. Her decision win over Raquel Pa’aluhi at Invicta FC 15 helped her secure her place as the No. 1 contender for Evinger’s belt.

The co-main event will see undefeated strawweight champion Livia Renata Souza put her belt on the line against UFC veteran Angela Hill. The Brazilian Souza made the first defense of her belt in January, when she stopped the previously undefeated DeAnna Bennett by first-round TKO. Hill will be appearing on her third straight Invicta FC card, having knocked out veteran Alida Gray and former title challenger Stephanie Eggink in her two previous outings.

The fighters will hit the scales at 7 p.m. ET on Friday. Above is a live video stream (courtesy of Invicta FC), while the results appear below.