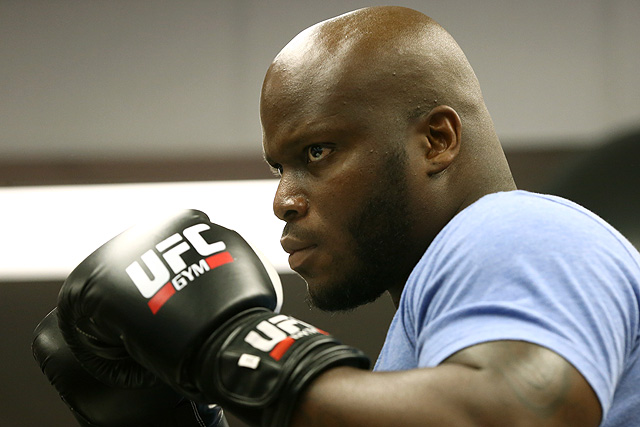 What Does Heavyweight Derrick Lewis Need to Be a UFC Contender?

Derrick Lewis, coming off his third consecutive TKO win this past Sunday, finally got what he wanted. He cracked the top 15 in the UFC’s heavyweight rankings.

Lewis, who finished longtime heavyweight staple Gabriel Gonzaga in Croatia, might be able to check more items off his bucket list following this latest victory. For a while now, it seems like Lewis has been campaigning for a fight against Roy Nelson.

The fight between Lewis and Nelson seemed to be a forgone conclusion after the two fighters, coming off wins at UFC Fight Night 82, verbally agreed to a fight. However, things don’t always go as planned. Ruslan Magomedov, Gonzaga’s original opponent, dropped out of their UFC Fight Night 86 bout and Lewis stepped in on short notice. We all know now how that went: Lewis knocked out Gonzaga late in the first round.

Now it seems like Nelson and Lewis will finally have the fight they verbally agreed to in February. For Lewis and his path toward the top of the division, this Roy Nelson fight is exactly what the doctor ordered.

The heavyweight division has historically been one of the shallowest divisions in the entire sport. Other than the Pride heydays, top-tier heavyweight talent is hard to come by. Though this still rings true today, the UFC’s heavyweight division finally seems to be deeper than just three or four guys. Nelson is one example. Most people won’t confuse Nelson for the next heavyweight king, but to deny the success and longevity he has endured during his long career would be foolish. He usually beats those who are ranked below him and only seems to lose when he faces the crème de la crème. In short, he’s no joke.

This is the reason why a fight against Nelson makes perfect sense for an aspiring future champion like Lewis. He has fought his way up to a top-15 spot in the rankings all while learning from his few bumps along the way. Fights against guys like Viktor Pesta, Ruan Potts and Jack May will only carry Lewis so far in his quest for a championship run in the world’s biggest promotion. Gonzaga was a nice step up, but Nelson represents an even bigger leap, especially in the eyes of fans and the media, including those who participate in the ranking polls.

Even if one were to dismiss Nelson’s career accomplishments, the big man’s name carries some volume. If Lewis were to add his name to the list of victims, it would be sure to catapult him toward the top five. This is a very winnable fight for Lewis, too, given their respective fighting styles. Though we all know how good Nelson can be once the fight hits the mat, he has been reluctant to use his Renzo Gracie black-belt Brazilian Jiu-Jitsu for many of his fights. Nelson generally stands with fighters and tries to knock their heads off with his ever-popular overhand right. It is hard to blame Nelson for going to his right hand bomb. When he does indeed connect, it usually means lights out for his opponent.

Although this might seem to be a contradiction to reason, this actually bodes well for Lewis. If we have learned anything from his fights, it is that he undoubtedly thrives when he can strike first. He looks to knock out his opponents seemingly with every punch he throws. He has shown some weaknesses in the grappling department, but if his recent fight is any indication, he seems to be hard at work in that part of his game.

Just a few years ago, if a fighter won a couple of UFC heavyweight bouts in a row, they would be thrown a top-five opponent so the UFC could assess exactly where the said fighter truly stood. Nelson is not a top-five guy anymore, but it seems like those top guys are the only ones that can beat a guy like Nelson. Lewis is tasked with a perfect fight. He gets to lock horns with Nelson, a guy who has proven over and over again that he is a good fighter, all while steering clear of the top echelon. Lewis won’t be biting off more than he can chew at this time.

This fight, if it does in fact happen, is one that Lewis will look back on later in his career and point to as a clear turn in his career trajectory. With a win, Lewis will go down a road that leads to bigger fights and a potential title shot.