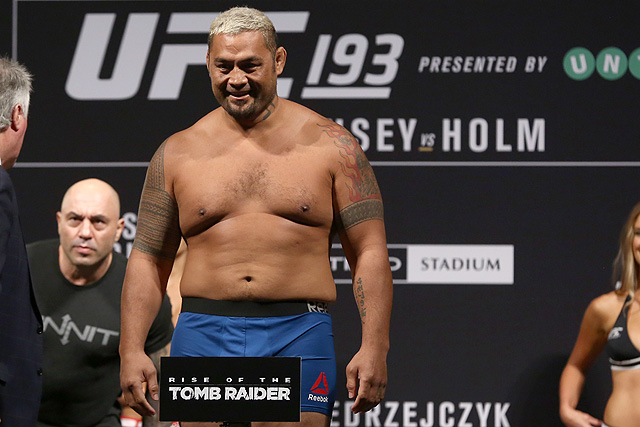 On Friday, March 18 (Saturday, March 19 in Australia), the UFC will host the weigh-ins for UFC Fight Night 85: Hunt vs. Mir from the Brisbane Entertainment Centre in Brisbane.

In the night’s main event, former interim heavyweight title challenger Mark Hunt takes on former UFC champion Frank Mir. The 41-year-old Kiwi Hunt scored a big win over Brazilian Antonio “Bigfoot” Silva at UFC 193 in November. The win snapped a two-fight skid for the striking stalwart. Mir, meanwhile, saw a two-fight winning streak erased in September with a decision loss to Andrei Arlovski. Prior to that, the 36-year-old had scored back-to-back knockout wins over the aforementioned Bigfoot and Todd Duffee.

The fighters will hit the scales at 6:30 p.m. ET on Friday. A live video feed appears above (courtesy of the UFC), while the results appear below.