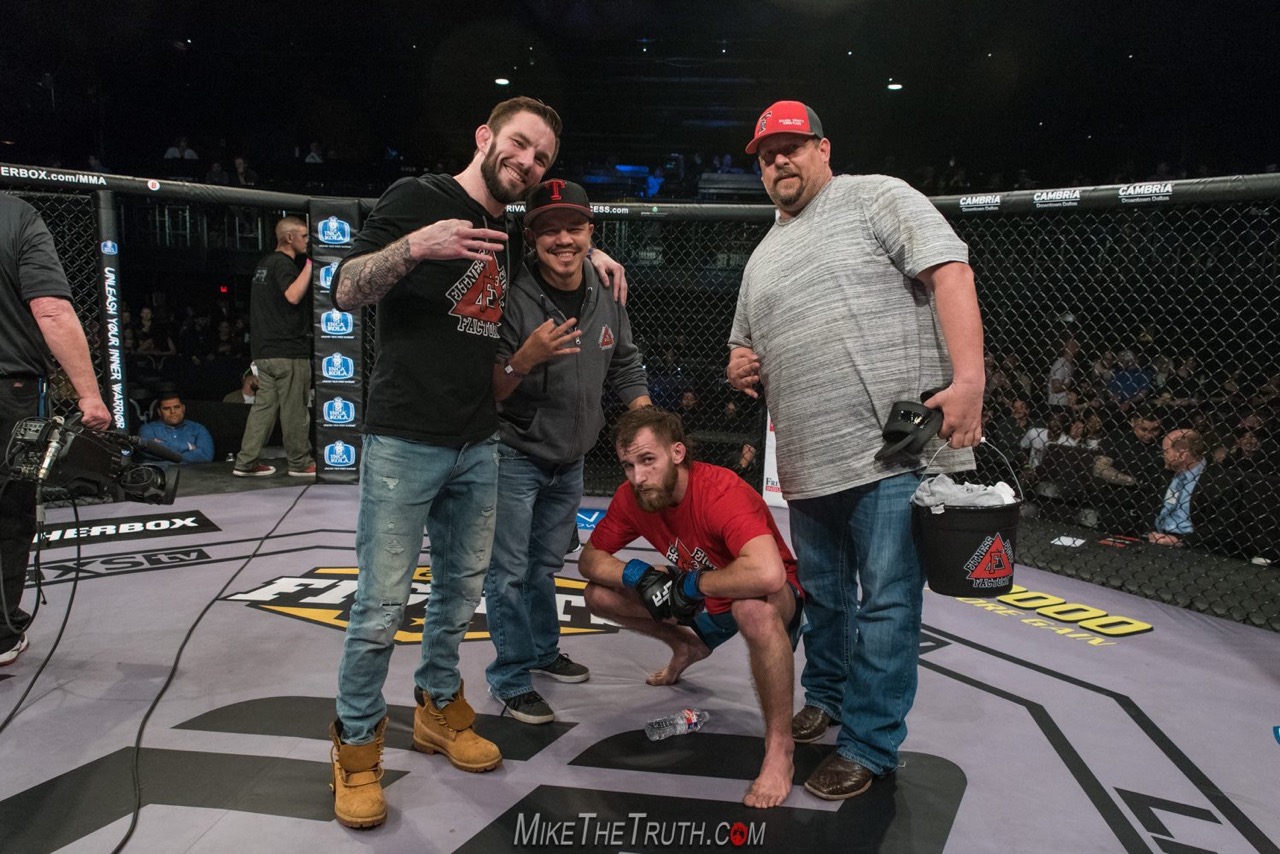 LFA 73’s Cody Freeman: ‘Fighting with My Back to a Cliff’

Sometimes skills alone are not enough to build a successful, well-rounded career. Even the most talented person in the world needs the proper guidance from time to time.

Cody Freeman started wrestling at age 14, when he was a freshman in high school. He had good coaches and training partners in an established program, and he found out he was good enough to go on and wrestle in college.

Lyon College, a small liberal-arts school in Batesville, Ark., is about a six and a half hour drive from Fort Worth, Texas, Freeman’s hometown. Freeman joined the college’s wrestling program, which was still in its infancy.

“It was an interesting experience,” Freeman told Combat Press. “When I was on the team, it was the first year of the program, so there wasn’t a lot of guidance really. There wasn’t really those juniors and seniors telling you how to get through and make things right. I messed up. I wished I had more guidance when I was there, because I could’ve done a lot more with it.

“It was the grades. I couldn’t balance everything out. I was too worried about other things. I didn’t get good grades, because I was too busy cutting weight and focusing on wrestling. I was going on runs and doing other things to make sure my weight was maintained and staying down, and it interfered with my academics.”

After he left college, Freeman wasn’t sure what he wanted to do. He started training with J.J. Holmes and Rocky Budri at the newly established All-American MMA back in his hometown, and after a few months, he took his first amateur fight. He claimed the win by first-round submission.

“It’s what I feel like I’m made for,” Freeman said. “I don’t see myself sitting in an office somewhere, and I’ve always been a competitive person. I mean, I started out wrestling in high school, and once I finished wrestling in college, I still had that drive to compete. I’d been around MMA fighters for a long time, so I finally figured I’d give it a shot. After I had my first fight, I loved it.”

That first outing took place in August 2015. Freeman went on to find a lot of success as an amateur, going 6-2 before turning pro. However, his pro career started off a bit rocky. He won his first fight, but dropped his next two. Freeman had to decide whether he wanted to keep at it. He went to Fitness Fight Factory in northern Texas to train with UFC veteran Johnny Bedford.

“Me and my girlfriend made the move to that gym about a year and a half ago with our boxing coach,” Freeman said. “I was 1-2, I was on a two-fight losing streak, and, honestly, I wasn’t sure if this was for me anymore. I wasn’t being pushed, and I wasn’t developing like I should have been. I kind of told myself that if I lost another one, I was going to give it up and look for a real job. So, after that, I trained a solid six months over there with all those guys. I went into my next fight and killed the guy, basically. I flying-knee TKO’d him in a minute and a half. Ever since then, it’s just been rolling. I’m on a four-fight win streak, three of those are finishes, and I’m looking to keep the ball rolling.”

Freeman’s last win was a second-round submission of Eddie Torres in April. A couple months later, he learned that the Legacy Fighting Alliance was making a return to The Bomb Factory in Dallas. After three opponents came and went, Freeman finally nailed down a fight with Kyle Estrada a couple weeks ago. The two men meet as part of Friday’s LFA 73 show, which airs live on AXS TV.

“I was really starting to think this wasn’t going to happen for me, and I’m really thankful Kyle Estrada stepped up, and I’m looking forward to throwing down,” said Freeman.

Estrada is coming in after winning six of his last seven fights. His only loss was to UFC vet Louis Smolka, but he won his last fight via TKO in June at LFA 69.

“He has stopped his last [opponent] with legs kicks, and that’s what he likes to do,” Freeman explained. “He’s a well-rounded opponent. He’s a scrappy fighter. He’s a good kickboxer. He’s got a wrestling background. He’s a purple belt in jiu-jitsu, I believe. He’s got a good amount of fights at 9-4, and he’s a pretty good guy to have on my resume.

“I just flow. I don’t have a certain fight style, per se. I don’t go in and say I’m going to wrestle a guy or kickbox a guy. I just go in and just see how it goes. It’s worked out pretty well for me, and I’ve had some exciting fights. When I went in with a game plan, I think it backfired on me. I think ever since I went in and let the cards fall where they may, I’ve put on exciting fights, and I’ve been finishing people.”

At this stage in his career, Freeman is not yet making the big bucks, by any means. Like most fighters, he holds down a full-time job to keep paying the bills. However, his goals for his career are not run of the mill.

“I bring it. I bring it every time. I have this mentality that I’m fighting with my back to a cliff. I’m constantly trying to keep from falling off a cliff, and a loss, to me, is like falling off that cliff. I’ll do whatever it takes to win this fight and any fight that is coming up.”

Freeman and his girlfriend, fellow fighter Valerie Soto, are living the fighting life. They are doing what they can to make ends meet, and both of them are focused on advancing their careers to the next level. Freeman’s next stop is the LFA 73 main card, where he looks to take his winning streak to five in a row.