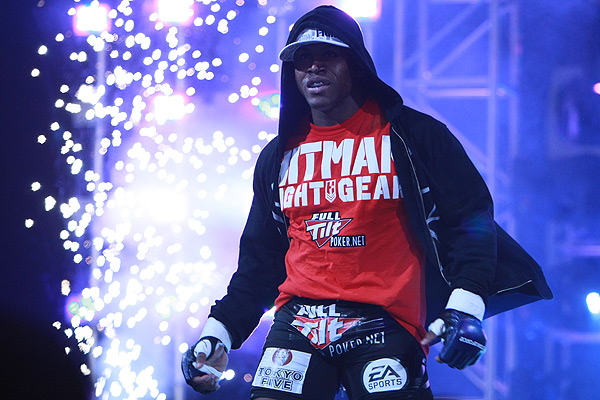 Battle rapper Dirbag Dan was with us when the news broke of Kevin Randleman’s passing. With the passing of the legend, and ahead of so many highly anticipated UFC events while sitting a week away from one of the biggest battle rap events to date, you would be hard pressed to find a person to blend it all.

A man of many hats, Dirtbag Dan (@DirtbagDan408), joined Joe Rizzo (@RearNakedChoke) and Jay Kelly (@JayKellyMMA) to thoroughly discuss it all.

Dirtbag Dan, a battle rapper, host of The DirtBag Dan Show, lover of the hurt business and stand-up comedian, returned in perfect time to talk the big fights and King of the Dot’s Blackout 6, which is an annual battle rap event.

Like Rizzo and Kelly, he was taken aback when news of Randleman’s passing came but was able to give his thoughts on the former UFC champion and what he meant to the sport.

Aside from the sad news, we managed to incorporate something for any fan of Dan: from champions like Conor McGregor to Illmaculate, legends like Anderson Silva to Iron Solomon, and attention grabbers like Dada 5000 to Daylyt.

Along with the chatter about warfare, both physical and verbal, Dan also spoke about his recent venture into stand-up comedy. Known as a hilariously entertaining battle rapper, the transition is not overly surprising.

Was he being funny when he placed the future of the sport on the outcome of the Bellator fight between Ken Shamrock and Royce Gracie, vehemently disagreeing with Rizzo? Listen to find out.