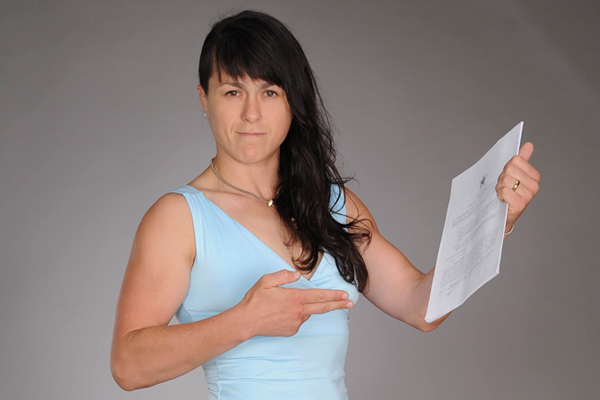 Invicta FC 15’s Daria Ibragimova: ‘I Would Like to Leave Her Strangled Body on the Canvas!’

In mixed martial arts, an idol is often a fighter that turns violence into art.

The combat-sports career of 31-year-old Russian Daria Ibragimova began as a teenager. She competed in sumo, sambo and wrestling. Those arts helped carry her to the world of mixed martial arts.

“In 15 years, I have formed a true love for the arts. I knew it was for me,” she declared. “[The arts] complement and add variety in technique.”

Like so many of her countrymen and women, Ibragimova possesses a Master of Sports in sambo, as well as one in freestyle wrestling. However, it’s her sumo background where she has achieved the most success.

“Sumo [is my favorite],” said Ibragimova. “I’m Master of Sports International Class and 2015 Sumo World Champion. [Like MMA] it is necessary to beat the opponent and everything happens fast as I like.”

Through 10 career fights, Ibragimova has secured nine wins. Seven of those victories have come via submission and six have been in the first round. That resume earned Ibragimova a spot on the Invicta FC roster. From the moment she signed with the promotion, the grappling ace began asking for a chance to challenge the very woman she looked up to in the sport: Cristiane “Cyborg” Justino.

“She has long been an idol for me,” said Ibragimova. “She completes her fights early, and I love to do everything quickly.”

On Jan. 16 in Costa Mesa, Calif., Ibragimova will get the opportunity to dethrone her idol. She’ll face the Brazilian in the main event with the featherweight championship on the line.

“I wanted to fight Cyborg,” explained the Russian fighter. “This is my long-cherished dream. I wanted it and our team went for it. This is the logical continuation of my sports path.”

Although Ibragimova’s background is largely in the grappling arts, she does have professional boxing experience. As she prepares to face a devastating striker like Cyborg, she may need to have faith in her stand-up skills to compete with the champion.

“I believe in it, but it is not my goal,” she said of her striking. “I think my strength is on the ground.”

Invicta FC 15 will be Ibragimova’s first fight in North America, but she’s unfazed by the task at hand. If anything, the Russian is supremely confident heading into the title affair.

“I’m not nervous. I’m sure this will be a fight to remember,” claimed the challenger. “My dream will come true in a few minutes; it will only be one round.”

And how exactly does Ibragimova envision conquering her longtime idol so quickly in the cage?

“My fights are always spectacular and brutal,” she proclaimed. “Winning is the meaning of life.

“I would like to leave her strangled body on the canvas!”

If Ibragimova’s prediction holds true on Jan. 16, she may find herself as the idol that others are looking to overcome.

Daria would like to thank her manager Yuriy Kyselov and all of team YK Promotion.