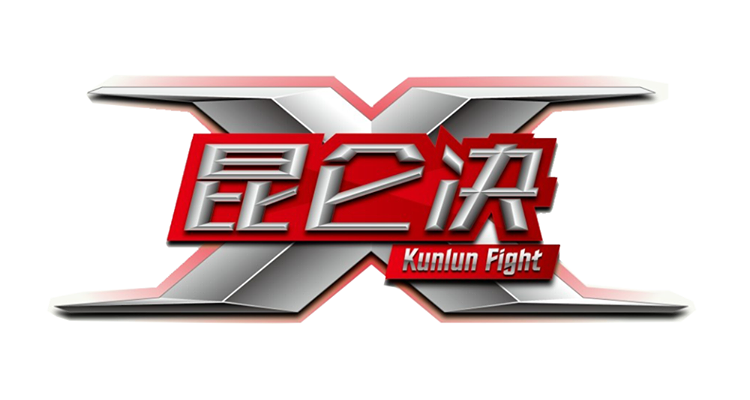 Kunlun Fighting Championship: The Next Major Player in Combat Sports?

Kunlun Fighting Championship is an upstart Chinese combat-sports promotion making waves overseas while going largely unnoticed by fans in the Western Hemisphere. The promotion, which showcases kickboxing, lethwei, MMA, Muay Thai and wushu rules bouts, began in Pattaya, Thailand, on Jan. 25, 2014. Since the company’s debut event, which featured “Chinese Wushu vs Muay Thai” bouts, the promotion has put on just under 40 events, including 19 events thus far in 2015.

Kunlun FC is broadcast every Sunday afternoon on Jiangsu Satellite TV in China. The channel’s parent company, Jiangsu Broadcasting Company, is the third largest broadcasting company in the country, reaching an audience of about 800 million. The successful weekly shows feature fights from past events, showcasing local and international stars. Kunlun FC has a broadcast deal with EurosportHD, and the most recent event in Sochi, Russia, was broadcast on Russian satellite channel Fight Club. With plans to further expand the company’s viewership, Kunlun FC has shown the necessary financial backing to continue the promotion’s expansion outside of the Asian and European continents. The financial backing has, at the very least, secured Kunlun FC’s roster of world-class combat-sport athletes for the foreseeable future.

The Chinese martial art of sanda, or “free fighting,” uses the rules of a traditional kickboxing contest, but includes many forms of grappling techniques, such as takedowns and throws. This traditional martial art, derived from various forms of ancient martial art and military self-defense, is a popular combat sport in China, among other standing combat sports like boxing and wushu. The popularity of combat sports has continued to develop through the years as more training and money has been invested into Chinese athletes. A recent example of this growth took place when two-time Olympic gold medalist boxer Zou Shiming made his professional debut in the Cotai Arena in Macau. The four-round fight against Eleazar Valenzuela drew a reported 300 million viewers, an astounding achievement for a professional debut against an 18-year-old with six professional fights.

With the similarities and potential growth between the combat sports, it is no wonder Kunlun FC has picked up so much momentum this early on in the promotion’s history. The company has signed top talent from around the world, featuring a large number of fighters from Thailand and European countries. Kunlun FC has continued to sign high-level fighters in 2015, inking deals with former K-1 Grand Prix champions Marat Grigorian, Kaew Fairtex, Enriko Kehl, Murthel Groenhart, Andy Souwer, Albert Kraus and Buakaw Banchamek (formerly Por Pramuk). Kunlun FC matchmaker Sasan Ghosairi was integral in the signing of Buakaw, one of kickboxing and Muay Thai’s most popular fighters. The six-fight, non-exclusive deal will keep Buakaw active in China for the foreseeable future. The fight that many kickboxing and Muay Thai fans around the world want to see was made possible with the acquisition of the 33-year-old Thai fighter: a bout with fellow top 70-kilogram fighter Yodsanklai Fairtex. Both men have fought among the top talent in the world for over a decade, and they have amassed impressive resumes featuring over 190 wins apiece.

“There are big talks about making this fight happen,” Elazzabi added

While some of the top names in kickboxing and Muay Thai have made their way to Kunlun FC, mixed martial arts is still in the early stages of its growth in China. With the collapse of China’s best MMA promotion, RUFF, in 2014 and the disappointment of The Ultimate Fighter: China, the potential boom of Chinese MMA has yet to come to fruition, something Kunlun FC plans on changing.

“MMA is growing in China, but not as fast as kickboxing. Standing fights are more respected in Asia, but we are trying our best to develop a program to improve the fighters and educate the fans about MMA,” said Elazzabi.

Kunlun FC signed TUF China runners-up Jianping Yang and Wang Sai in an attempt to bolster the promotion’s MMA roster. Yang has developed into a star under the Kunlun banner, showcasing his do-or-die mentality in all areas of the fight game. Sai, who signed with the promotion in 2015, is one of many star Chinese athletes on the roster. Female fighters Jin “The Fighting Rose” Tang and Jingnan Xiong are among the promotion’s most popular, making frequent appearances on Kunlun fight cards. The company also acquired former RUFF fighters Meixuan Zhang and Haotian Wu, and Elazzabi confirmed that the promotion will be holding tryouts for Chinese MMA fighters in the future.

In what is becoming an interesting battle for supremacy in the landscape of Chinese MMA, the sport has garnered an influx of foreign investors, none of them being the top MMA promotion in the world, the Ultimate Fighting Championships (UFC). ONE Championship, Asia’s self-proclaimed largest mixed martial arts promotion, will be returning to China after two events in the past nine months, debuting with “Dynasty of Champions” in Shanghai on Sept. 1. South Korea’s top MMA promotion, Road FC, partnered with Chinese Internet company Qihoo 360 for its most recent events in Tokyo, Japan, and Wongu, South Korea, in preparation for the promotion’s debut venture into China this December. Qihoo 360 is available to 640 million mobile users and 500 million Internet users, opening the possible path to promotional success in mainland China.

The successes are not without drawbacks. M-1 Global has postponed an event scheduled for Sept. 5, moving M-1 Challenge 61 to Ingushetia, Russia, on Sept. 20. The promotion stated that Chinese officials would not allow major events during the three-week celebration of the 70th anniversary of China’s victory over Japan after World War II.

Despite potential competition within China, Kunlun FC has continued to expand outside of the country’s borders. With events held in Italy, Kazakhstan, Russia and Slovakia in 2015, the promotion is looking to expand outside of Europe, with Dubai as a distinct possibility.

“We are planing to make Kunlun FC an international fighting ground for all fighters, and we will be happy to work with other organizations,” Elazzabi said.

The willingness to co-promote events could drive the potential growth of Kunlun FC and other kickboxing promotions in Asia and around the world. A recent Topking World Series event that was promoted with Kunlun FC’s backing featured many top Thai fighters pitted against international foes in what would be a successfully co-promoted event. This and many more potential events in the future (the next co-promoted event is Kunlun FC 30/Top King TK5 on Sept. 4) will further the growth of combat sports in Asia and develop meaningful relationships between the world’s top promotions.

With the world’s top talent in kickboxing and Muay Thai scattered around the world under different promotional banners, co-promotion can open the door to the best fighters taking on the toughest competition, something the sport has lacked in recent years. Whether or not Kunlun FC will set the industry standard for combat sports over the next 10 years, the promotion has great potential to make a big splash in the meantime. With many of the top fighters around the world, continued growth in audience reach and proposed partnerships with other top promotions, Kunlun FC has the potential to be a major player in the combat-sports world.