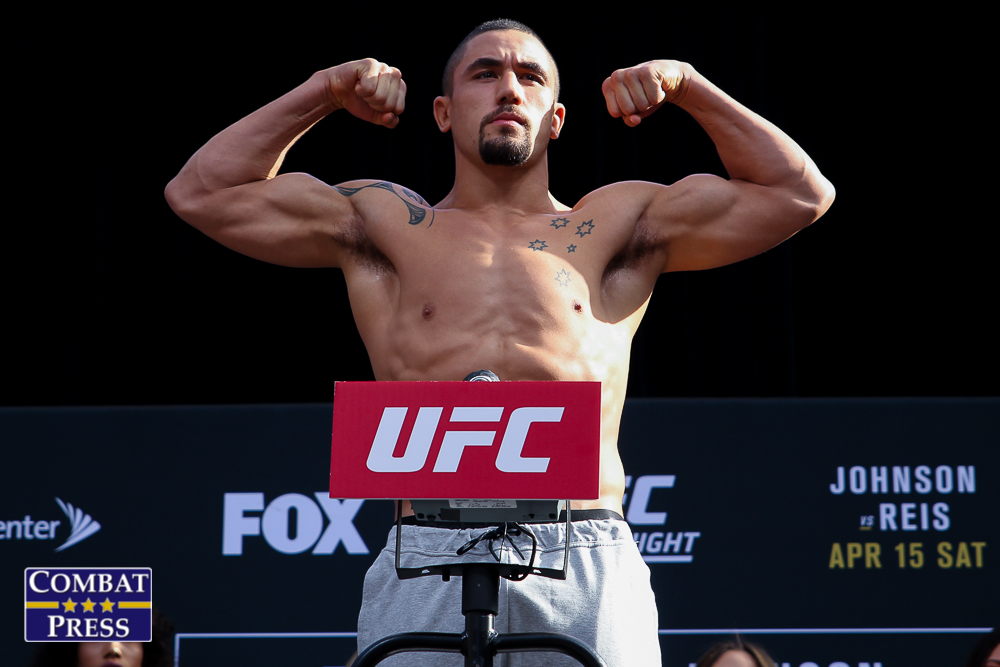 UFC on ESPN 14: Whittaker vs. Till Weigh-in Results

On Saturday, July 25, the UFC will host the fourth and final event from “Fight Island” as it again visits the Flash Forum on Yas Island in Abu Dhabi.

In the night’s main event, former middleweight titleholder Robert Whittaker takes on former welterweight title challenger Darren Till. The New Zealand-born Australian Whittaker will look to bounce back from a second-round knockout loss to current champion Israel Adesanya in October. Before that, “Bobby Knuckles” had won nine straight. England’s Till, meanwhile, snapped a two-fight skid in his last outing, edging Kelvin Gastelum in his 185-pound debut. Prior to that, he had fallen to then-champion Tyron Woodley and recent title challenger Jorge Masvidal.

The event kicks off with the preliminary card airing live on ESPN at 5 p.m. ET. The main card follows at 8 p.m. ET, also on ESPN.

The fighters hit the scales on Thursday, July 24.