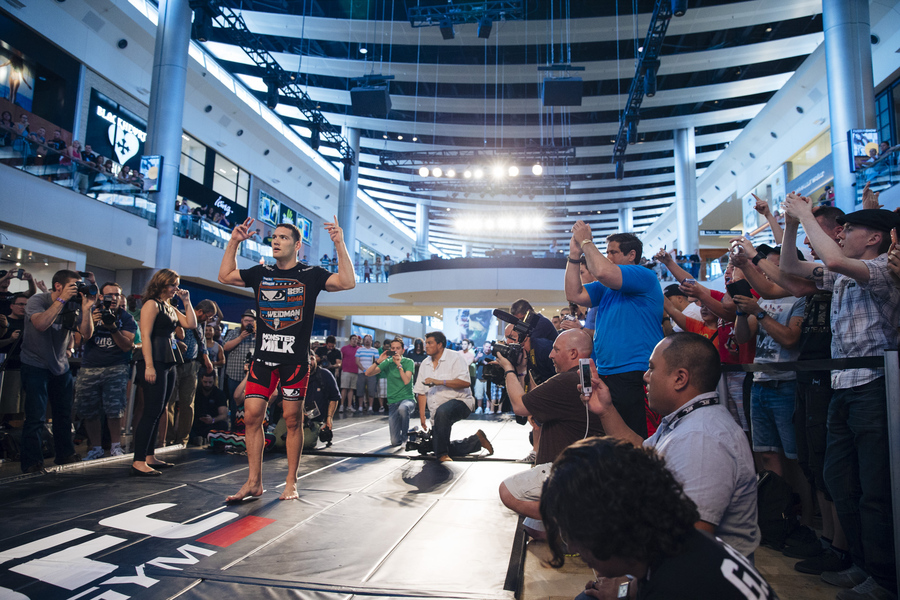 It might still be just the ninth month of 2014, but the UFC is already working on its 2015 schedule.

The UFC today announced plans for UFC 189 and its popular “International Fight Week,” which takes place every July in Las Vegas.

The week of festivities usually begins at the start of July, ranging from July 1-6. However, the 2015 event finds the UFC hosting the week beginning on July 7 and running through July 12. Fight week will be organized around UFC 189, which takes place on July 11 and airs live on pay-per-view.

UFC’s popular summer fight week started off as a big event each summer to draw in casual fans and maybe even convince those fans to attend UFC fights. But in recent times, the event has grown into so much more. Popular fight-week festivities range from meet-ups with fighters to free concerts in the city. Among the scheduled activities, fans can also experience an official pool party with the Octagon Girls and attend open workouts. The event will also feature charity bowling and an Ulti-man 5k Race.

The 2014 International Fight Week garnered a turnout of close to 70,000 fans, according to the UFC’s estimates. Highlights of the event included the “The Art of Fighting” art exhibit, a Tuff-N-Uff mixed martial arts event and a full lineup of Muay Thai fights from Lion Fights. The fight week culminated in a pair of UFC events (UFC 175 and The Ultimate Fighter 19 Finale).

Details about the week—and, of course, the accompanying UFC 189 card—will be announced in the coming months. Fans who are interested in learning more about International Fight Week can visit ufcfightweek.com for additional information.