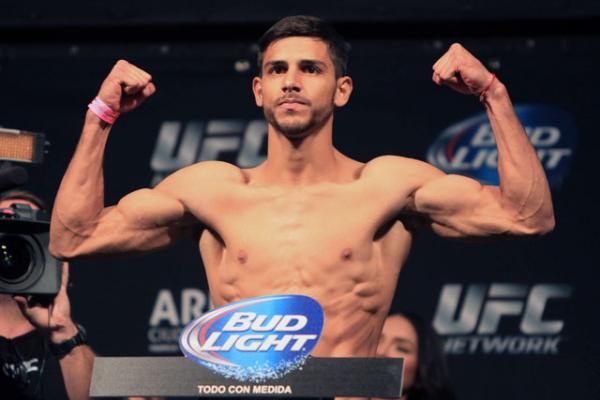 The winner of The Ultimate Fighter: Latin America has his next challenge inside the Octagon.

Sources close to the situation have informed Combat Press that Yair Rodriguez is slated to meet Charles Rosa at UFC 188 on June 13 in Mexico City.

Rodriguez, who was part of Team Velasquez on the UFC’s reality television series, won the TUF crown with a unanimous decision victory over Leonardo Morales at UFC 180 in November. The series was the first for Latin America and featured fighters from Mexico and Latin America. During his stint in TUF, Rodriguez won his first and second-round contests by way of submission.

Rosa made his UFC debut when he stepped up on under a week’s notice to face Dennis Siver in Sweden at UFC Fight Night 53. Following that bout, Rosa fought in his hometown of Boston where he defeated Sean Soriano with a third-round submission. Prior to his loss to Siver, Rosa had been undefeated in professional competition with all of his wins coming by way of submission or TKO.

UFC 188 will be headlined by a heavyweight title unification bout between champion Cain Velasquez and interim title holder Fabricio Werdum. The event will air live on pay-per-view, with the night’s preliminary card expected to be split between a stream on UFC Fight Pass and a broadcast on Fox Sports 1. At this point in time, it is unclear where the Rodriguez-Rosa match-up will take place on the card.