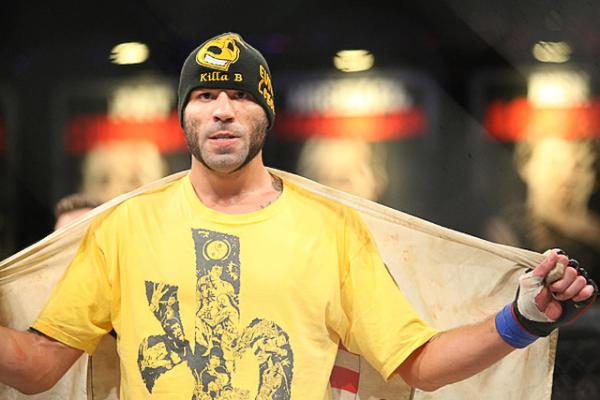 Let’s be honest for a moment, every year there are countless submissions around the globe that are worthy of “Submission of the Year” consideration. UFC lightweight champion Anthony Pettis cemented his title reign by becoming the first to submit Gilbert Melendez. Brazilian Herica Tiburcio stunned Michelle Waterson — and every casual observer — to capture Invicta FC gold. Former Strikeforce champion Luke Rockhold tied up Tim Boetsch like a pretzel with an inverted triangle-kimura at UFC 172. Yet, despite all of these impressive feats, none captured our 2014 award.

That honor goes to welterweight Ben Saunders, whose omoplata finish of Chris Heatherly at UFC Fight Night 49 in August put the 31-year-old in the record books and earned him his first Performance of the Night bonus in his eighth Octagon appearance.

Brazilian Jiu-Jitsu purists are likely to protest, as the omoplata is typically something that is easily defended and escaped with proper training. However, it’s easy to forget that very few fighters knew what BJJ was in the early days of the UFC. That means it took 20 years and thousands of fights before any fighter was able to coerce a tap from the shoulder lock at the sport’s highest level.

And while Heatherly may not have the notoriety of a Melendez, Waterson or Boetsch, it’s not like he was an inexperienced fighter who was susceptible to being submitted. The Illinois native was in his 11th professional fight and had tasted defeat just once in his career. Yet, the RFA veteran was unprepared for what the former Bellator title challenger Saunders would have to offer in his Octagon return.

Saunders, who competed on The Ultimate Fighter, had seven previous appearances under the UFC banner, prior to 10 bouts inside the Bellator cage. And during that stretch, Saunders only had two finishes on the mat. But his 6-foot-3 frame made him a threat every time his opponent took the fight to the ground. That was apparent when Heatherly used his wrestling pedigree to put Saunders on the ground in the opening minutes of their fight. Just over two minutes into the contest, Saunders used his rubber guard to isolate the left arm of Heatherly and transition for the shoulder lock. As he transitioned, Heatherly’s pain tolerance reached its threshold, giving Saunders the first and only omoplata finish in UFC history.