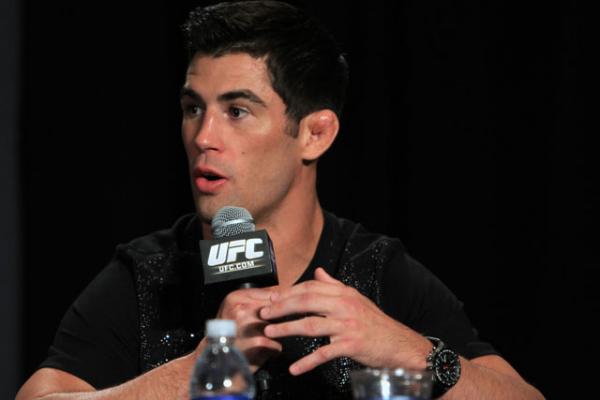 In sports, it’s often said that those most qualified to talk about the sport are those who have played it at the professional level. Regardless of the sport, it’s easy to find someone in the broadcast booth who was once on the field, on the court or in the ring. The UFC has adopted this approach as well over the last couple of years. As it has expanded, it has supplemented the duo of Mike Goldberg and Joe Rogan with additional analysts cageside and in the studio. Many of those analysts have been fighters nearing retirement (Kenny Florian, Brian Stann) or working their way back from injury. There’s no higher profile fighter in the latter category than former UFC bantamweight champion Dominick Cruz.

Cruz had worked to avoid a role in the broadcast booth initially, but the opportunity allowed him to keep active in the MMA world while sitting on the sidelines for almost three years with numerous injuries, including a torn ACL that required two surgeries. He combined his extensive knowledge of the sport of mixed martial arts with a personality that, as it turns out, was suited for working in front of the camera.

Congratulations to Dominick Cruz, the Combat Press selection for 2014 Broadcast Analyst of the Year. His talents on the mic and his insight into fights have made him a fan-favorite among the UFC and Fox Sports 1 broadcast crew. With a long road to recovery on the horizon for Cruz, who sustained another torn ACL in December, fans will have to settle for watching the former champ break down fights rather than demolish opponents. The injury-plagued fighter might be one of the best bantamweights to ever don the four-ounce gloves, but he’s proving to be just as talented behind the Fox Sports 1 desk.