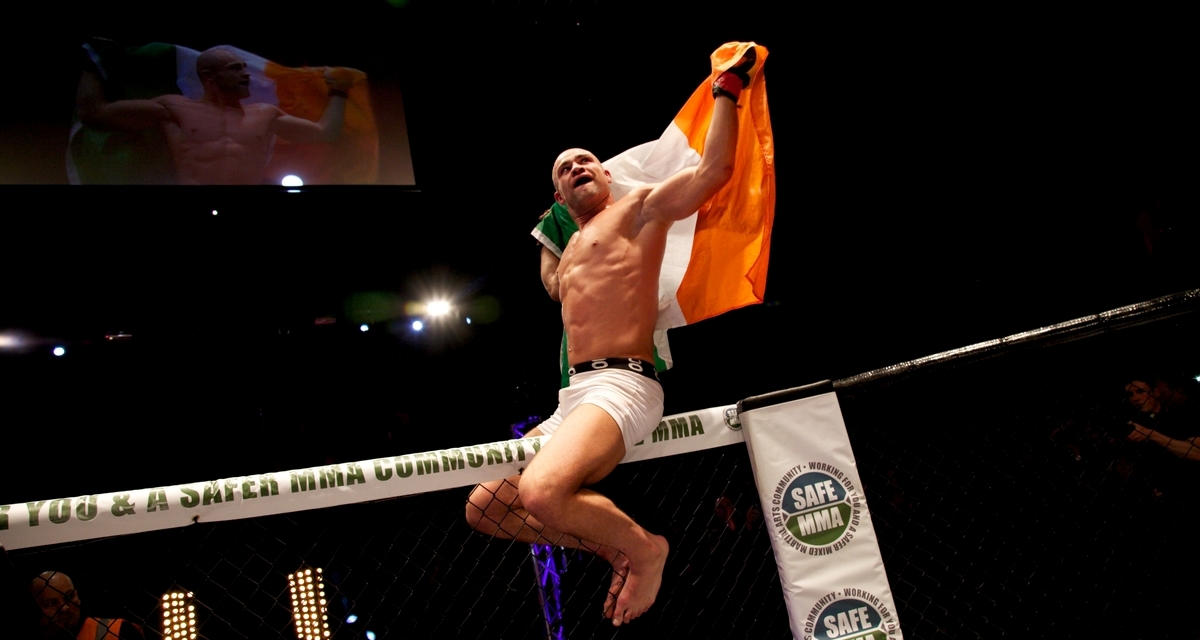 What wills a fighter to victory? Heart? The crowd? Something else?

Regardless of what fuels a combatant to a win, nothing thrills a fight fan like an unexpected comeback.

In 2014, there were multiple battles that saw a dominant first or second round from one fighter, and a stunning finish from their near-beaten opponent. From Matt Brown’s war with Erick Silva in Cincinnati, Cat Zingano’s “Alpha” performance against Amanda Nunes to lock up her title shot or Joe Schilling’s “Knockout of the Year” finish of Melvin Manhoef, there were no shortage of eligible fights this year. Yet, none were as surprising as Cathal Pendred’s technical submission win over The Ultimate Fighter 19 castmate Mike King.

Pendred, the former Cage Warriors welterweight champion, was one of the favorites on the reality show, despite fighting above his natural weight class. The Irishman fell short in his conquest for a TUF title, but earned a fight in his own backyard at UFC Fight Night 46 in Dublin against Mike King.

King looked to play spoiler from the opening bell. He battered Pendred with punches and followed him to the ground. He threatened with a rear-naked choke, but somehow the Irishman was able to defend and escape. King moved to mount and rained punches, forcing the referee to move in for a stoppage. Just as it appeared that King would get the TKO win, the Dublin crowd came alive, screaming for Pendred to survive. Their efforts worked, as Pendred lasted until the horn to end the round.

Likely down 10-8 after the opening frame, round two showcased a very different Pendred. He secured a big slam that electrified the crowd. King fought back, but was visibly exhausted from his big first stanza. Pendred methodically wore King down and took his back. As the round neared its closure, Pendred slapped on a fight-finishing rear-naked choke that put King to sleep. The submission earned Pendred the win, “Fight of the Night” honors and the Combat Press Comeback of the Year award.