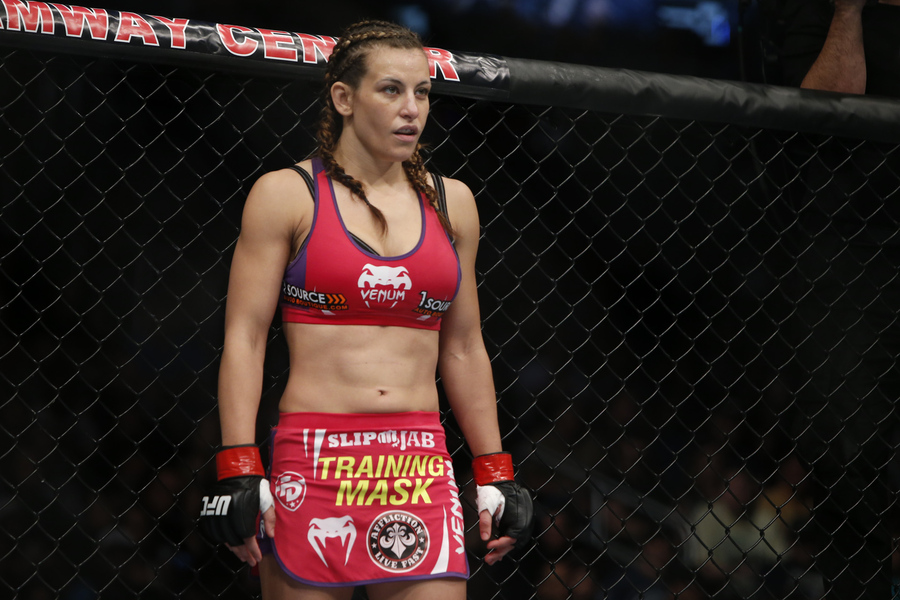 The UFC has announced that former women’s bantamweight title challengers Miesha Tate and Sara McMann will clash at UFC 183 on Jan. 31, 2015 in Las Vegas.

Tate will be coming into the fight riding a two-fight winning streak, most recently beating Japanese star Rin Nakai by unanimous decision at UFC Fight Night 52 in Saitama, Japan on Sept. 20. Tate is 3-2 in her last five fights, with the losses coming at the hands of current champion Ronda Rousey and current No. 1 contender Cat Zingano.

McMann will be looking to string together back-to-back wins for the first time in the UFC. She was last in action against Lauren Murphy at UFC Fight Night 49 on Aug. 16. That night McMann was able to outpoint the always tough Murphy to earn a unanimous decision victory. McMann is 4-1 in her last five bouts with the lone lose coming against Rousey, who needed just over a minute to finish McMann by way of TKO at UFC 170 in February.

UFC 183 is scheduled to take place on Jan. 31, 2015 at the MGM Grand Garden Arena in Las Vegas. The headlining bout features former UFC middleweight champion Anderson Silva against former title challenger Nick Diaz. Silva will compete for the first time since a gruesome leg injury that occurred at UFC 168 against current champion Chris Weidman. Diaz has been out of action since a lopsided decision loss against Georges St-Pierre at UFC 158 in the spring of 2013. He will be looking to snap a two-fight skid.