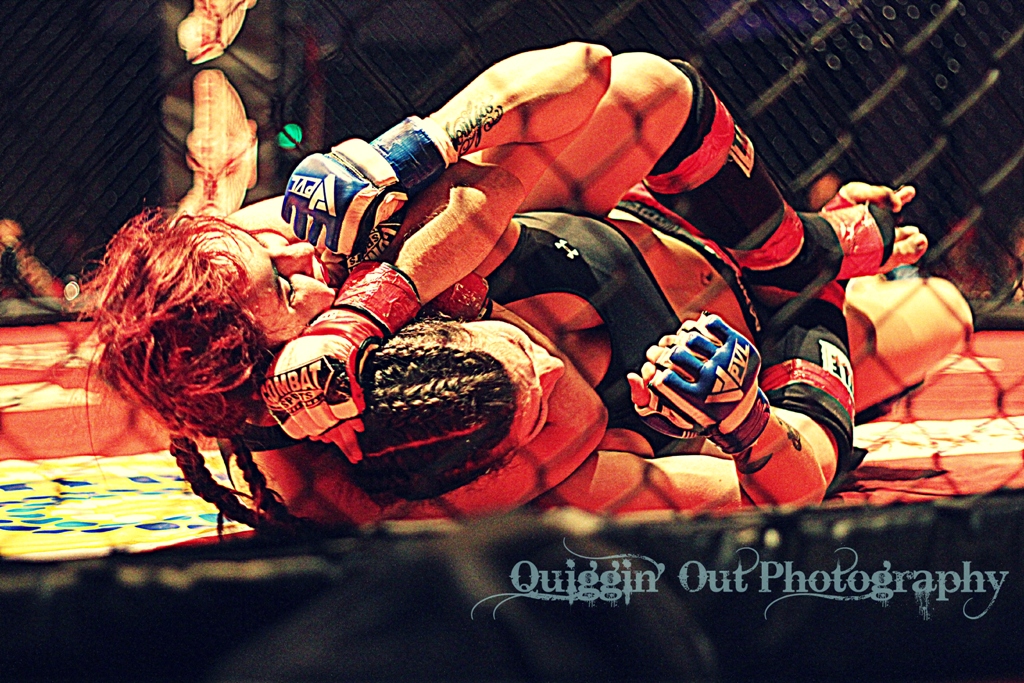 Let’s take a trip back just a few short years ago. The world was supposedly coming to an end, Strikeforce was being systematically dismantled and Jon Jones was starting his dominant run through the light heavyweight division. In the midst of all of this was a local Tampa teenager pursuing her dream. That girl’s name? Delaney Owen. If you aren’t aware of her already, now is the perfect time to get acquainted.

Owen is now a professional fighter with two fights under her belt and an undefeated record. Her next outing comes on the Invicta Fighting Championships 8 platform, where she will be taking on a fighter in J.J. Aldrich who has a similar amateur record but who is making her professional debut. The pressure really is on for both of these girls.

“Fighting professionally is just different. You realize you are fighting for money. You are making a career and a living now,” Owen told Combat Press.

Owen feels that her edge comes by way of already experiencing the added jitters that come with professional fighting. The 21-year-old made her pro debut in January with a third-round rear-naked choke submission finish of Sarah Alpar. She returned to action in June. The outcome was once again a submission victory, this time via armbar against Shannon Gunville.

“My first pro fight was for a title,” Owen recalled. “I took that fight on three weeks’ notice, and I didn’t lose that fight. I beat a girl who was 4-2 as a pro already. It was a lot of pressure on me.”

There was one key difference that separated this fight from most of her others: an actual six-week training camp.

“I’ve only had one other time where I had six weeks to train for a fight,” Owen revealed. “It was Miki Rogers, and that was one of my amatuer fights. And I felt the best in that fight that I have ever felt. My cardio was amazing. My game plan, everything I wanted to do, I did it.”

Owen is also extremely excited for an aspect of this fight that most fans wouldn’t pick up on. For the bulk of her career, amateur and pro, the Highlander MMA Tampa product has fought a weight class above where she wanted to fight. Invicta will give her the chance to compete in her natural weight class, the 115-pound strawweight division. That only adds to her confidence.

“I’m excited to fight someone my own size,” she said.

Owen realizes how much is at stake in this fight. With the UFC recently opening the doors to its own women’s strawweight division, the opportunity to fight inside the Octagon is within reach.

“I look at myself, and I am a 2-0 pro and there’s girls that are 2-1 pro and they are in the UFC already,” Owen said. “I’m not that far away from where I want to be. I feel like if I want to get there faster, I need to make huge leaps and bounds, and a statement.”

Not all of the weight lands on Owen’s shoulders, though. This is an important fight for her debuting opponent, Aldrich, as well.

Owen vs. Aldrich is going to be the first featured Invicta fight on UFC Fight Pass. The placement on the card has its pros and cons for sure. The pro, of course, being that the fights are now available on the UFC Fight Pass instead of via pay-per-view. This opens the door to added exposure for these two fighters exponentially. This leads to the con, though—the diehard fans are going to be watching each and every fight, but what about those not-so-dedicated fans? They may not be interested in watching the first fight, and maybe not even the second. That is a problem for Owen. She wants to make sure people are tuning in for this one.

“I want it to be, ‘Wow! Did you see that finish?’ I want people to be talking about it no matter what,” Owen said. “This is kind of what I am planning for.”

It’s a big night for Owen, and she wants to make one thing clear to her rookie opponent.