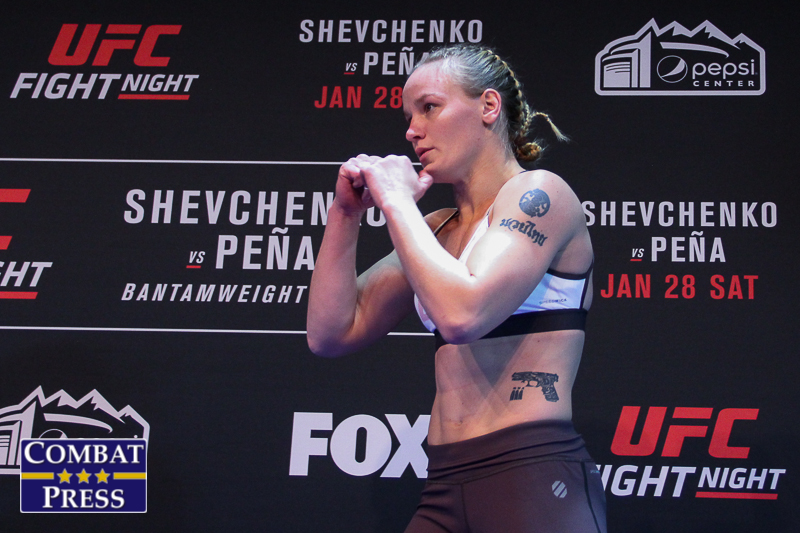 Dropped from the rankings: Amber Leibrock (10)

February may have been quiet for the division, but the best fighter in women’s MMA history and the top featherweight in the world is set to compete in early March. Cristiane “Cyborg” Justino will defend her UFC championship in the main event of UFC 222 when she takes on ranked bantamweight and former Invicta champ Yana Kunitskaya. Cyborg has been so dominant for quite a while, and it’s hard to see her losing any time in the near future.

Dropped from the rankings: Valentina Shevchenko (2)

Valentina Shevchenko dropped to flyweight, therefore causing her to drop from the 135-pound rankings. In March, Cat Zingano returns from a lengthy layoff to take on rising contender Ketlen Vieira. With a win, Zingano has already said she will call out UFC champ Amanda Nunes, a woman she has defeated in the past.

The flyweight division is very hectic right now. The rankings are constantly changing as a number of fighters migrate to 125 pounds. One of those fighters is Valentina Shevchenko, who debuts in the No. 2 spot after her absolute demolition of Priscila Cachoeira. Rin Nakai continued her resurgence in the flyweight division by beating Young Ji Kim in Japan.

Jessica Andrade solidified herself as a top strawweight in February. The Brazilian re-inserted herself into the title picture with a victory over the gritty Tecia Torres.

The atomweight division remained quiet in February, but one top-10 fighter will compete in March. Mina Kurobe will look to keep moving up the ladder when she takes on Satomi Takano at the next edition of Deep Jewels.