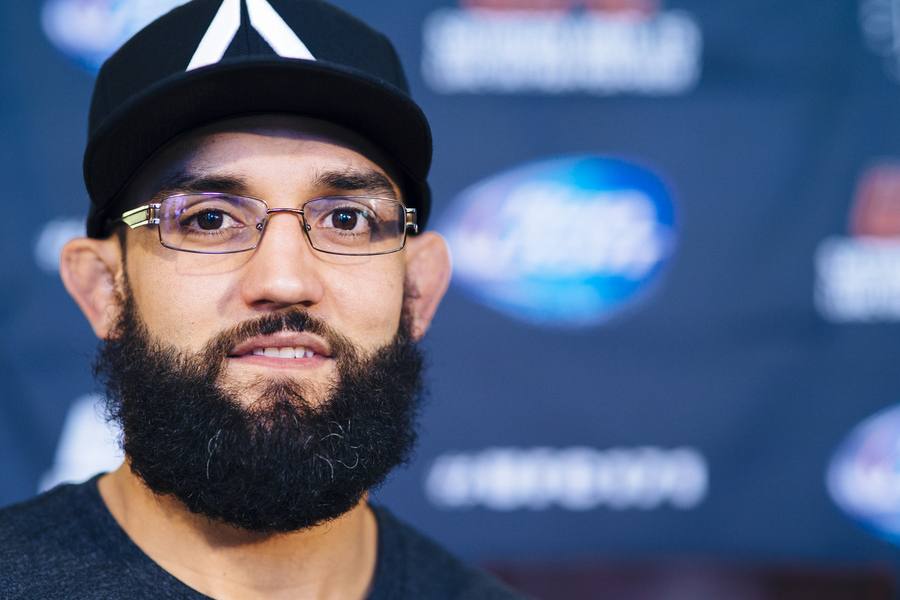 UFC middleweight champion Chris Weidman has suffered a hand injury and is out of his UFC 181 title defense against Vitor Belfort on Dec. 6 in Las Vegas. The fight will be moved to a later date.

Taking the night’s top-billing will be a welterweight title rematch between champion Johny Hendricks and No. 1 contender Robbie Lawler. The pair fought previously at UFC 171 in March, with Hendricks edging Lawler via decision. Hendricks has been out of action ever since due to a biceps injury. Lawler, meanwhile, has battled both Jake Ellenberger and Matt Brown in the interim to reclaim his status as the top challenger for 170-pound gold.

Also on the card will be a lightweight title tilt between champion Anthony Pettis and former Strikeforce champion Gilbert Melendez. The pair coached opposite one another on The Ultimate Fighter 20. Pettis will look to defend his title for the first time since submitting former champion Benson Henderson at UFC 164 last August. Melendez seeks UFC gold for a second time, having fallen short against the aforementioned Henderson last April.

UFC 181 takes place Saturday, Dec. 6 from the Mandalay Bay Events Center in Las Vegas. The night’s main card will air live on pay-per-view, with the preliminary card likely to be split between a Fox Sports 1 broadcast and a stream on UFC Fight Pass. More bouts for the event, as well as the official broadcast plans, are expected to be revealed in the coming months.