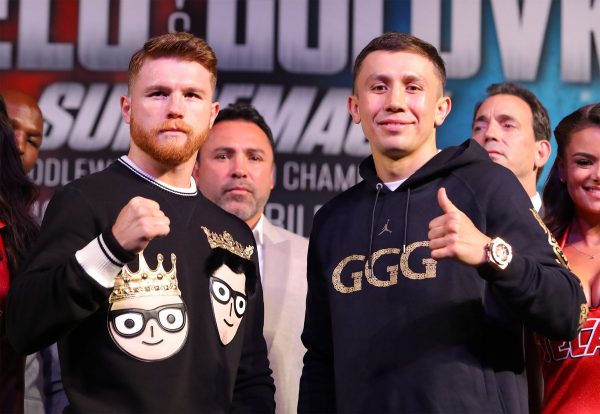 Who Is the Best Pound-For-Pound Boxer Today?

Boxing is going through a transition period, especially concerning the pound-for-pound rankings. Over the past few years, Canelo Alvarez has been considered the best boxer in any weight class on the planet. However, after biting off more than he could chew and losing convincingly at light-heavyweight to Dmitry Bivol, the shine has been taken off his claim as pound-for-pound king.

Following his first fight with the legendary Kazakhstani Gennady Golovkin, many people thought Golovkin had done enough in a close fight. The fight was a draw, much to fans’ and pundits’ outrage. The best sportsbooks promotions offer many boxing odds, and you would have got a very good price on that fight being scored a draw that night.

However, in the rematch, Canelo performed much stronger, and many people believe he had done enough this time around. In again, what was a very close fight, Canelo got the nod and cemented his legacy as one of the best boxers on the planet.

Following the Bivol loss, other boxers have staked their claim for the pound-for-pound crown. One of those fighters, with the biggest statements for the throne, is the legendary Ukrainian Oleksandr Usyk. After unifying all the belts at cruiserweight, he moved up to heavyweight to challenge Anthony Joshua for three of the four world championship belts at heavyweight. Usyk beat Joshua convincingly and did so again in the rematch, which catapulted him right up the pound-for-pound rankings.

Another man who has a legitimate claim for this mantle is the American wizard, Terence Crawford. Crawford has remained undefeated throughout his career and has beaten all of the welterweight contenders in front of him. However, despite his incredible ring generalship and astonishing technique, he has been without a big name to cement his claim as pound-for-pound number one.

A big-money showdown with fellow American Errol Spence Jr could be the ticket to cement Terence’s claim as the greatest fighter of his generation. Having a huge name on his record, like Spence, would go an awful long way to him becoming the legitimate pound-for-pound king. Many analysts are split on how this fight would go, and a case can be made for both fighters to come out on top.

Hopefully, they can get it on within the next 12−18 months, whilst both are still relatively in their prime. Then, the list could look completely different; if Spence wins, he could also be in the mix for the best pound-for-pound fighter.

Another excellent fighter that we should not neglect to mention is the Japanese sensation, Naoya Inoue. The undefeated bantamweight king has eviscerated all the top fighters between light flyweight and bantamweight. Not only has he done this convincingly, but he has also carried his frightening power up three weight divisions. This is very rare in boxing, and it is something that should be seriously commended. If the Japanese wrecking ball can continue his ascent through the weight categories, we could have another Manny Pacquiao on our hands. However, Inoue may have reached his limit. He fought a close fight with legendary Nonito Donaire, and Donaire caught Inoue with some blistering shots, despite Donaire being in the twilight of his career.

To be fair to Inoue, his victory in the rematch was explosive and extremely decisive. He destroyed Donaire, and it looks like he may have ended a legendary career. Again though, Inoue could be a victim of not having enough contenders in the weight classes around him. A great fighter is only as great as his rivals.

Muhammad Ali was the greatest of all time, but he had to beat fighters with serious caliber for people to realize just how good he was. His great rivals included the likes of George Foreman, Joe Frazier, and Sonny Liston. Inoue may see himself overreaching and fighting future superstars at featherweight or even super featherweight. Shakur Stevenson is one of these names, and he will likely find himself at the top of the pound-for-pound list in a few years.

Shakur has unbelievable ability and a sensational natural talent, but he also finds himself in and around weight divisions where he could fight some of the biggest names. A move up to the lightweight division and beyond could be on the cards. If this is the case, he will find himself in the mix in arguably the most stacked weight class in the sport today. Including Teofimo Lopez, Devin Haney, Tank Davis, and Vasyl Lomachenko. Fights against any of these names would be marquee nights in the sport.