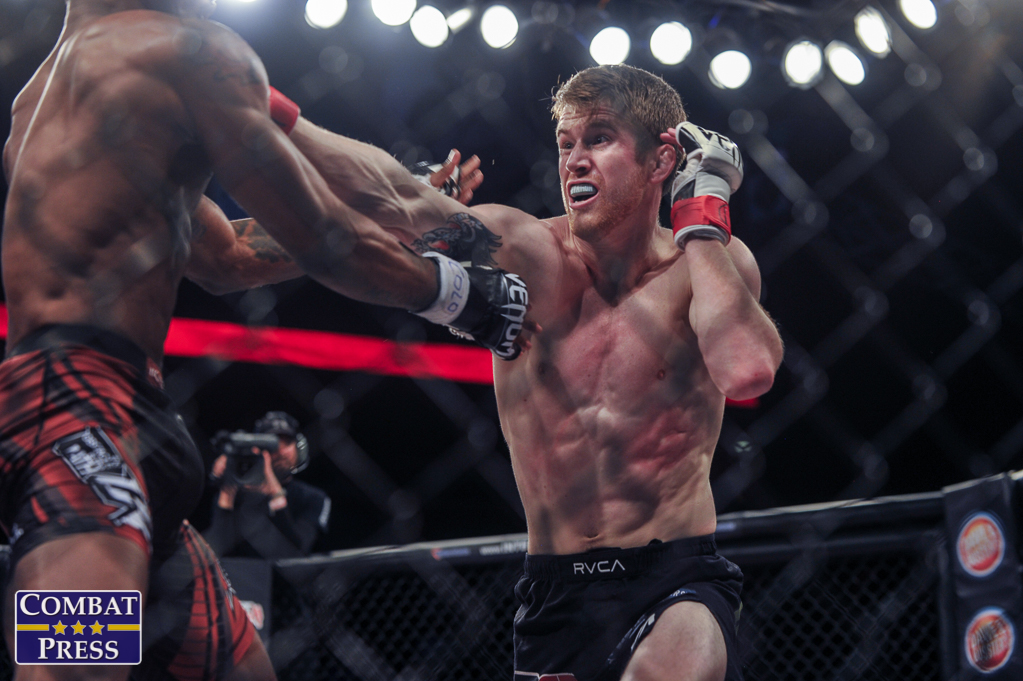 UFC 279 was a bizarre event on the heels of a strange fight week. The UFC will look to have a return to normalcy of sorts this weekend with UFC Fight Night: Sandhagen vs. Song.

The main event pits bantamweight contenders Cory Sandhagen and Song Yadong against one another as they look to etch out a spot for themselves in the crowded title picture. With champion Aljamain Sterling slated to meet former champion T.J. Dillashaw, and Petr Yan squaring off against rising star Sean O’Malley, a win might not earn the victor a title shot, but it certainly will put him on the short list for title challengers in the near future.

The co-main event is a slugfest in the middleweight division as Chidi Njokuani faces off against Gregory Rodrigues. Njokuani has yet to lose since joining the UFC, and Rodrigues has lost just once in his last six outings.

UFC Fight Night: Sandhagen vs. Song will be held inside the UFC Apex in Las Vegas, NV. The event airs in its entirety on ESPN+ starting with the prelims at 4 p.m. ET, followed by the main card at 7 p.m. ET. Combat Press writers Andrew Sumian and Matt Petela preview the action in this week’s edition of Toe-to-Toe.

Cory Sandhagen’s three UFC losses have come to former or eventual bantamweight champions; what would a win say about Song Yadong’s future?

Sumian: Song Yadong is taking on a huge step up in competition when it comes to Cory Sandhagen. Sandhagen has fought elite talent for the majority of his bantamweight contendership and will be eager to return to the win column. If Song can defeat Sandhagen, it will certainly prove that he is on the list of contenders who will be in the talks of a title shot in 2023.

The biggest difference between the two bantamweights is versatility and experience. Sandhagen is lengthy and unorthodox. He will certainly have the reach and height advantage, which should allow him to stay on the outside and effectively out-strike Song. Song is a prolific power puncher capable of knocking out elite bantamweights. He continues to get better with every Octagon performance but will need to bring an elite game plan to the table to defeat Sandhagen.

This fight should provide fans with an entertaining back-and-forth affair. Despite Song’s three-fight winning streak, I do not think he is ready for the likes of Sandhagen just yet. The former interim bantamweight title challenger will outpoint Song for five rounds and earn a steady unanimous decision. This will take nothing away from Song as he is only 24 years old and getting better by the day.

Petela: A win for Song Yadong against Cory Sandhagen will mark his arrival as an elite bantamweight. With more charismatic figures like Sean O’Malley garnering a lot of attention, Song has flown under the radar a bit at 135 lbs. His last two wins have come by stoppage and he has really turned the corner after his setback against Kyler Phillips. This certainly is a step up in competition for him against Sandhagen but it’s a test that he will pass with flying colors.

That’s not to say there won’t be any adversity. Sandhagen will start the fight by trying to puzzle Song with his unorthodox footwork and darting in and out of range as the longer fighter. However, by the second round, Song will have started to get the timing of Sandhagen a bit and have more success landing quick combinations, as Sandhagen tries to stay elusive. By the fourth round, Sandhagen will still be using the same type of movement but he will be wearing down and half a step slower. That will give Song an opening to land a big right hand as Sandhagen tries to duck out of range, not dissimilar to how Marlon Vera landed a head kick against Dominick Cruz a few weeks back. The big right hand will be the beginning of the end, and, after a few follow-up shots on the ground, Sandhagen won’t be able to intelligently defend himself and the fight will be over. Biggest win of Song’s career by far.

Pat Sabatini has won six straight fights, including all four of his UFC bouts; does he continue his hot streak by defeating Damon Jackson?

Petela: This fight is going to be a grappling fan’s dream come true. Pat Sabatini is not only on a six fight winning streak, he has 10 career submissions. Meanwhile, Damon Jackson has won 15 fights via submission so these two will both look to grapple early and often. This is no easy test for Sabatini as he looks to move from prospect to contender, Jackson has notched three wins in a row of his own including a decision win over jiu-jitsu black belt Charles Rosa.

Ultimately, neither man will add another submission to their record, but Sabatini will earn a decision victory in a back and forth contest. He will prove to be the faster man during the brief striking exchanges and will get the better of the wrestling and grappling exchanges. This fight will be one of those 30-27 across the board scorecards that is deceptive because each round is close.

Sumian: Agreed with my colleague. We have both been high on Sabatini since his octagon debut and for good reason. He will make it five octagon wins in a row when he defeats Jackson by unanimous decision and continues his climb up the featherweight rankings.

Joe Pyfer, Daniel Zellhuber, and Denise Gomes — do we need to know these names?

Sumian: The only newcomer that has grasped my attention is Daniel Zellhuber. He is a 23 year old undefeated debutant standing at 6’1. The Mexico native has shown versatility throughout his professional career and has the makings of becoming something special if he can find his footing in the UFC. He takes on Trey Ogden who lost his UFC debut by split decision and is an accomplished grappler in his own right.

Petela: Daniel Zellhuber is definitely a name to watch but so is Joe Pyfer. He lost his first fight on the Contender Series but has won two straight since then, both by stoppage. He has real power in his hands as proven by his six career knockout victories. He’s not exactly the type of newcomer who is going to be fast tracked into contention but he could make a methodical climb up the rankings.

Petela: Aspen Ladd. She might not get cut with a loss but she might be forced to move back to the shallow featherweight division. She has lost two straight, once at featherweight and once at bantamweight, and a third would effectively remove her from contention for the title at 135 lbs. for quite some time. If the young fighter wants to put herself on a faster track towards gold she may have to move up to featherweight full time and retool her career to avoid becoming a middle of the pack fighter for the bulk of her career.

Sumian: Andre Fili. He is 1-3-1 in his last five fights and has not finished an opponent since 2019. Fili had massive potential in the beginning of his UFC career but failed to deliver on big fights that cost him the spotlight. I can see him taking a path to Shane Burgos and testing free agency where he will likely be appreciated by another organization.

Sumian: The middleweight clash between Chidi Njokuani and Gregory Rodrigues is the exact type of fight that screams fight of the night. The pair combine for 25 finishes and are coming off prolific knockout victories. These two will deliver an epic middleweight fight on Saturday night.

Petela: Mariya Agapova vs. Gillian Robertson. This is another fight that is going to be a fun back and forth grappling battle. Robertson has seven submission wins on her resume and Agapova has five. Robertson makes no bones about the fact that she wants to get the fight to the mat and she will have a willing partner in Agapova. This one won’t go the distance.

Petela: Chidi Njokuani. He will make it three straight POTN bonuses with a third consecutive knockout victory over Gregory Rodrigues. Rodrigues is also coming into this fight off a bonus winning knockout and these two will be swinging for the fences early and often. For a third straight fight, Njokuani will finish this fight before the end of the first round and find himself $50,000 richer at the end of the night.

Sumian: Trevin Giles. He is 0-2 in his last two fights but will get back on track by defeating Louis Cosce by knockout in the second round. Cosce is a step down in competition for Giles and has not competed since November of 2020.

Sumian: UFC 279. Despite the UFC’s incredible feat of re-arranging the UFC 279 main card, the show in general was a failure. The UFC should have taken several of this weekend’s cards and put them on 279 to provide fans with a better PPV. This card will deliver a significantly better night of fights and continue to puzzle fans on why they should be spending 75 dollars for non-title fights.

Petela: Water ice. The Philadelphia summer staple is perfect for this card as the season draws to a close. There’s really never a bad time for a water ice but with Philadelphia products Bill Algeo and Pat Sabatini both fighting on this card the stage is set for the City of Brotherly Love to have a big night so enjoy the region’s finest summer treat as both of these prospects pick up big wins.