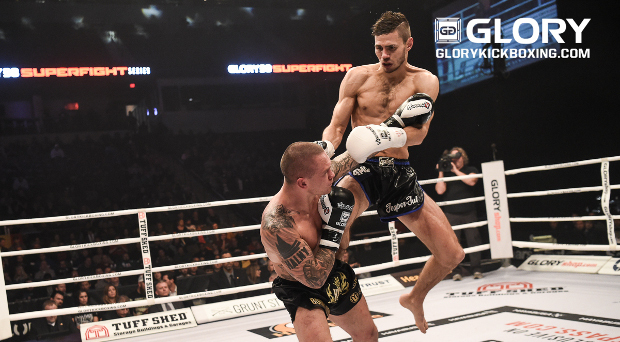 Three Reasons To Watch ONE 158: Tawanchai vs. Larsen

ONE Championship will bring another stellar card to the Singapore Indoor Stadium on Friday, Jun. 3.

ONE 158: Tawanchai vs. Larsen will feature a 13-bout lineup that includes numerous ranked athletes and a bevy of finishers from top-to-bottom. It promises to be another fast-paced event from the world’s largest martial arts organization, and fans can expect ONE Chairman and CEO Chatri Sityodtong to hand out several 50-thousand-dollar performance bonuses throughout the evening.

Let’s cut right to the chase and look at three reasons you need to watch ONE 158 this Friday.

World Title Implications
Whether it’s the ONE Featherweight Muay Thai world title eliminator between Tawanchai PK.Saenchai and Niclas Larsen in the main event, the bantamweight scrap between second-ranked contender Kwon Won Il and fourth-ranked Fabricio Andrade, or the heavyweight kickboxing clash between Rade Opacic and Guto Inocente, this card is loaded with bouts that could change the landscape at the top of their respective divisions.

And that is without even mentioning the two scintillating flyweight matchups that could send the victors to the front of the line after ONE 158.

This event could be pivotal for a plethora of weight classes in The Home of Martial Arts, with at least one world title contender guaranteed to be confirmed by night’s end.

Strawweight Heat
Adrian Mattheis and Alex Silva had a controversial result in their first outing earlier this year, so ONE has decided that these two strawweight warriors need to run it back.

Even Mattheis, who earned the win in their meeting, admits there is a score to settle – but it’s not necessarily a personal beef. An early referee stoppage denied both men a concrete conclusion to the competitive rivalry, so they are eager to find one.

Silva wants to show the world he was robbed of a proper performance, while Mattheis wants to reaffirm his rise with another win over the former divisional king.

These two have a history of finishing inside the Circle, so fans can expect neither to waste time getting after it once it gets underway – and a clear result to emerge before the closing bell.

Burgeoning Heavyweights
Marcus “Buchecha” Almeida and Odie Delaney return to the Circle at ONE 158 for an opportunity to continue their ascent up the heavyweight ranks against Simon Carson and Mehdi Barghi, respectively.

While they are both new to their mixed martial arts careers, each man is very familiar with competing.

Buchecha’s grappling career is legendary, and Delaney is a former NCAA Division I All-American wrestler. Both men have a fantastic base to build off of, and this event is their opportunity to show that they have the potential to threaten the top heavyweight competitors down the line.

Should they find success at ONE 158, fans may see them in some crucial battles in the latter half of 2022.