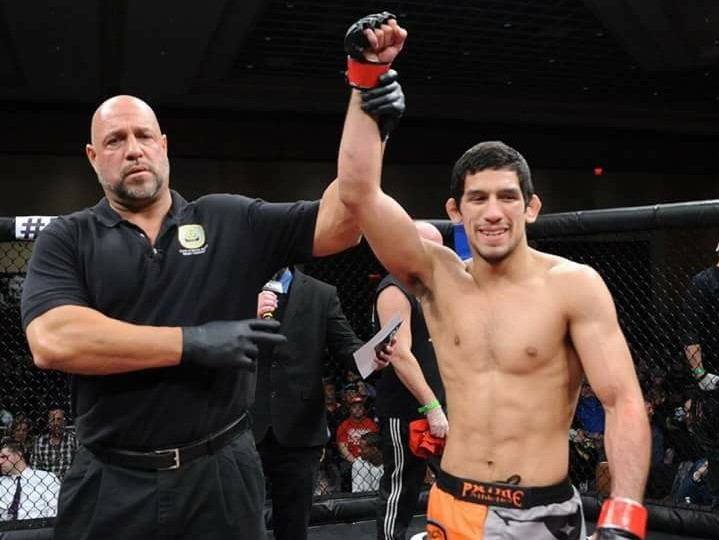 Babilon MMA returns this weekend with its 12th effort. The card isn’t very deep, but it is capped off by a middleweight championship affair. The title is currently vacant, but that will change after Paweł Pawlak and Adrian Błeszyński meet in the evening’s main event.

Pawlak is the familiar name in this pairing. The 30-year-old is a UFC veteran, but he only managed one win through three Octagon appearances. That victory came via decision over Sheldon Westcott at UFC Fight Night 64 in 2015. Meanwhile, Pawlak dropped decisions to Peter Sobotta and Leon Edwards. “Plastinho” debuted in 2010 and had compiled 10 pro wins before joining the UFC. After his release from the promotion following the loss to Edwards, the Polish fighter stumbled to another decision loss against Igor Fernandes. He recovered with three straight wins, including two under the Babilon MMA banner, but then faltered again in late 2018 against Daniel Skibiński. Again, Pawlak rebounded, this time with a split decision over Evgeny Bondar. The Shark Top Team representative has eight knockouts and three submission finishes, but the majority of his fights since 2014 have gone the distance.

Błeszyński has been bouncing around the European fight scene since his 2015 debut. “Ares” won his first three fights out of the gates, all via strikes, but then ran into trouble. He lost two of his next three fights with the Fight Exclusive Night organization. After taking a step back down to smaller regional organizations, the Sportowe Zagłębie product again strung together three wins. In May 2019, he made his Babilon MMA debut in a loss to Michał Pietrzak. He has since added two more victories to his resume, albeit against .500 fighters. Błeszyński had scored stoppages in all of his victories until his most recent outing against Mikhail Bureshkin. That fight went to the scorecards.

Pawlak might not have been able to hang with UFC talent, but he’s become a solid veteran in the Polish MMA circuit. He’s won four of his last five contests, but the loss to Skibiński is a concern. So, too, is Pawlak’s lack of recent finishes. He started off his career strong, but he quickly reached his ceiling.

Błeszyński isn’t exactly the toughest opponent, though. He struggled at the amateur level and hasn’t exactly rolled through the competition as a pro. His first loss came against a 2-2 opponent, and his most recent setback came against a fighter with a 7-3 mark at the time who is now 8-4.

Pawlak will have to be wary of Błeszyński’s power. “Ares” has one submission, but he’s far more dangerous with his fists, which have accounted for seven knockouts. Pawlak packs quite the punch as well, and he has never been an easy out. Barring a surprise knockout for Błeszyński, this should follow Pawlak’s recent pattern and end with a judges’ nod in favor of the UFC castoff.

We only have one undefeated prospect featured in this week’s preview. That man is bantamweight up-and-comer Askar Askar. The Midwest Training Center fighter returns to action on Friday at Hoosier Fight Club’s 42nd show, where he’ll tangle with Saidyokub Kakhramonov. Even better, fight fans can tune in to watch the fight right here on Combat Press courtesy of Fite TV.

Askar went 6-1 as an amateur before shifting to the pro level in 2015. He actually had four fights scrapped before finding a first pro opponent in Jake Lamb, whom Askar destroyed via strikes in the first round. After a five-fight winning streak under the Hoosier FC banner, he landed in Titan Fighting Championship, where he earned a decision victory over fellow undefeated prospect James Blair. The 25-year-old’s bad luck continued with another four scrapped opponents, including future Bellator fighter Ricky Bandejas. He did post a successful 2018 campaign that included a trio of victories spanning across Victory Fighting Championship, the Legacy Fighting Alliance and Hoosier FC. This run included a step up in competition against Derrick Mandell and Dennis Dombrow, both of whom dropped a decision to Askar. The Chicago-based Palestinian ran into more misfortune in 2019. First, he missed weight for his scheduled Bellator debut. Then, his LFA 70 fight against Jake Childers fell through. He finally returned in October to submit Alberto Martinez Jr. at Island Fights 60.

The 24-year-old Kakhramonov reeled off three amateur wins before turning pro in 2017. His first three pro bouts ended in first-round finishes for the Team Top Notch combatant. He added two decision wins before getting his first taste of defeat courtesy of Umar Nurmagomedov. The two men met in a showcase fight during the 2018 Professional Fighters League season. Kakhramonov bounced back with another first-round submission the next month. He only had one fight in 2019, and it ended in disappointment when Pipe Vargas landed a flying knee in the third round to finish Kakhramonov.

Askar’s biggest struggles tend to happen before the cage door closes. As of this moment, his fight with Kakhramonov still appears to be a go, but who knows what could happen between now and Friday evening. Assuming these men actually do lock horns, Kakhramonov is in for a tough night. Askar has faced and defeated far better competition, whereas Kakhramonov has been defeated by the best two fighters he has encountered.

Askar definitely needs to pick up the pace and also fine-tune his weight cut if he ever wants to make it to the big show. He’ll need to start by coming in on weight for this fight. He appears to be the better fighter on paper, and it should translate to a knockout to keep his perfect record intact.

It’s back to the drawing board for a longtime staple of this preview series. Manny Bermudez finally made his move to the big leagues, but it didn’t end well. He started off strong with three straight victories in the UFC. However, after back-to-back losses inside the Octagon, he’s now set to fight for the vacant New England Fights lightweight strap at the promotion’s 42nd event. Bermudez, who spent most of his career at bantamweight and featherweight, makes his 155-pound debut against veteran journeyman Bruce Boyington.

Bermudez put together quite a run after turning pro in 2015. The Cage Titans and CES regular was perfect through 11 fights at the time of his UFC signing. He continued his success on the big stage with submissions of Albert Morales, Davey Grant and Benito Lopez, but the Lopez fight was actually a sign of things to come. Bermudez came in heavy for the bout, which prompted his next fight to be scheduled as a catchweight affair. In that fight, he was decisioned by Casey Kenney. The 25-year-old decided to move to featherweight for his next appearance, but he even missed weight for that fight and ended up getting submitted by Charles Rosa. This led to his exit from the UFC. Now, he steps in on short notice to replace training partner and fellow UFC vet Josh Grispi in this title tilt.

Boyington, 40, has been around the block a few times since his arrival in the pro ranks in 2009. “The Pretty Boy” lost his debut to notable foe Rick Hawn. After suffering another setback in his sophomore effort, Boyington finally had his hand raised in his third pro contest. It was the beginning of a three-fight winning streak, but that success was followed by a three-fight skid. It’s been a roller-coaster ride ever since. His longest winning streak consists of five fights, including two victories under the World Series of Fighting banner. This stretch included three split-decision nods for Boyington. His success with the WSOF came to an end as part of another skid when he lost to Andre Harrison, who submitted the veteran in less than two minutes.

While Boyington is arguably the bigger fighter, he’s actually alternated between the featherweight and lightweight divisions. So, size shouldn’t be a huge factor in this fight. The bigger question has to do with Bermudez’s frame of mind. He battled the scales for much of his UFC tenure, and he suffered his first and second career losses over the course of his last two outings. Bermudez was a talented prospect on his way up, and he has proven that he can win in the UFC. However, his confidence could be at an all-time low right now.

The good news is that Bermudez hasn’t had much time to get inside his own head. He stepped up to replace Grispi on just three weeks’ notice. He’s also set to take on a fighter who rarely pulls off the big win. Even when Boyington has found the victory against a notable name, it’s been by the slimmest of margins. As long as Bermudez sticks to what got him to the big leagues in the first place, he should have no trouble with Boyington. Bermudez has 11 submission wins. Boyington has nine submission losses. There’s a clear path to victory here for Bermudez.