Mixed martial arts continued to grow in popularity in 2021, with impressive numbers in both social media growth and traditional television reach, according to The Nielsen Company’s latest report: Year In Review – Sport Consumption Evolution. Once again, ONE Championship and the Ultimate Fighting Championship continue to lead the charge for martial arts, and they even outpaced many traditional sports properties.

“The sports industry continues to adapt to the new habits fans have developed over the last two years, with the pace of change accelerating substantially since the start of the pandemic in 2020,” stated the report. “This is evidenced by the increasingly flexible and dynamic approaches to competition formats, fan engagement, and content distribution by the world’s biggest sports properties.” 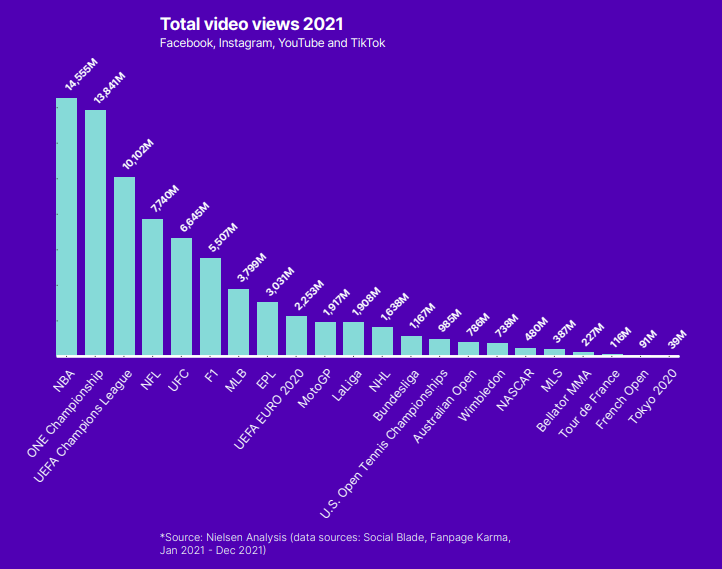 “Whilst social media followers and video views continue to grow, the strength of TV as a primary source of content consumption still endures,” the report said. 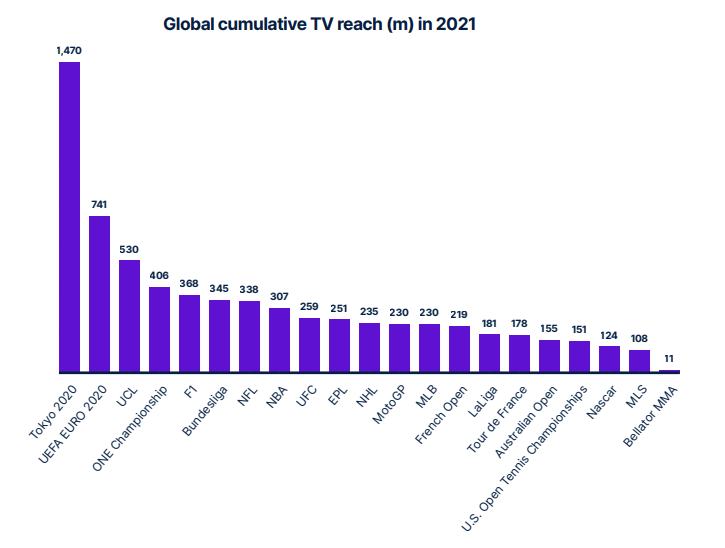 ONE Championship reached the top five with 406 million, and the UFC grabbed ninth with 259 million, coming in ahead of the English Premier League.

Overall, the report made it clear that, to be successful, sports properties must focus on keeping both their traditional and new media outlets up to date.

“The growth of social media platforms and the continued strong performance of TV broadcast indicates that a multi-faceted approach to reaching fans is required,” the report stated.

The global nature of martial arts has allowed both ONE Championship and the UFC to continue to gain fans. Both organizations are delivering content that their fans want, and this is evident in the numbers released by The Nielsen Company.

Martial arts is now a staple in the sports world, with its popularity growing year to year. And, the future looks bright.