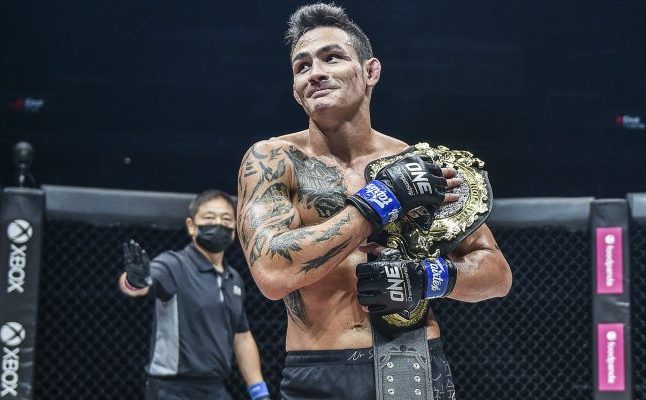 ONE Championship ‘Inside the Matrix’ Results: De Ridder and Le Win Titles, Lee and Xiong Defend

On Friday, Oct. 30, ONE Championship again touched down in its home base of the Singapore Indoor Stadium in Singapore. The event, dubbed ONE Championship: Inside the Matrix, featured four title bouts.

In the headliner, two-division ONE titlist Aung La N Sang attempted to defend the middleweight championship against undefeated challenger Reinier De Ridder. N Sang was making the fourth defense of the title he had held since June 2017 when he decisioned Vitaly Bigdash. De Ridder, however, continued his unbeaten run in MMA. He had compiled a record of 12 wins with no losses going into this bout and is a black belt in both judo and Brazilian Jiu-Jitsu. He utilized those skills to get the submission finish of N Sang.

The co-main event featured reigning ONE lightweight champion Christian Lee of Singapore and challenger Iuri Lapicus of Moldova. The Moldovan had never tasted defeat in his 14 fights as a professional before challenging for the title. This impressive run included a jaw-dropping 12 consecutive first-round finishes. However, Lee owned the ONE record for most finishes with 12, which consists of eight knockouts and four submissions, entering this contest and finished Lapicus in the first frame of a back-and-forth fight.

The third title fight of the night was the one between defending ONE featherweight kingpin Martin Nguyen of Australia and his challenger, Thanh Le of the United States. Nguyen has nine TKO finishes in his 13 wins. Le, on the other hand, had 10 TKO wins and added a finish of Nguyen to his resume to claim the belt.

The event streamed on the ONE app and ONE’s YouTube channel at 8:30 a.m. ET. American fight fans could find the broadcast on the B/R Live streaming platform.