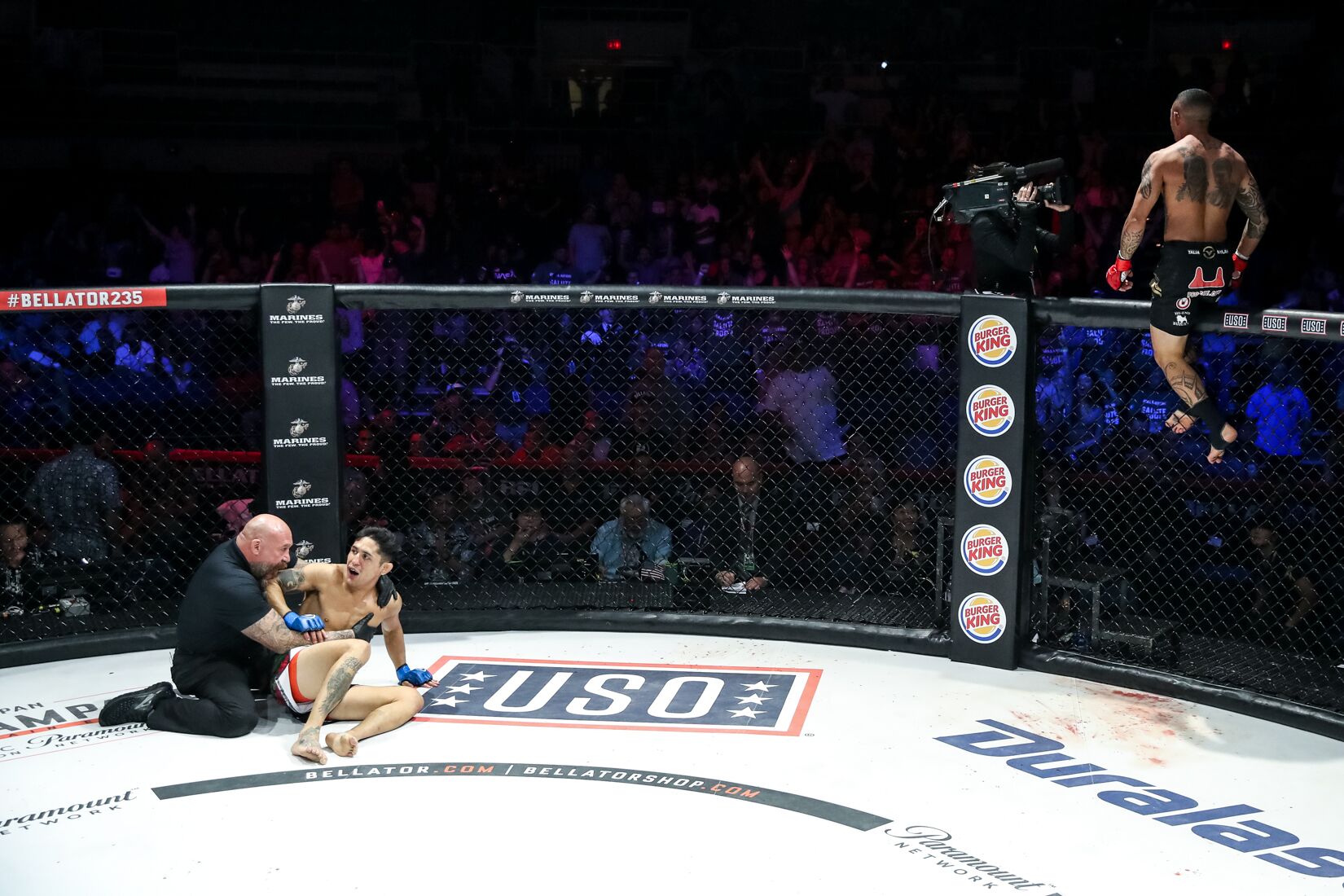 On Friday, Dec. 20, Bellator MMA hosted Salute the Troops 2019 from the Neal S. Blaisdell Center in Honolulu, Hawaii, in the first of back-to-back events over the weekend.

The two-night extravaganza was supposed to kick off by putting the spotlight on Josh Barnett. The Pride, Strikeforce and UFC veteran was slated to be back in MMA action for the first time since 2016. His Bellator debut was scheduled against Ronny Markes, a fellow UFC vet. However, Barnett was deemed unfit to compete by the Hawaiian commission due to illness and the fight was pulled at the last minute.

In the evening’s main event, another UFC veteran made his promotional debut. Mexico’s Erik Perez left the UFC while on a three-fight winning streak. The bantamweight up-and-comer joined Bellator after adding a successful two-fight stint with Combate Americas. He faced Hawaii’s own Toby Misech on Friday night.

The preliminary card began at 8:45 p.m. ET and can be seen on DAZN, Bellator.com or via the promotion’s app. The main card got underway at 10 p.m. ET and airs live on the Paramount Network and DAZN.