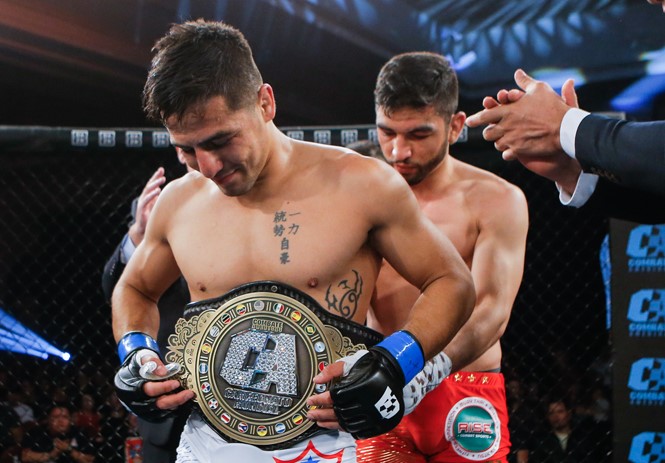 On Friday, Aug. 23, Combate Americas hosted its 42nd event from the Lake Tahoe Outdoor Arena at Harvey’s in Nevada. The event was a joint effort with Nevada-based Tuff-N-Uff.

The card featured two title fights as Gustavo Lopez and Joey Ruquet tangled for bantamweight gold, while Andrés Quintana battled Bruno Cannetti with the featherweight belt on the line.

The event aired live on DAZN beginning at 9 p.m. ET.