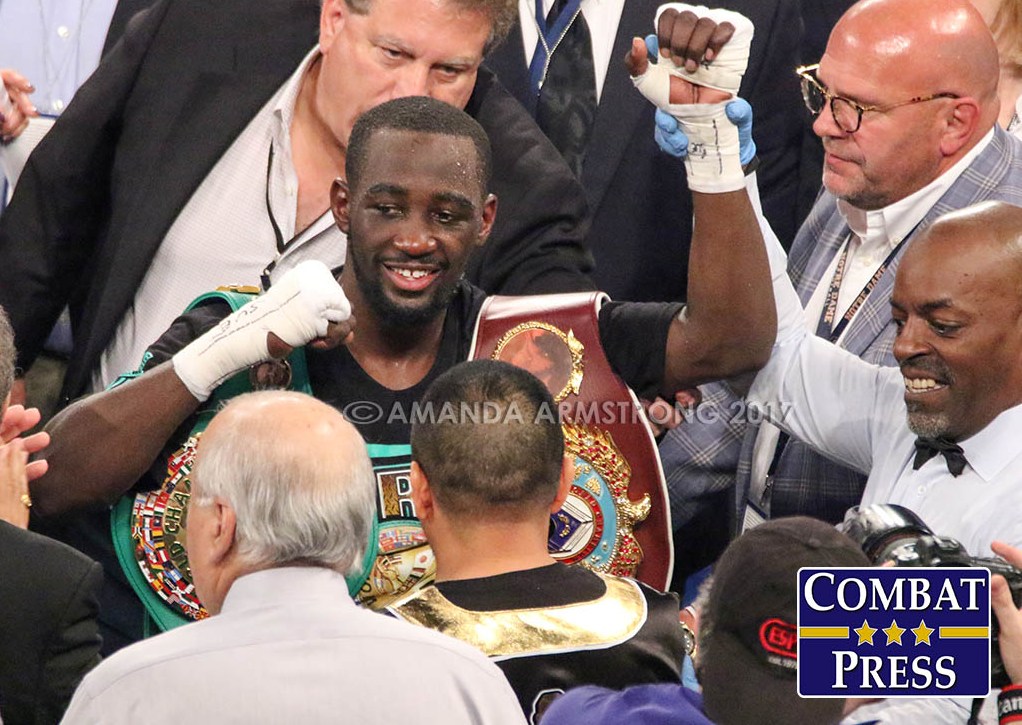 On Saturday, April 20, Top Rank returned to the Madison Square Garden in New York, for Crawford vs. Khan.

In the night’s main event, Terence Crawford retained his WBO world welterweight title when he took a technical decision victory over former WBA and IBF world super lightweight champ Amir Khan following an accidental low blow in the sixth round. Crawford pushed his record to 35-0 with the victory.

The event aired live on pay-per-view.