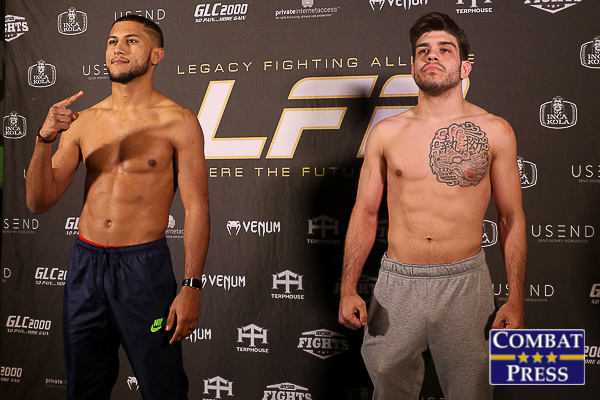 On Friday, Jan. 18, Legacy Fighting Alliance returns to the 1STBANK Center in Broomfield, Colo., for its 57th event.

In the night’s main event, undefeated featherweight prospect Youssef Zalal clashes with Jose Mariscal. The Factory X product Zalal has stopped all six of his professional wins, including a first-round finish of Steven Merrill at LFA 56 in December. Mariscal will be making his promotional debut after stops with Ring of Combat, Victory FC and Hoosier FC.

Below are photos of the event’s weigh-ins shot by Amanda Armstrong of Combat Press. Click an image for a larger version.