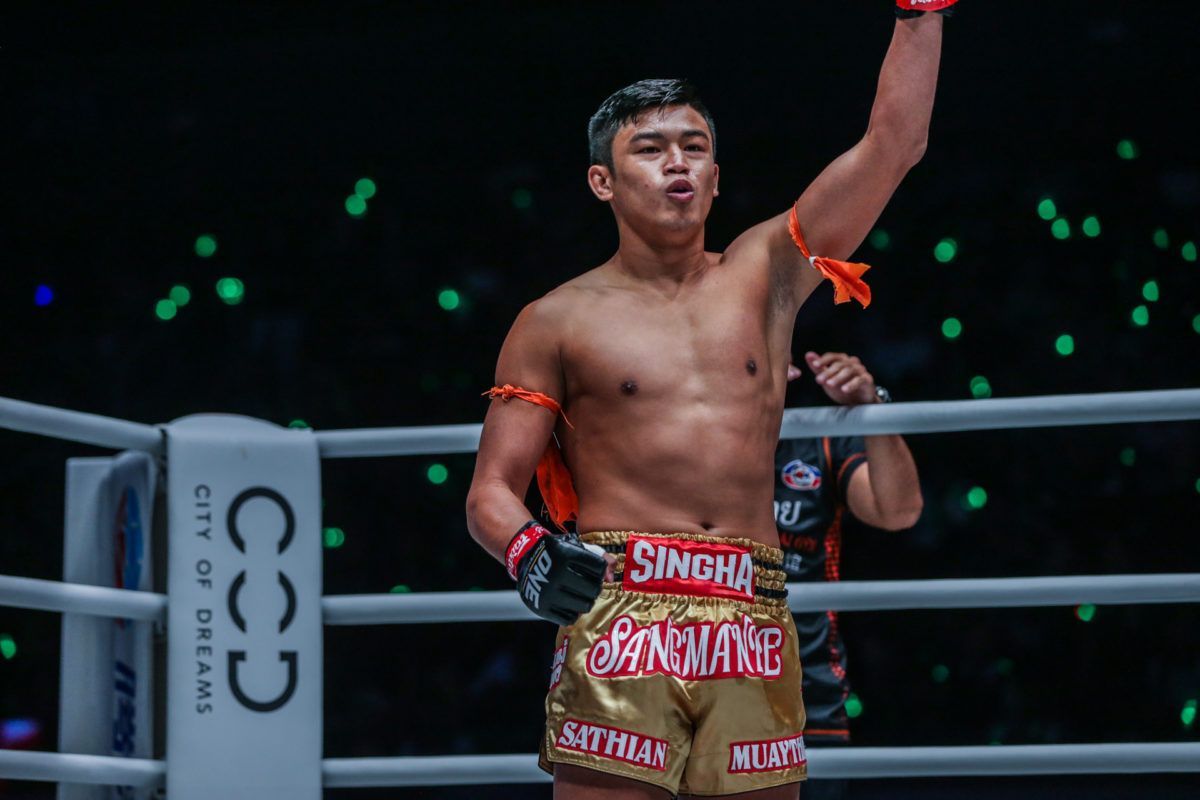 ONE Championship: No Surrender III Preview and Predictions

Last weekend, Saemapetch Fairtex advanced in ONE Championship’s bantamweight Muay Thai tournament with a victory over Rodlek PK.Saenchaimuaythaigym. This weekend, at ONE’s No Surrender III, Saemapetch’s finals opponent will be revealed.

The two remaining semifinalists are Sangmanee Sathian and Kulabdam Sor. Jor. Piek Uthai. These youngsters have yet to lose under the ONE banner, but that will change on Friday morning. Sangmanee has posted eight victories and just two defeats since the start of 2019, but he is now on the hunt for a rebound victory after suffering a decision loss to Thananchai Rachanon at Ruamponkonchon Pratan Super Fight. Kulabdam is 4-2 over the same time span, and he, too, is out to bounce back from a loss after he was finished by Nuenglanlek Jitmuangnon at Yod Muay Thai Naikhanomton.

The remainder of the lineup includes three additional Muay Thai affairs and two MMA bouts. In the co-headliner, Mongkolpetch Petchyindee Academy clashes with fellow Muay Thai flyweight Sok Thy. Meanwhile, the highly decorated Little Tiger makes her ONE debut. In MMA action, France’s Fabio Pinca crosses over from the Muay Thai realm. Pinca will be welcomed to the MMA world by veteran Shannon Wiratchai.

ONE Championship: No Surrender III takes place at Impact Arena in Bangkok, Thailand, on Friday, Aug. 21. The fights kick off at 8:30 a.m. ET and can be seen via pay-per-view on the ONE Championship app worldwide and for free in the United States via B/R Live.

The main-event showdown between Sangmanee Sathian and Kulabdam Sor. Jor. Piek Uthai will decide the remaining finalist in the bantamweight Muay Thai tournament, with last week’s victor Saemapetch Fairtex awaiting them. Which man comes out on top?

This headliner may not carry quite as much star power as Saemapetch’s semifinal rematch with Rodlek PK.Saenchaimuaythaigym, but these young fighters are already quite accomplished in the Muay Thai realm.

Sangmanee, 23, already has 132 fights and more than 100 wins under his belt. He’s a former Rajadamnern Stadium and Lumpinee Stadium champion. He was on a seven-fight winning streak until a February loss to Thananchai Rachanon, but he remains undefeated through two appearances thus far in the ONE ring. Sangmanee has picked up 30 of his wins by knockout, and he has bested such notables as Azize Hlali, Rafi Bohic, Yadpanomrung Jitmuangnon and Superlek Kiatmuu9.

Kulabdam is two years younger than his opponent. The southpaw is also a decorated competitor at Lumpinee Stadium. He checks in with 67 career victories, including one in his lone ONE appearance against Bobo Sacko. The youngster has knockout power, but he’s been more likely to end up on the receiving end of a finish over the last year and a half.

This figures to be a competitive fight, but Sangmanee’s experience could be the difference. These two men both fight out of a southpaw stance and use a powerful mix of kicks and punches to punish their opponents. While a knockout is a possibility, this fight is more likely to make it to the final bell. When the dust settles, the judges will give the nod to Sangmanee. It could be just the start of a longer rivalry for these two young fighters.

Are there any other particularly significant Muay Thai affairs in this six-fight lineup?

This is a buffet full of action for Muay Thai enthusiasts.

The co-headliner features a pair of aggressive flyweights in Mongkolpetch Petchyindee Academy and Sok Thy. Mongkolpetch is yet another Lumpinee Stadium champion featured in this lineup, while Thy holds a Kun Khmer world title. The edge has to go to Mongkolpetch, but it’s bound to be a great fight regardless of the outcome.

There are also two key women’s Muay Thai contests, including the promotional debut of Little Tiger, a six-time world champion. Tiger clashes with Estonia’s Marie Ruumet as she begins her campaign toward a title shot in a division that needs more depth. And speaking of depth, the strawweight division, which is without a champion, gets an injection of talent when Wondergirl Fairtex and Brooke Farrell make their ONE debuts.

This card essentially continues ONE’s recent trend of spotlighting the striking arts, and it holds plenty of promise with these match-ups.

Are the MMA contests of any true importance?

In the grand scheme of things, no. However, one of the two MMA bouts on the docket does feature two-time WBC Muay Thai champion and Rajadamnern Stadium titleholder Fabio Pinca. It will be the first excursion into MMA for the French star, who meets 15-fight MMA veteran Shannon Wiratchai. Given Pinca’s experience in Muay Thai, it makes sense to pair him with a more seasoned MMA fighter. The 31-year-old Wiratchai serves as an entry-level test for Pinca, though. Wiratchai, who possesses a judo background, has lost four straight and five of his last six outings. If Pinca can’t score a victory here, he’s probably better off sticking with Muay Thai.

The other MMA fight, which pits Ben Royle against Quitin Thomas, is a battle of pride between two camps in Phuket, Thailand. Royle reps Phuket Top Team against Thomas, who trains with Tiger Muay Thai. These two guys are early in their MMA careers, but they are miles away from establishing themselves as contenders in ONE’s lightweight division. Royle should ultimately come out on top.