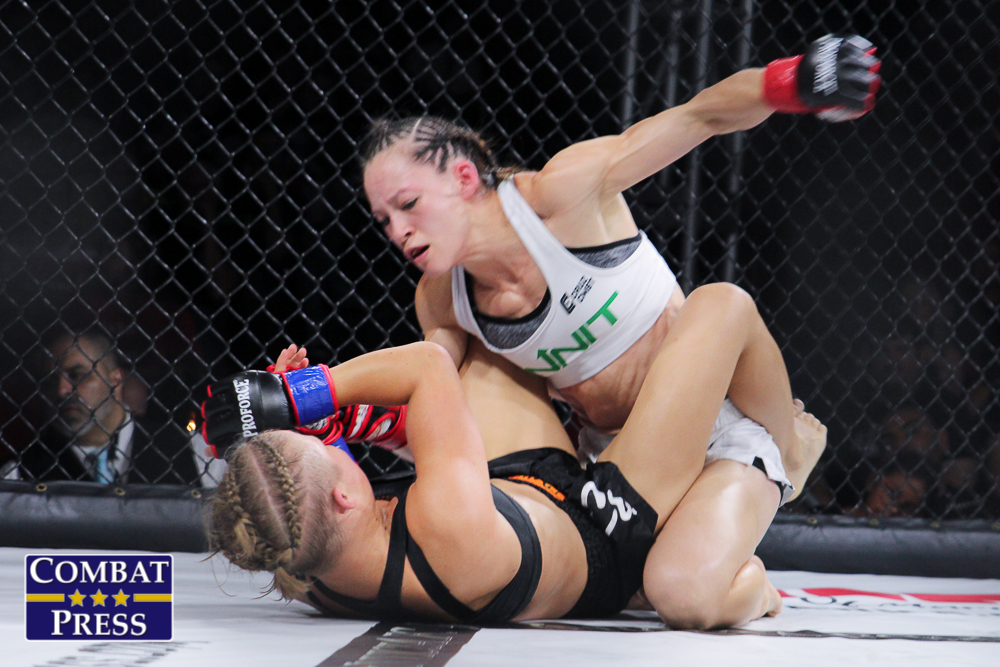 In the night’s main event, atomweight champion Jinh Yu Frey rematched Minna Grusander. The pair battled at Invicta FC 30 earlier this year, with the Texas fighter Frey capturing the belt via controversial decision. Finland’s Grusander was out for revenge in her third promotional appearance.